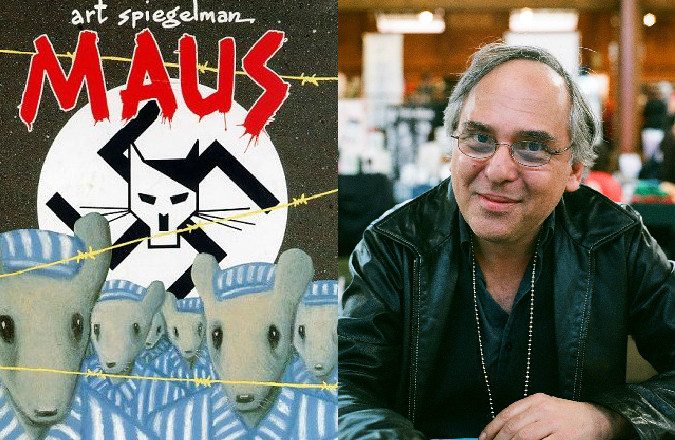 (JTA) — Art Spiegelman, the cartoonist best known for his Pulitzer Prize-winning “Maus” graphic novel about the Holocaust, called the group that sponsored a contest in Texas for cartoons of the Prophet Muhammad a “racist organization.”

Two gunmen fired at participants in the suburban Dallas cartoon contest on Sunday, but police killed the assailants. The Islamic State, or ISIS, claimed responsibility for the attack.

In an interview with Time about an award given by the PEN writers’ group to France’s Charlie Hebdo satirical magazine — in defiance of  protests by some PEN members — Spiegelman said this week that the American Freedom Defense Initiative is “exactly the nightmare version that the writers who were protesting the PEN award thought Charlie was.” The New York-based blogger Pamela Geller founded and leads the initiative.

Geller, Spiegelman said, “is intentionally trying to start a war of culture with Islam by saying that all Muslims are terrorists under the surface, and we’re going to prove it.”

In addition to the cartoon contest, Geller’s group has also put out controversial anti-Muslim ads on public transportation in several U.S. cities.

While noting that Geller and her organization deserve free-speech protection, it does not, unlike Charlie Hebdo, deserve a “courage award.” Muslims had objected to the caricatures of Muhammad on Charlie Hebdo covers.

“Maus” was pulled recently from Russian booksellers because it features a swastika on the cover.