For Netanyahu and Obama, mistrust is personal — and cynical 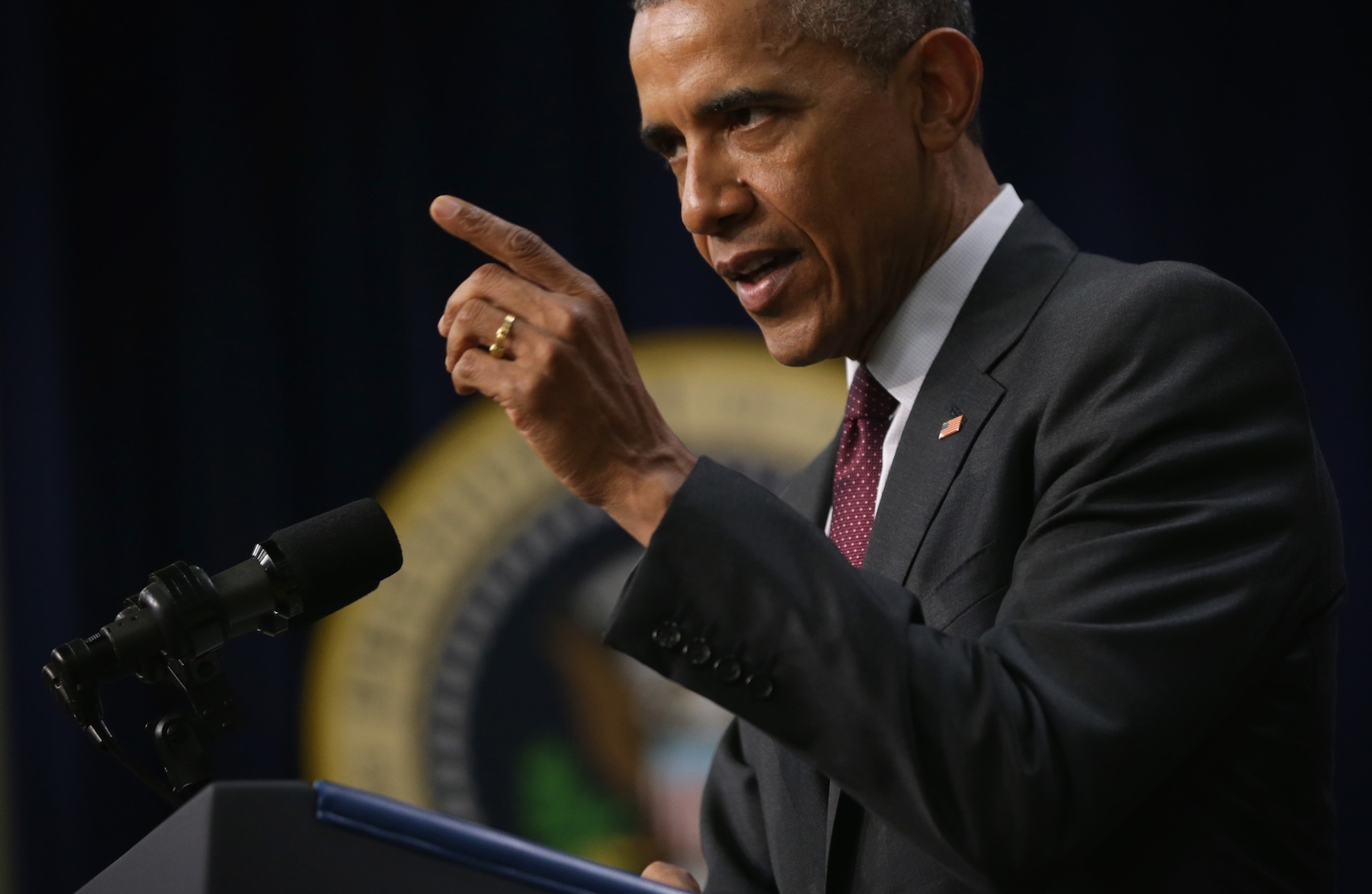 WASHINGTON (JTA) — Obama administration officials have long contended that the friction between the U.S. president and Israeli Prime Minister Benjamin Netanyahu is not personal and that American support for Israel remains as robust as ever — and arguably even more robust by some metrics.

But a year of tense and angry exchanges between President Barack Obama and Netanyahu has yielded an atmosphere of deep mistrust, with each side insinuating the other is acting in bad faith. Conversations with current and former officials from both countries, as well as with Jewish community sources, suggest that there is a deeply personal dimension to the mistrust, with each leader and his aides ascribing malevolent motives to the other side.

“Part of the reason there’s a presumption of bad faith is that the channels of communication aren’t working,” said Ilan Goldenberg, until last year the chief of staff on the State Department’s Middle East peace team. “When you don’t talk to the other side a lot, you assume bad faith.”

Accusations of bad faith are sharpest in conversations behind closed doors, but the acrimony has found its way into what would normally be routine statements of friendship.

Congratulating Netanyahu on May 7 on forming a new government, the White House said that it “looked forward” to discussing with Israel’s leaders “the importance of pursuing a two-state solution” — a pointed rejoinder to Netanyahu, who pledged on the eve of his reelection not to allow the establishment of a Palestinian state on his watch, though he subsequently clarified that he remains committed to a two-state solution but conditions are not yet ripe for it.

Notably, when another conservative prime minister of an allied nation won a surprise reelection this week — Britain’s David Cameron — Obama’s message avoided mention of policy disagreements and spoke of “building on an already close relationship” between the two leaders, a personal touch that was lacking from the Netanyahu statement.

Netanyahu also routinely laces statements with barely veiled gibes at Obama and his team, as he did in a May 3 statement in Jerusalem following a meeting with visiting Sen. Rob Portman, R-Ohio. Referring to a possible nuclear deal with Iran, Netanyahu pushed back at “those who tell us that this will not endanger Israel.”

The Obama administration argues that the emerging deal is the best formula for diminishing the danger posed by Iran. Still, Netanyahu is said to bristle at what he perceives as Obama’s condescension in dictating to Israel what outcome is best for his nation.

Netanyahu plans to keep up the public pressure until the June 30 deadline for a deal and beyond, according to Israeli sources. The perception in his camp is that Israel paid a political price for the prime minister’s March 3 speech to Congress — organized with Republican congressional leaders behind the back of the White House — through the loss of Democratic support. But the price was worth it, Netanyahu’s people say.

U.S. officials believe that the speech to Congress was little more than a reelection ploy by Netanyahu and do not countenance the notion that he is desperate to inhibit Iran’s advance toward becoming a nuclear-armed regional hegemon.

The question among Obama administration officials is why Netanyahu is not making his case in private. Netanyahu is said to have despaired of the closed-door route when he found out in 2013 that the United States had opened a secret channel to Iran to launch the nuclear talks, and then again earlier this year when the U.S. began limiting its reporting to Israel on the talks, citing what American officials said were distorted leaks of material.

“The Israelis want to make it better, but they don’t understand they have to cool the rhetoric down, that they can’t take it to Congress and to TV,” Goldenberg said.

Both sides insist that military and intelligence cooperation are unprecedentedly close. What is suffering is the diplomatic dimension, which has devolved from an intimate conversation to a hostile game of chess, with each side advancing moves it hopes will keep the other in check.

Israelis dismiss Obama’s fury with Netanyahu for his Election Day rhetoric invoking hordes of bused-in Arab voters as payback for the Congress speech. Not acknowledged is how the first black American president, who has written searingly about his efforts as a community organizer to enfranchise impoverished blacks, would take Netanyahu’s statement to heart.

Meanwhile, both Netanyahu and Obama see American Jews as a natural constituency that the other guy is trying to muscle. Israelis were amazed last month when Obama spent over an hour with Jewish delegations twice on the same day.

One casualty of the communications breakdown is coordination on pushback against an intensified Palestinian effort to corner Israel with hostile resolutions in international forums. Samantha Power, the U.S. ambassador to the United Nations, told Congress last month that the United States would continue to stand by Israel “when it matters,” suggesting that there may be some diplomatic actions targeting Israel that are not worth the effort to deter.

In an April 30 speech to the Washington Institute for Near East Policy, Vice President Joe Biden for the first time explicitly warned Iran that Obama was ready to go to war to keep it from acquiring a nuclear weapon should the talks fail. But he also twice mocked Netanyahu in the speech for overblown rhetoric.

At a speech at the Israeli Embassy’s Independence Day party on April 23, Biden likened the recent spat to a family feud.

“We’re like family,” he said. “We have a lot to say to one another, sometimes we drive each other crazy, but we love each other and protect each other.”

“Protect” is still very much on. “Love” is an open question.