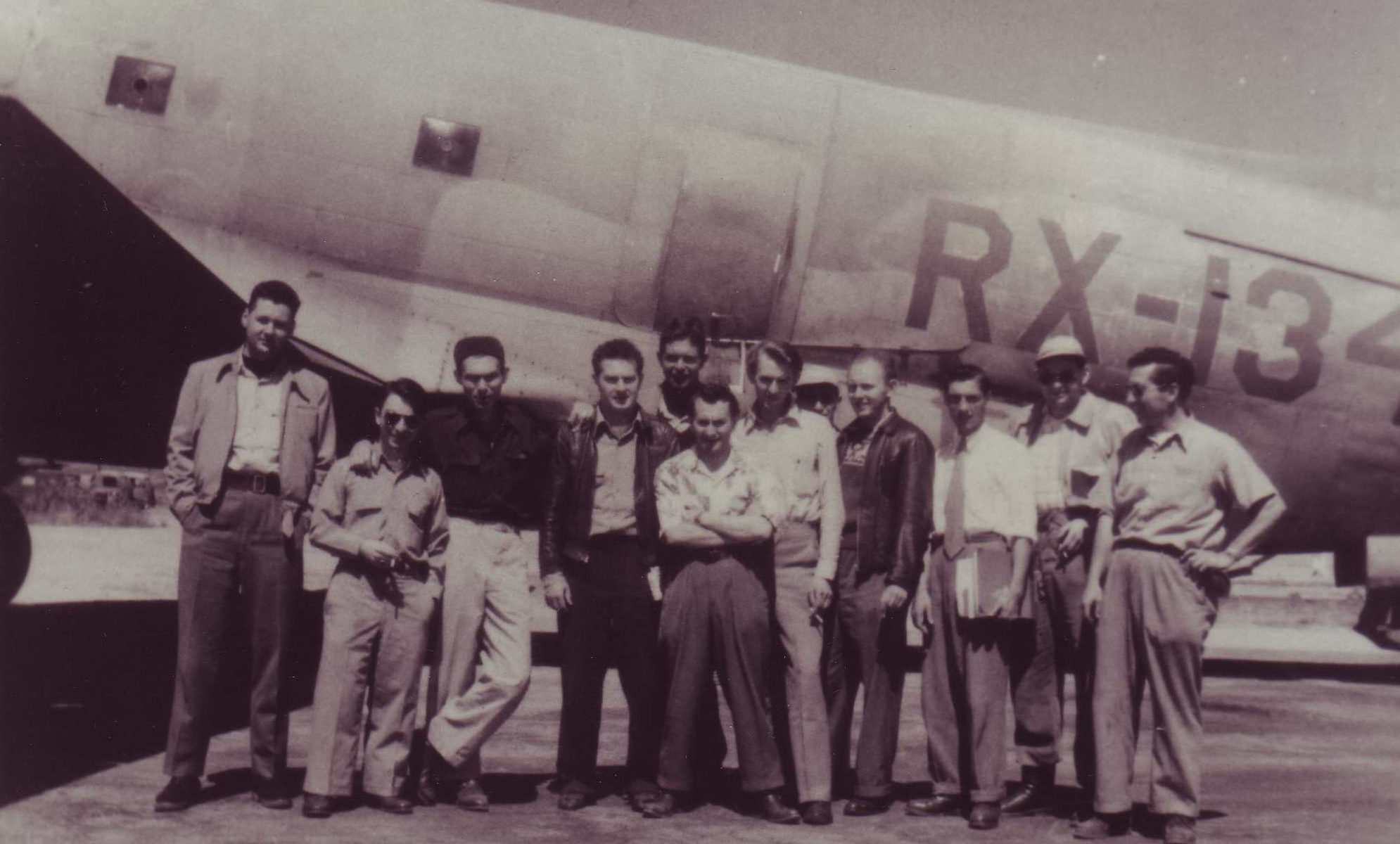 LOS ANGELES (JTA) — The Israeli Air Force is getting its moment in the spotlight, with two documentaries airing on television stations and at film festivals, while a feature movie waits in the, ahem, wings.

The focus of the films is not on today’s highly professional IAF or its astonishing exploits during the Six-Day War in 1967, but on its very beginnings in 1948, when the newborn Jewish state faced an onslaught by six well-armed Arab militaries.

With fewer than a handful of trained pilots, no combat planes and an arms embargo by the United States and the rest of the world, Israel’s survival depended to a large extent on a vast international smuggling operation of arms and aircraft, and on the skills of foreign volunteers tested in the air battles of World War II.

As detailed in the first documentary, “A Wing and a Prayer,” it took an incredibly brazen and ingenious “conspiracy” to establish a transnational pipeline through which flowed everything from swastika-emblazoned rifles to B-17 Flying Fortresses to arm the nascent Jewish state. 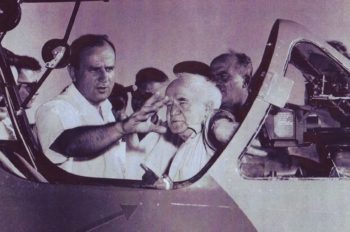 At the head and center of the vast operation was Al Schwimmer, a World War II combat pilot and TWA flight engineer. Schwimmer, a Jewish New Yorker, bought a fleet of some 30 American bombers and cargo planes at war surplus prices and recruited U.S. combat veterans to ferry them overseas under the guise of a fictitious Panamanian airline, always staying one step ahead of the FBI and a hostile U.S. State Department.

The Czech government supplemented Schwimmer’s air force by selling knockoffs of the German wartime Messerschmitt fighter planes, whose unexpected appearance brought to an abrupt halt an Egyptian army that was marching on Tel Aviv.

Appropriately, then-Prime Minister David Ben-Gurion described Schwimmer as the Diaspora’s single most important contribution to the survival of Israel.

Schwimmer, who for obvious reasons never used his given birth name of Adolph, in 1950 was stripped of his citizenship by the American government for violating the U.S. Neutrality Act.

The following year, Schwimmer was running an aircraft maintenance company in Burbank, California, when at Ben-Gurion’s urging he returned to Israel to establish a company building and servicing commercial and military planes. By the time Schwimmer retired in 1988, his company, Israel Aerospace Industries, was the largest company in Israel and valued at $1 billion.

“A Wing and a Prayer” is the creation of Boaz Dvir, a Penn State University senior lecturer and documentary filmmaker who had the foresight to conduct lengthy interviews with Schwimmer one year before his death in 2011. In addition, Dvir interviewed 29 other veterans involved in the airlift and subsequent combat. He put in seven years researching and producing the film on a modest budget of $135,000, of which $70,000 came from his own pocket. 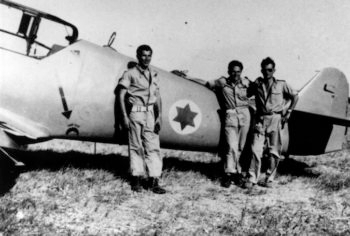 Lou Lenart, left, and other fighter pilots in front of the Avia S-199 plane. (Courtesy of Boaz Dvir)

Although the volunteer airmen came from half a dozen countries, the film, directed by Roberta Grossman, is aimed chiefly at a North American audience and hones in on the stories of the American and Canadian volunteers.

Nancy Spielberg, the youngest sister of the Academy Award-winning filmmaker Steven Spielberg, is the producer and says she stands in awe of the now grizzled flying volunteers of the 1940s.

“These men are heroes and the stories of their exploits are incredible,” she said. “It is an honor to talk to them and to show what they did.”

The third entry in the IAF film quasi-derby is “Angels in the Sky,” a work in progress by Mike Flint. Flint grew up on the stories told by his dad, Mitchell Flint, who battled Japanese planes in World War II before joining Israel’s pioneering 101 Squadron in 1948.

Mike Flint, a former head of the Paramount Pictures story department, has been involved in developing such films as “Top Gun” and “Forrest Gump,” and is the founder of the Producer and Management Entertainment Group. He began work on “Angels in the Sky” more than five years ago, conceiving it as a documentary along the same lines as Grossman’s “Above and Beyond.” Recently, however, Flint decided to switch genres and is now aiming for a feature movie, focusing on the stories of four pilots hailing from California, New York, England and Canada.

Still in pre-production stages, the film’s budget is projected at $60 million. Flint said that retired Los Angeles businessman and financial adviser Mark Lansky, nephew of the infamous mobster Meyer Lansky, is the executive producer and chief backer. Lansky emphasized repeatedly in an interview with JTA that he is backing Flint’s project in the belief that “those who support Israel are blessed.”

The blessed apparently include his uncle, who supplied Israel with weapons and money in 1948 — a topic that Lansky is addressing in another film he is producing that focuses not on Meyer Lansky’s well-known role as the “brains” and “accountant” of the Lucky Luciano and Bugsy Siegel gambling empires in the United States and Cuba during the 1930s and ‘40s, but about his work for the U.S. government during World War II and his efforts on behalf of Israel.

While the three films focus on overseas volunteers — some 4,000 foreign volunteers, collectively known as Machal, the Hebrew acronym for Volunteers from Abroad, served during the War of Independence — it’s worth emphasizing that without diminishing the contributions of these men and women, the war was won first and foremost by the Israelis themselves, who bore the overwhelming brunt of casualties in dead and wounded.

The American Jewish Historical Society in New York will host a screening of the film at 7 p.m. May 18, followed by a Q&A with Dvir and historical consultant Ralph Lowenstein. For information and tickets, click here or call (212) 294-6160.

“Above and Beyond” is now available on iTunes, Amazon Instant Video, Google Play, Sony Playstation, Verizon, AT&T and DirecTV.