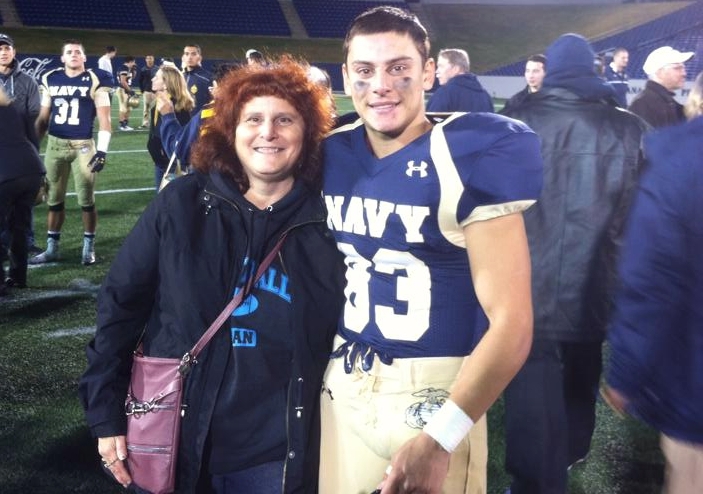 Justin Zemser with his mother, Susan, in a photo posted on her Facebook page in November 2014. (Facebook)
Advertisement

NEW YORK (JTA) — Justin Zemser, a Jewish sophomore at the U.S. Naval Academy who aspired to become a Navy SEAL, was one of seven people killed when an Amtrak train derailed in Philadelphia Tuesday night.

Zemser, 20, who was vice president of the academy’s Jewish Midshipmen Club and a wide receiver of the school’s sprint football team, was on his way home to the Far Rockaway section of Queens when the train derailed.

“I would say to Justin, ‘I hope I live long enough to see you become the first Jewish American president,’ and we would laugh about it,” Zemser’s uncle, Richard Zemser, said, according to the Los Angeles Times. “The more I thought about it, I meant it. This was a kid who was destined for phenomenal things.”

“He was wonderful. Absolutely wonderful,” Zemser’s mother, Susan Zemser, told reporters Wednesday outside her home, NBC News reported. “Everybody looked up to my son and there are just no other words I could say.”

The Amtrak accident was not the first disaster Zemser, an only child, had experienced firsthand. Hurricane Sandy damaged his school in 2012, when he was a high school senior, the Daily News reported.

The family released a statement mourning “a loving son, nephew and cousin who was very community-minded” and saying his death “has shocked us all in the worst way.”

Navy Secretary Ray Mabus called Zemser a “crucial member” of the institution, according to NBC News.

Rachel Jacobs, another Jewish passenger on the New York-bound train, is still missing. Her mother, Gilda Jacobs, is a former Michigan state senator.