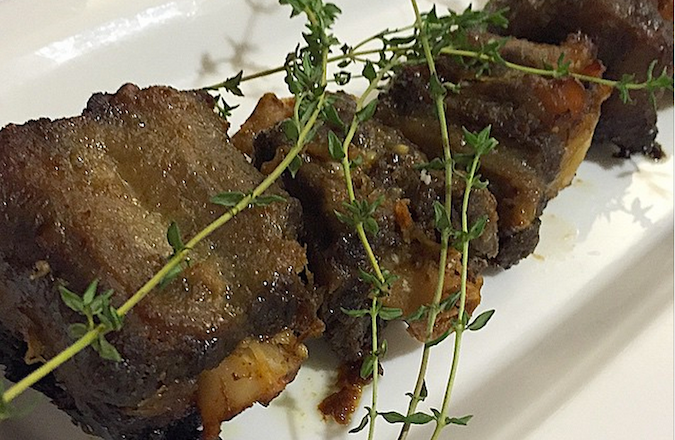 The May 5 dinner, held at Congregation Shearith Israel, known as the Spanish-Portuguese synagogue, was meant to highlight animals and other foods that are kosher but rarely consumed by observant Jews, such as oxtail, locusts, quail eggs and organ meat from calves, chickens, ducks and other animals. The so-called Halakhic Dinner combined the exotic dishes with Jewish teachings about them and was led by the synagogue’s rabbi, Meir Soloveichik. Similar dinners have taken place in past years.

After the dinner, about 20 people reported gastrointestinal distress, according to Vos Is Neias, an Orthodox blog and news site. The blog cited Dani Klein, who runs the YeahThatsKosher blog and attended the dinner, as saying that his wife tested positive after the dinner for campylobacter, a bacteria associated with raw or uncooked poultry, unpasteurized dairy products or contaminated water, poultry or produce.

A spokesman for the city’s Department of Health, Christopher Miller, told JTA, “We’re investigating and working with the synagogue.”

Klein declined to be interviewed on the subject.

“It is still undetermined that the event was the official cause. Let the DOH determine that,” Klein wrote in an email to JTA. “The Spanish Portuguese synagogue were gracious hosts for the event. Rabbi Meir Soloveichik hosted the event and both entertained and educated us. Overall, it was an enjoyable event.”

An advertisement for the event listed the Vaad of Riverdale as the kosher supervisor for the dinner, but an official with the Vaad told JTA that his group was not involved in the event and referred JTA to a catered company he said hosted it. The catering company did not respond to email or phone inquiries. The synagogue also did not return a telephone inquiry. 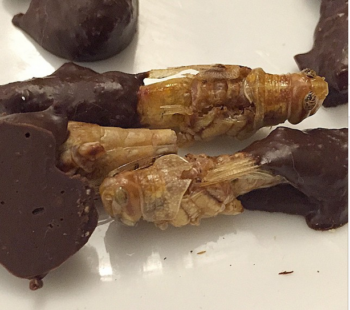 Chocolate-covered locusts from the dinner. (YeahThat’sKosher/Instagram)

“Did you know that giraffes are kosher? How about locusts? They are!” read a promotion for the event on Shearith Israel’s website. “Rabbi Soloveichik will entertain and enlighten with a special lecture over dinner. We’ll learn about some far out there kosher foods, and we’ll eat a few of them too. Goat, venison, bison and squab are just a few of the expected featured ingredients. Come hungry and adventurous.”

One patron who said he ate every dish served at the dinner and did not fall ill said about 300 people attended and he hadn’t heard about any sickness until reading about it on blogs.