The best Herman Wouk story (almost) no one has read 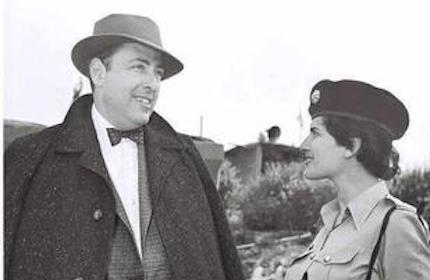 There will be countless well-deserved tributes tomorrow to Herman Wouk on his 100th birthday.

The Pulitzer Prize-winning American Jewish author will be celebrated for his classic works, such as “Marjorie Morningstar,” “The Caine Mutiny,” “The Winds of War” and “War and Remembrance.” In 1959, when I was 6 years old, his first work of nonfiction, “This is My God: The Jewish Way of Life,” assumed a prominent place on my parents’ bookshelves, and I have it in my home today. Remarkably, he is still writing, and his new book, “Sailor and Fiddler: Reflections of a 100-Year-Old Author,” will be released later this year.  In a statement issued by his publisher, Simon & Schuster, Wouk said “I’ve lived to a great age, and for that I thank Providence. To the readers who’ve stayed with me for the long pull, my warm affection, and I hope you’ll enjoy the light-hearted memoir about my writings.”

Amid all the praise for the memorable literature Wouk has created, I would like to pay tribute to him for a short story — an extremely short story — that he wrote 46 years ago. It was never published, and it’s likely that only one person other than myself ever read it. And, I shouldn’t have.

It was a hot July day in 1969, and everyone at Camp Ramah in Palmer, Massachusetts had stayed up late the night before to watch history being made. We had seen Neil Armstrong take that one small step for a man, one giant leap for mankind, on a tiny black-and-white TV with rabbit ears antenna, perched on a wooden chair on the porch of our dining hall.

But now we were back to our normal routine, and I was assigned to pick up the day’s mail for the three bunks of boys in my division. During my walk back from the camp post office across the field, I started sifting through the various items, looking to see if I’d received anything that day, and one postcard caught my eye. Dated July 16, it was from Herman Wouk to his son Joey, who was in the next bunk over from me.

Wouk and his wife had been invited to the Kennedy Space Center for the blastoff of Apollo 11, and he described the event in vivid detail to his son. I don’t remember his exact words, but I recall being captivated by the evocative language he used to convey the intensity and excitement of that profoundly moving moment at 9:32 a.m., when the spacecraft cleared the tower and roared towards the heavens. He spoke of the flames and smoke, the immense sound, and how the earth shook below his feet.

Knowing of Wouk’s towering reputation, I was quite exhilarated to be privy to this meant-to-be-private paragraph. And being a good Jewish boy, I also felt deeply guilty that I’d read someone else’s mail.

So, very belatedly, I’d like to say to Joey: I’m sorry. And to Herman on his 100th birthday, I’d like to say: Until 120, Mr. Wouk, and thank you for writing the best postcard I have ever read.