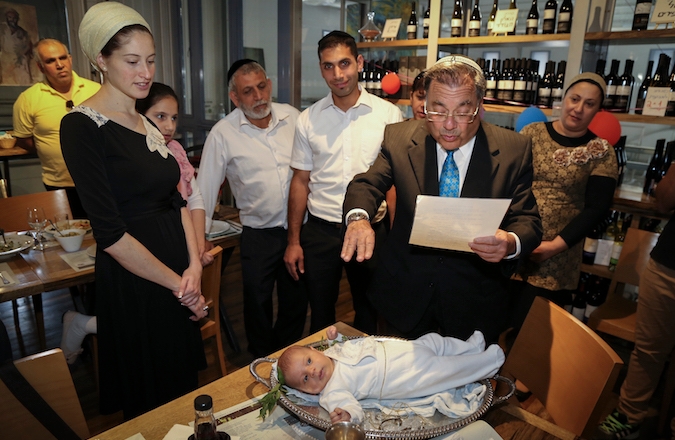 TEL AVIV (JTA) — There’s no shortage of Israelis who want to reform the office of the Chief Rabbinate.

Ranging from advocates of religion-state separation to leaders of Israel’s non-Orthodox movements to newspaper columnists, some want to end the Rabbinate’s monopoly over the country’s religious services; others want to dissolve it entirely.

But this week, the Rabbinate appears to have targeted a leader whose critique of Israel’s religious status quo is more subtle. Shlomo Riskin, chief rabbi of the West Bank settlement of Efrat, has been summoned to a hearing before the Rabbinate next month where he believes his job will be challenged.

Unlike many of the Rabbinate’s critics, Riskin is Orthodox, supports the Rabbinate in its current form and operates within the bounds of Orthodox Jewish law, or halachah. But he has called on the Rabbinate to condone his relatively progressive policies, especially regarding conversion and ordination of women.

The Chief Rabbinical Council, the Rabbinate’s governing body, summoned Riskin to a June 29 hearing to discuss his reappointment as rabbi of Efrat, a town he co-founded in 1983. A spokesman for the Religious Services Ministry, Daniel Bar, told JTA the hearing is part of a process all municipal rabbis age 75 or older must undergo in order to review their health. Riskin is 75.

But Riskin believes the Rabbinate may use the hearing as a pretext to dismiss him.

“I remain very optimistic that the Chief Rabbinate will understand that we’re facing a time bomb with this problem of the Jews from the former Soviet Union,” Riskin said, referring to Israeli immigrants from the Soviet Union who do not qualify as Jewish according to traditional Jewish law. “We can do a wonderful job converting the children as well as the adults in a warm and welcoming fashion.”

Since he received rabbinic ordination more than 50 years ago, Riskin has been a leader in pushing the limits of Jewish law within the modern Orthodox community. He took over Manhattan’s Lincoln Square Synagogue in 1964, transforming it into a modern Orthodox hub focused on outreach. Two decades later, he moved to Israel and co-founded Efrat, today an 8,000-person bedroom community near Jerusalem with a mixed religious-secular population.

In addition to conversion, Riskin has been an outspoken advocate of women’s Torah study. He created a five-year program to train women as Jewish legal authorities on par with rabbis. In February, he appointed Jennie Rosenfeld, who will graduate the program next year, as Efrat’s first female “manhiga ruhanit,” or spiritual leader.

“There’s a moral conviction that he has to his vision of Judaism, an imperative that he feels in bringing that to the world,” Rosenfeld told JTA.

Riskin insists that his conversion process, while more welcoming to converts than the Rabbinate’s, is still done according to Jewish law. That could be part of the Rabbinate’s problem, says Rabbi David Stav, head of the modern Orthodox rabbinical organization Tzohar, who says the Rabbinate views halachic dissent as a challenge greater even than the corruption scandals that have plagued the Rabbinate.

“They won’t remove a rabbi from his position because they saw him break Shabbat or because he’s suspected in some case,” said Stav, who ran unsuccessfully as a reformist candidate for chief rabbi last year. “But a rabbi suspected, God forbid, of conversions different than those accepted in the Chief Rabbinate?” Stav said sardonically, “That’s a reason to take him out.”

Riskin’s allies have closed ranks behind him following the Rabbinate’s summons. Avigdor Liberman, the head of the Yisrael Beiteinu political party and former Israeli foreign minister, weighed in on Riskin’s behalf. From America, liberal Orthodox Rabbis Avi Weiss and Shmuel Herzfeld sent a letter to Israeli Ambassador to the U.S. Ron Dermer protesting the summons, and the two launched an online petition in support of Riskin.

In an email to JTA, the Rabbinical Council of America’s executive vice president, Rabbi Mark Dratch, said, “While the RCA does not agree with every action of the Chief Rabbinate, we support the Chief Rabbinate as the official religious body of Israel. We are certain that, together with Rabbi Riskin, they will find a way to support his continued work as Chief Rabbi of Efrat.”

“I ask myself a lot, why do I still support this institution?” Stav said. “I still want to do everything for this institution to improve and succeed, but not at any price.”

Riskin has remained defiant, telling JTA that he will continue as Efrat’s chief rabbi regardless of the Chief Rabbinate’s decision. But he hopes the Rabbinate will recognize that his positions, while innovative, fall well within the spectrum of Jewish law.

“Throughout Jewish history, especially regarding conversion, there have been two schools — the lenient school and the more stringent school,” he said. “The people of Israel are crying out for the more lenient school.”