Agnieszka Kurant and the art of what’s missing 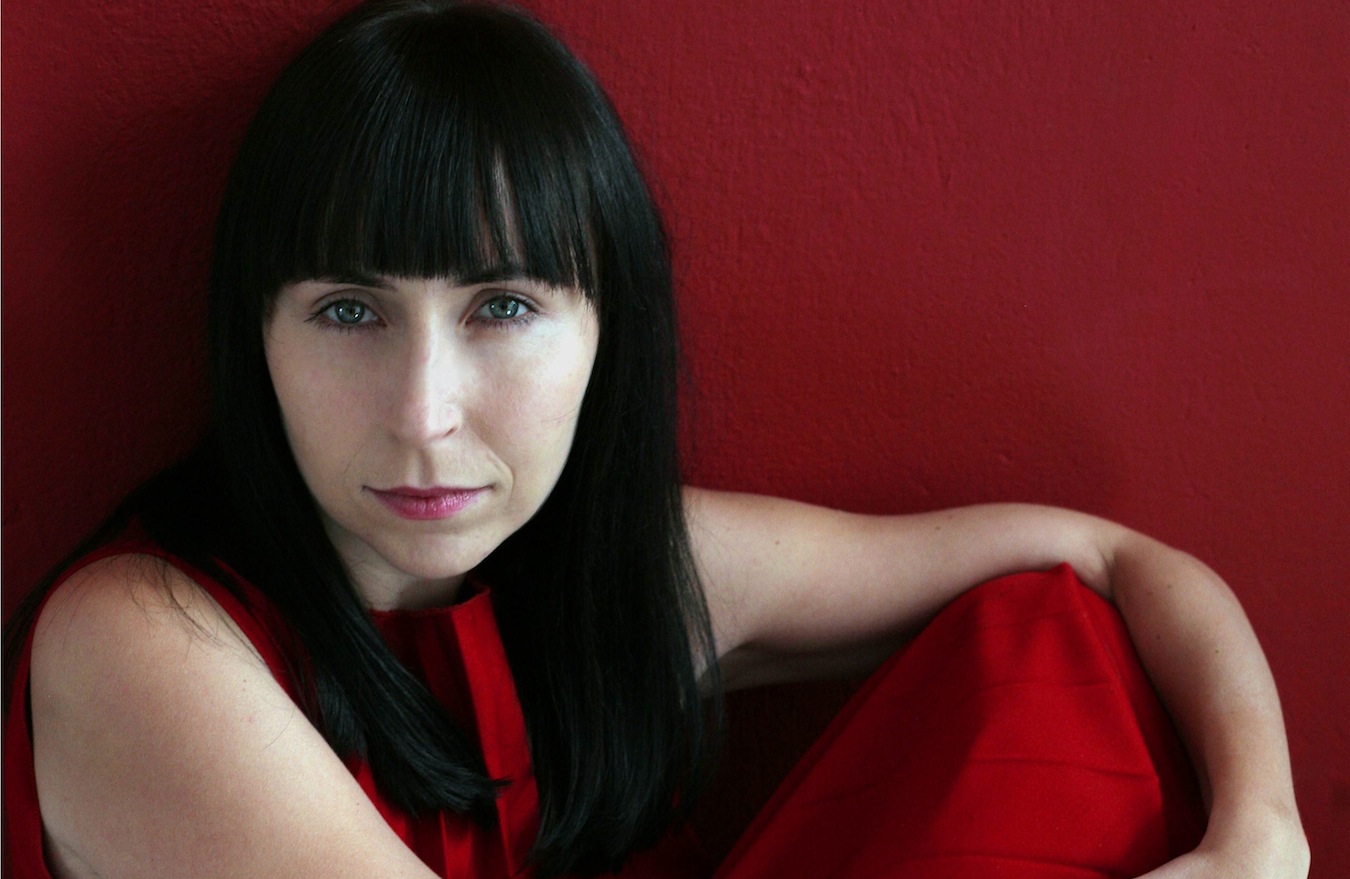 The work of Polish-Jewish artist Agnieszka Kurant will be featured this summer at the Guggenheim museum in New York. (Courtesy photo)
Advertisement

NEW YORK (JTA) — On June 5, Agnieszka Kurant will become one of only a handful of artists to have their work adorn the famous curved facade of the Solomon R. Guggenheim Museum here.

Kurant’s “The End of Signature,” a neon white projection created from the actual signatures of museum visitors with the help of a computer program, is an evolving light sculpture that the Polish-Jewish artist calls an ode to the disappearing art of handwriting. The “collective signature” will be visible on the Manhattan building at night and is similar to a work projected in blue outside a shopping mall in Holland in 2013.

“It’s like the signature of an invisible hand of a collective body,” said Kurant, a self-described post-conceptual artist now based in New York. 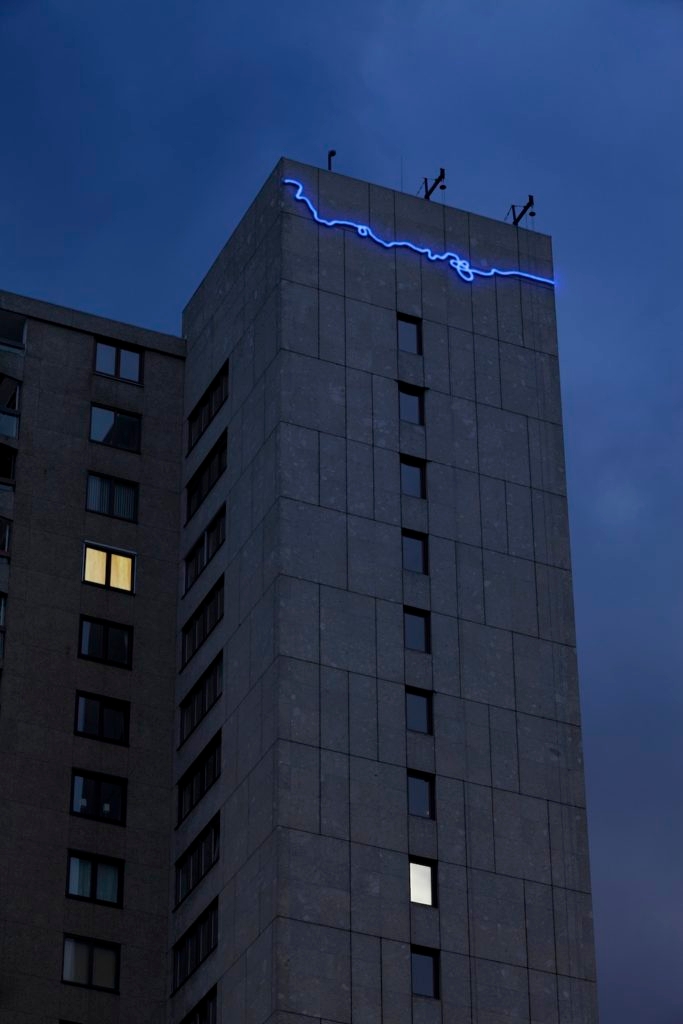 Agnieszka Kurant’s “The End of Signature” projected on to a shopping mall in Holland in 2013. (Jannes Linders)

Her work will also be on display inside the Guggenheim as part of its summer contemporary art show. “Phantom Library” comprises 112 fictional books, originally mentioned in novels, lined up on a shelf. Kurant has given the books physicality, complete with ISBN numbers and bar codes.

Invisibility and the power of what cannot be seen are constants in the work of Kurant, who learned only as a teenager that her mother’s family was Jewish. Kurant’s maternal grandparents were Holocaust survivors, and her mother, who spent most of her life in communist Poland, had been afraid to tell her daughter the truth.

Her family’s choice to keep her cultural and religious background hidden has weighed ever since on Kurant and her work.

“I’m particularly interested in how certain narratives are suppressed in collective memory,” she said.

Kurant was born and raised Catholic in Lodz. At 14, she accompanied her mother’s family to visit family graves in Warsaw. Noticing the Jewish stars etched on the tombstones — sometimes appearing alongside swastikas — she learned that her mother’s family was Jewish.

“When my mother was growing up, Jewish origin was taboo,” said Kurant, who until now has not discussed her Jewish identity in the media. “My maternal grandparents changed their names during the war and kept the fake names. … They had a fake Catholic wedding during the war and baptized my mother when she was born.”

Kurant’s mother’s family had been secular Jews, part of the Warsaw intelligentsia before the Holocaust. During the war they were hidden by a German businessman who allowed them to work in his factory. Her grandfather was a well-known surgeon in Lodz after the war. But in 1968, amid a wave of anti-Semitism in Poland that led to an exodus of 20,000 Jews from the country, he lost his job and was forced to live out his professional life at a small provincial hospital on the outskirts of the city, which is some 85 miles southwest of Warsaw.

Now working out of the Tanya Bonakdar Gallery in Manhattan, the up-and-coming Kurant has exhibited her work at the Tate Modern in London and at New York’s MoMA PS1, one of the major institutions in the United States dedicated solely to contemporary art. She is preparing for an upcoming exhibition at the Center for Contemporary Art in Tel Aviv. In 2010, she represented Poland at the Venice Biennale.

Before moving to the United States permanently 3 1/2 years ago, Kurant lived on Chlodna Street in Warsaw, the site of a bridge that once connected the small and large Jewish ghettos. She was struck by the absence of a Jewish memorial at the site, which has monuments to Polish victims of the 1919-21 Polish-Soviet war and a monument to a Polish priest who lived on the street and was murdered by communists in 1984. The Jewish narrative, Kurant says, was suppressed.

So in 2009, along with the Polish artist Anna Baumgart, Kurant created “(…),” a huge sculpture of movable balloons commissioned by the Museum of the History of Polish Jews in Warsaw. The ellipsis between parentheses suggests a gap in narration.

“It was created as an ‘anti-monument,’ a way of showing what was not there,” Kurant said, describing the piece as a “portable monument-for-hire for places where unresolvable conflict exist, or where there are problems impossible to discuss and where certain discourses were suppressed in collective memory.”

Since learning about her own family’s suppression, Kurant says she has embraced her Jewish-Polish cultural identity.