How do you say Limmud in Armenian? 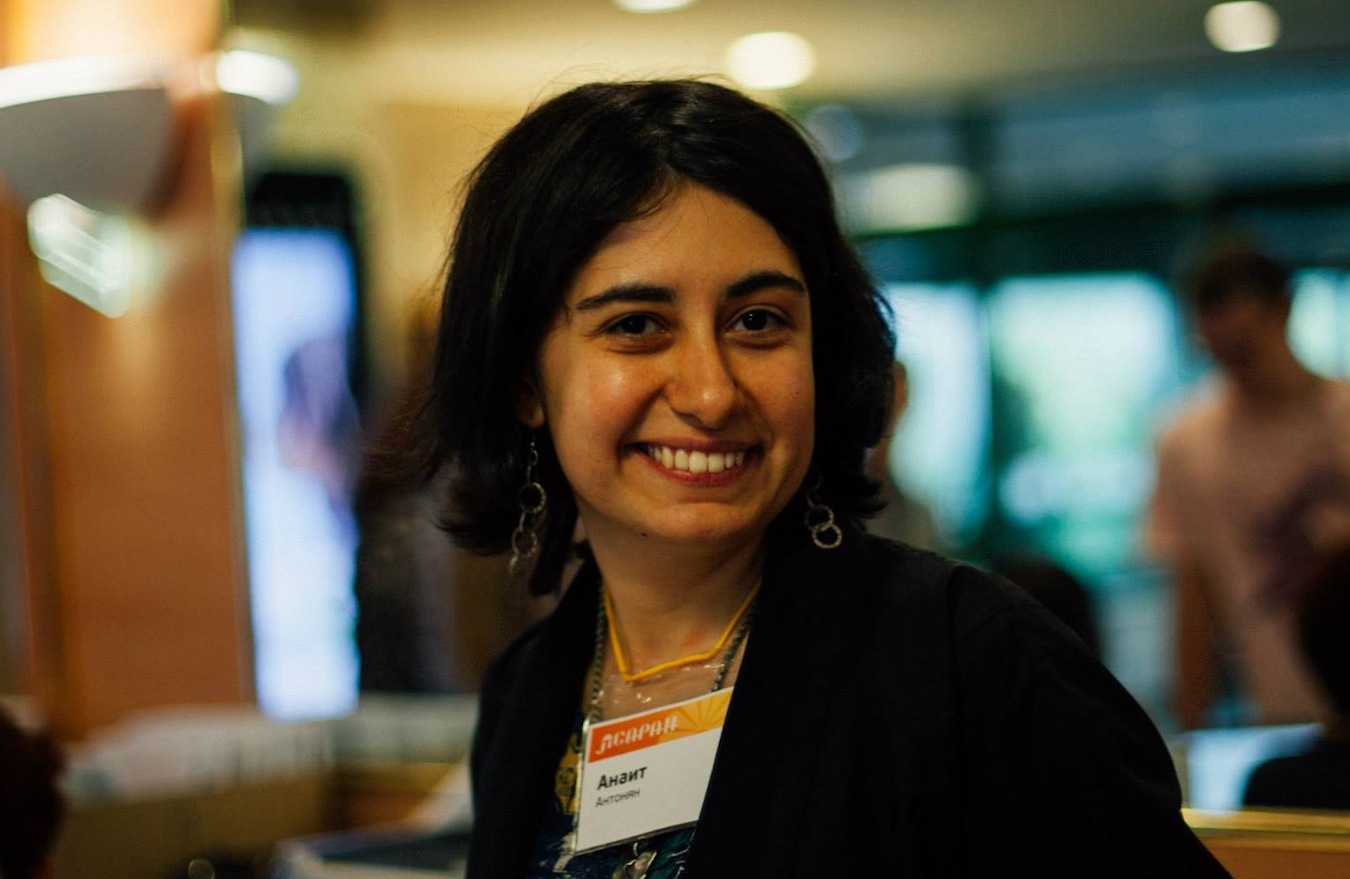 Anahit Antoyan, a member of the Lsaran organizing committee, at the group's first conference in Moscow, May 22, 2015. (Anna Ayvazyan/Lsaran)
Advertisement 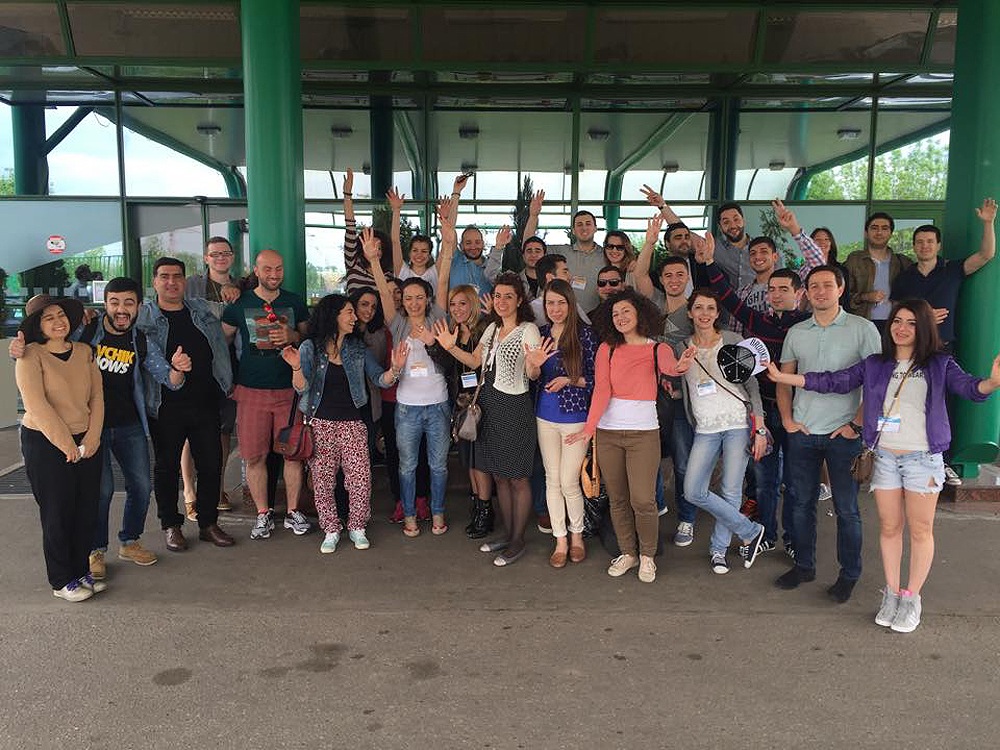 Participants in the Lsaran conference, which was inspired by the Limmud Jewish learning events, in Moscow, May 22, 2015. (Lsaran)

MOSCOW (JTA) — As soon as she entered the lobby of the Vinogradovo Holiday Inn in Moscow on May 22, Tatiana Pashaeva felt like she was in her element.

A project manager for Limmud FSU, a nonprofit that organizes Jewish learning events across the former Soviet Union, Pashaeva is used to engaging with large numbers of conference participants struggling to conduct conversations over the noise of their scampering children.

As at every Limmud event, Pashaeva was met with abundant choices from a multi-track program whose trademark diversity and high intellectual caliber have helped spread the Limmud format to Jewish communities from Melbourne to Malmo.

But Pashaeva was not at a Limmud conference. She was at Lsaran, a Limmud-inspired spinoff aimed at Moscow’s community of ethnic Armenians that Limmud officials say3 is the first adaptation of their formula by a non-Jewish community outside of Britain, where Limmud started more than 30 years ago.

The idea for an Armenian Limmud came from Evgenia Teryan, a financial consultant who attended Limmud Moscow five years ago at the invitation of some Jewish friends.

“I think it was the atmosphere that I liked more than anything else,” Teryan said. “How various parts of the Jewish community come together — religious with secular, young with old, professors with musicians with dreadlocks. We have religious events. But we didn’t have that.” 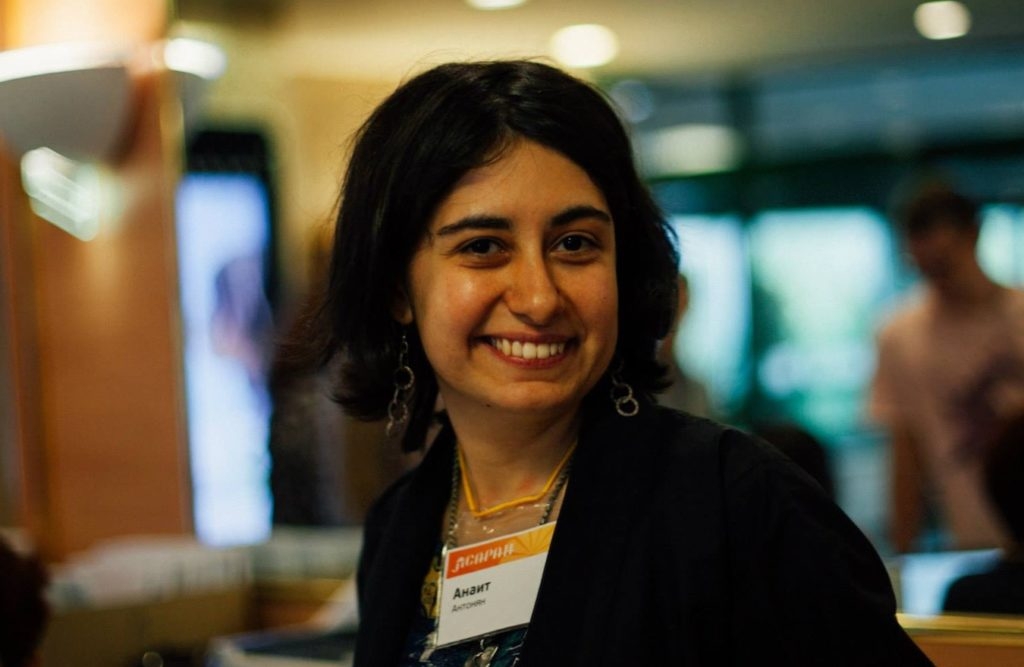 Anahit Antoyan, a member of the Lsaran organizing committee, at the group’s first conference in Moscow, May 22, 2015. (Anna Ayvazyan/Lsaran)

At least 2 million ethnic Armenians are believed to live in Russia, though estimates vary widely. The community has produced a disproportionate number of scientists, artists, business leaders and high-tech innovators, but suffers from a lack of robust communal life, according to Anahit Antonyan, a sociologist and a member of Lsaran’s organizing committee.

“Moscow has no Armenian community in the true sense of the word, namely one that preserves culture, traditions and language,” Antoyan told the news site www.barev.today.

According to Teryan, Armenians exhibit a communal emphasis on education, which makes them prime Limmud material. And if attendance is any indication, she may be right: More than 300 people showed up for Lsaran; organizers expected 200.

“A conference that uses intellectual stimulation to build communities may not be the best strategy for every ethnicity,” Teryan told JTA in an interview conducted in April at Limmud Moscow, which she attended to get some last-minute pointers ahead of Lsaran. “But I believe it will be as effective for Armenians as it is for Jews.”

Lsaran featured lecturers such as Slava Stepanian, an Armenia-born filmmaker who founded the Moscow Armenian Theater after moving here from Georgia, and Karen Dashyan, who at 37 is the co-founder and managing director of a successful Russian investment bank in addition to being an award-winning triathlete.

Like Limmud, the conference’s name translates as “learning.” And like Limmud, where at least a few lectures typically focus on the Jewish people’s darkest hours, Lsaran featured several events dealing with the Armenian genocide, whose centennial anniversary was commemorated across the world in April.

Where the two communities differ, however, is in the existence of a robust infrastructure that supports cultural activities in the Diaspora. Lsaran organizers paid $4,600 from their own pockets to put on the event because the donations they gathered from wealthy Armenians were not enough to cover the costs.

But in other respects, Armenians have stronger ethnic ties than Russian Jews, said Pashaeva, the Limmud FSU project manager. Virtually everyone at Lsaran speaks both Armenian and Russian, while command of Hebrew among Russian Jews is far less common. When Lsaran ended, she said, 100 people filled the hotel dance floor to sing Armenian folk songs and perform traditional dances.

“We don’t really dance the hora at Limmud just yet,” Pashaeva said.