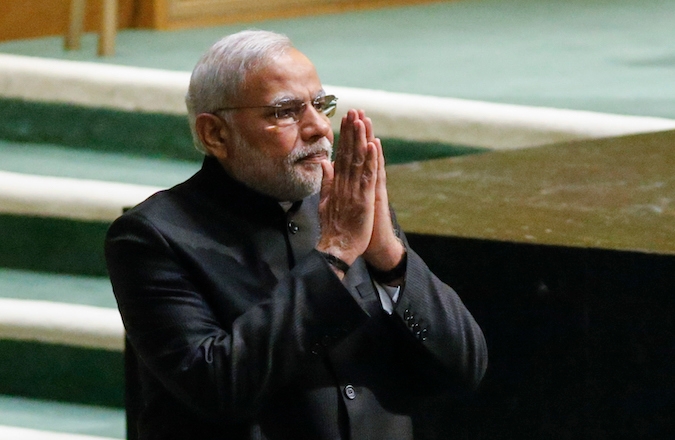 JERUSALEM (JTA) — Prime Minister Narendra Modi of India will visit Israel — the first by a sitting Indian head of state.

The visit was announced Sunday during a news conference with Foreign Minister Sushma Swaraj, India’s media reported. No dates were announced.

An Indian delegation is scheduled to visit in July, after which the prime minister’s visit will be set, according to reports.

“It will take place as per mutually convenient dates,” Swaraj said.

Swaraj also announced that she would travel to Israel, the Palestinian Authority and Jordan later this year.

Israel and India have had full diplomatic relations since 1992. Trade between the two countries equals about $5 billion a year, with India the largest buyer of Israeli military equipment, according to the Hindustan Times.