Op-Ed: Synagogues with predatory rabbis must protect their members, not their reputations 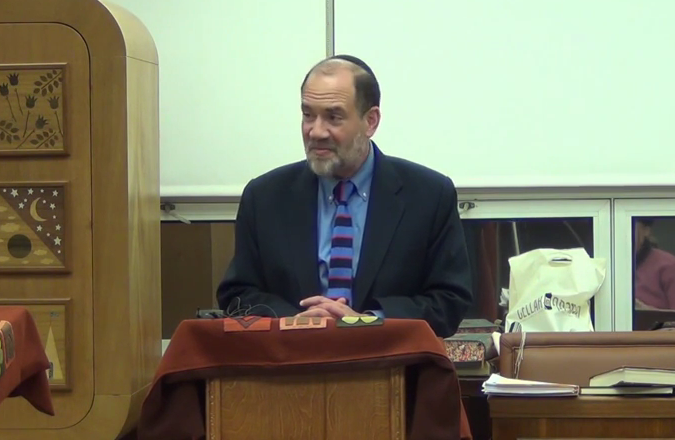 Rabbi Jonathan Rosenblatt of the Riverdale Jewish Center has been accused of talking with young boys in a gym sauna. (YouTube)
Advertisement

WASHINGTON (JTA) — When I read the recent article in The New York Times detailing the accusations against Rabbi Jonathan Rosenblatt of the Riverdale Jewish Center, I was deeply saddened.

This is the synagogue and community where I grew up. My parents moved to Riverdale in the 1950s and are among the RJC’s founding members. Rosenblatt — like the synagogue’s four rabbis before him — played an important part in the life of my family. However, my focus is not the RJC or any one rabbi.

My concerns are with the institutions in which we place our trust — institutions that seem to ignore the simple fact that rabbis and teachers are human and subject to temptations and personal demons. We hold our leaders in high esteem, but our institutions fail to monitor them to ensure that their power is not being abused and that the esteem is merited.

Whispers, like those in Riverdale, have been present in dark corners of many communities over the years. Those whispers have been hushed by men and women who choose to protect the institution to the detriment of those it’s supposed to serve. This is what happened at Penn State, which ignored or mishandled numerous episodes over the years in which football coach Jerry Sandusky sexually abused children. Our leaders often demonstrate poor judgment, pretending that if they ignore the underlying problem or handle it quietly among themselves the behavior will stop and the problems disappear.

But today social media amplifies whispers. Victims hear the whispers of other victims, awareness grows, and what happens behind closed doors is exposed and headlined. I have seen this in my work at Jewish Women International — on college campuses, on football fields, even in the military. Victims are speaking out.

Our synagogues and rabbinical institutions need to wake up. Responding in secret or in an ad hoc manner — being reactive — does not work. This modus operandi inhibits response, discussion and community resolution. Secret “solutions” end up being neither secret nor solutions.

Instead, we repeatedly see the accused relying on his or her relationships with powerful supporters, and together they spread the fear of public revelation of scandal. Time and again, the message to the victims and communities is that only with silence can the institution be protected. That is another way of saying that those who are victimized are less important than the institution itself.

This past Shabbat I was at the RJC, down the street from where I grew up, visiting my parents, who still consider the RJC home. We went to shul there, we went to school there, we served on committees and boards, shared countless meals, danced and wept together. We felt safe at the RJC.

What a delusion. The very organizations — synagogues, community centers, schools — that should be protecting and nurturing constituents instead seek to protect reputations. But reputations worth protecting are not made by marginalizing victims.

The back-room, hush-hush solution is inappropriate, dangerous and unsustainable. We need policies and protocols for organizational responses to these situations.

Make no mistake about it: Despite all the vetting and background checks, creeps will attain leadership roles and use their power for their own ends. We need processes to examine rumors with speed, transparency and neutrality. We need guidelines that will reduce the risk of sexual harassment, abuse and assault by staff, lay leadership and volunteers, and we need a process for redress. This approach enables a neutral response free from the influence of wealthy donors, powerful members, colleagues or former interns.

Policies should reflect the character of the organization, but certainly some standard provisions should be included: