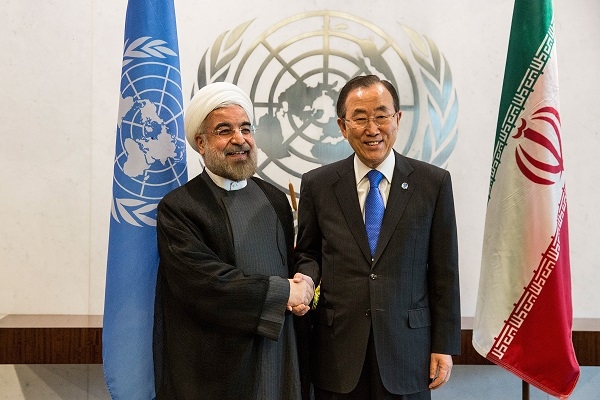 (JTA) — United Nations Secretary-General Ban Ki-moon called on Israel to “take concrete and immediate steps” to “protect and prevent the killing and maiming of children, and to respect the special protections afforded to schools and hospitals.”

In a Security Council discussion Thursday on how wars around the world are affecting children, Ban mentioned other war zones besides Gaza, but did not call on any country other than Israel to do anything, the Times of Israel reported.

“Last year was one of the worst in recent memory for children in countries affected by conflict,” the U.N. leader said, adding that he is “deeply alarmed at the suffering of so many children as a result of Israeli military operations in Gaza last year.”

At the meeting, Ban did not discuss his decision last week to exclude Israel from a list of entities that kill or injure youth in war.