Did ex-colleagues rekindle their special friendship? 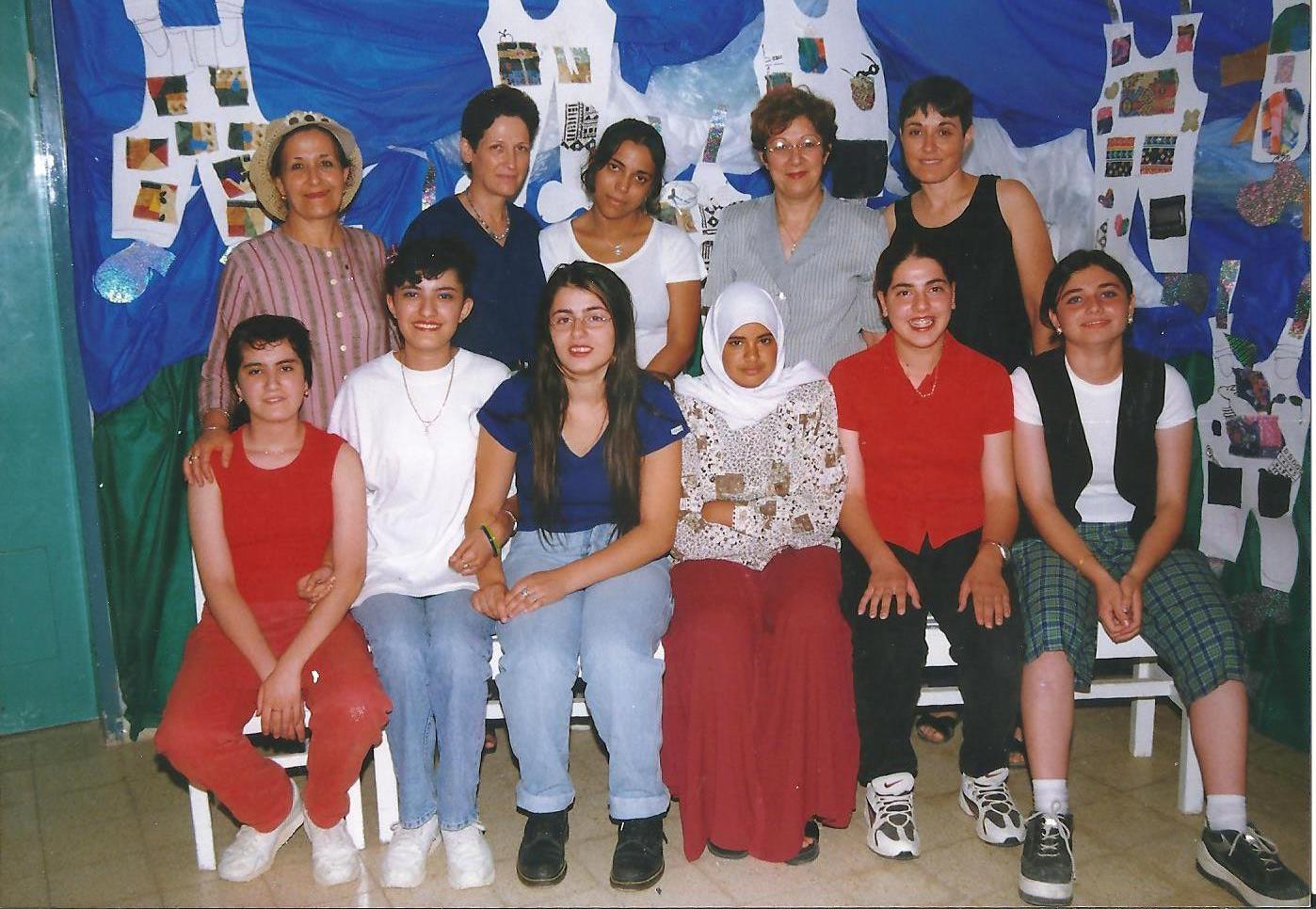 Zvia Mordechai, standing, left, and Marlene Alvez, standing, center, with fellow teachers and students in the 1990s at Beersheba's Niv School for the Deaf. (Courtesy of Zvia Mordechai)
Advertisement

(JTA) – In the mid-1990s, Zvia Mordechai was newly divorced with two sons when Marlene Alvez, then in her early 20s, entered her life.

Alvez was a recent immigrant from Buenos Aires, Argentina, who worked with Mordechai at the Niv School for the Deaf in Beersheba, Israel.

Despite a disparity in their ages, the two bonded on the job and became friends. Mordechai helped Alvez find an apartment, took her shopping for furnishings and hosted her for Shabbat meals. When Mordechai needed a few days off after her first grandchild was born, Alvez took over the additional classes. Mordechai soothed her in tough times.

“We were drawn to each other,” said Mordechai, now 65.

Alvez, she recalled, was “capable, artistic,” someone who organized theatrical presentations for those at the 100-student school that included many Bedouins from the surrounding area. (The school has since shifted to serving autistic children.)

After four years in Beersheba, Alvez met an Israeli named Gavriel Sivan and in 2001 moved with him to Florida, where they married. The women exchanged letters and spoke occasionally by phone. That year, Mordechai received a letter from Alvez reporting on delivering her first child, a son, Netanel. Alvez wrote that she missed Israel and hoped to return.

It was their last communication.

Mordechai sent subsequent letters to Alvez but didn’t hear back. She went to the nearby coastal city of Ashdod, but couldn’t find the two people who might’ve helped her locate Alvez: the latter’s aunt and uncle, whom Mordechai remembered owning a car repair shop there.

On the Israeli radio program “Hamador L’chipus Krovim” (Searching for Relatives Bureau), Mordechai talked about the friend she missed. By the end of that day, Mordechai and Alvez were reconnected.

The program had set off a chain reaction of phone calls: A listener in Haifa called her daughter in Florida, a friend of Alvez from Israel. The friend called Alvez, and Alvez called Mordechai.

Alvez, in a conversation from her home in Boca Raton, Florida, told “Seeking Kin” what happened: She and Gavriel had relocated from Israel to North Miami Beach, to Boca, to New York City and then back to Boca. Alvez had wanted to maintain contact with Mordechai, she said, but at some point lost her contact information.

“I was shocked to hear that someone was looking for me, then I heard that it was Zvia and I said, ‘Of course – I remember her!’ I was very excited,” said Alvez, 39. “Zvia must’ve had my old phone number and address.”

Mordechai said: “Sometimes you lose a ring or a watch. You look for it until you find it. Same with Marlene. Thank God I found her, and she’s fine. I’m very happy.”

Alvez continues working as a teacher, at Torah Tots, an early childhood program at a nearby synagogue. Her three children attend a different Jewish school.

She recalls her days in Israel and the friendship with Mordechai, who still lives in Beersheba. After breaking up with a boyfriend, Alvez said, Mordechai was there to reassure her. The friends believed that Alvez’s future husband would be someone named for an angel.

On an Ashdod beach, Gavriel spotted his future wife sitting among a Russian family, her darker skin standing out. He chatted her up and the rest is history.

Mordechai is still reaching out to girls and young women. For several years she has met regularly at her synagogue, Shevet Achim, with one woman, now 20, to recite and study Psalms. Others come by for Shabbat meals. She gives them treats and, at Rosh Hashanah, gifts. Sometimes Mordechai brings along her grandchildren, who doubtless absorb the lessons of kindness.

Alvez said Mordechai possesses a warmth and sense of humor that make her “a special, good-hearted woman.”

“I saw her as not just a friend but a mother,” she said in Hebrew, the language she prefers and in which she and Gavriel are raising their children.

Those qualities were especially welcome in Israel, Alvez said, with her own family so far away in Argentina.

“It was important for me,” she said, “to have a special person who gives love.”