Op-Ed: This is not the Charleston I know 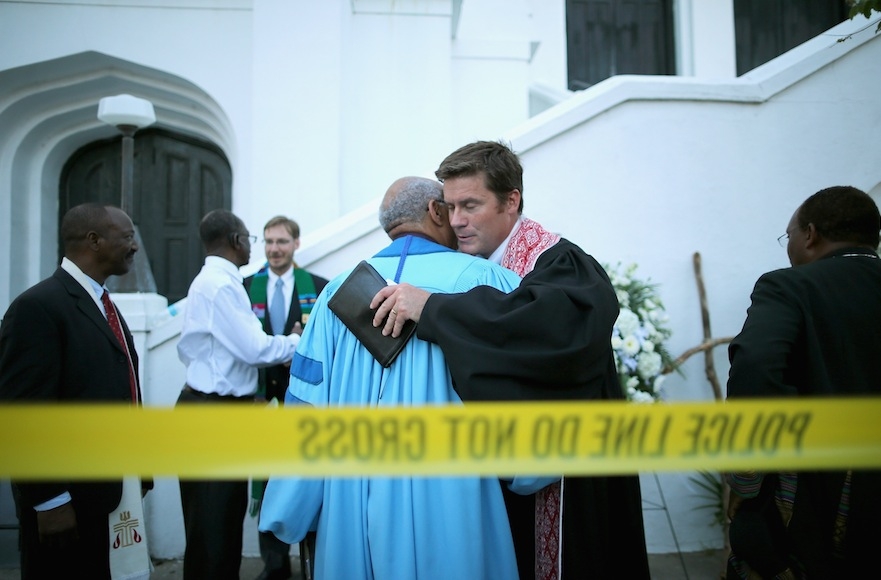 CHARLESTON, S.C. (JTA) — The unspeakable murder of nine accomplished, beloved and respected African-American Charlestonians of faith in their own church on Wednesday has hit our city like an earthquake.

These murders occurred in my neighborhood, across the street from Buist Academy, the public magnet school my daughter and son attended with their white, black and Hispanic classmates.

This is not our Charleston.

Charlestonians do not believe in hate, lawlessness, racism or violence. “The Holy City,” as Charlestonians like to call their home, has from its birth in 1670 had the greatest respect for all religions and all places of worship. These killings have outraged each and every one of us.

Here stands one of the oldest Jewish congregations in America, my temple, Kahal Kadosh Beth Elohim, founded in 1749 across the street from the oldest Catholic Church in the South, St. Mary’s.

This is the city of our internationally respected mayor, Joseph P. Riley, who beginning 40 years ago named black Charlestonians to every top position in city government. Chief of Police Reuben Greenberg, a nationally renowned black and Jewish police officer, was a member of Synagogue Emanuel, our Conservative congregation.

This is the city of the only black United States senator, Tim Scott, formerly a Republican member of the Charleston County Council.

This is the city that recently built a memorial to Denmark Vesey, a leader of a slave revolt in 1822 and a member of the same church where the murders took place: Emanuel African Methodist Episcopal Church, the oldest black church south of Baltimore.

This is the city that named its expressway for the “mother” of the civil rights movement, Septima Poinsette Clark, who taught nonviolence to the followers of Rev. Martin Luther King, Jr.

This is a city where African-American judges preside over trials, black doctors teach at Medical University of South Carolina and outstanding black professors teach in our colleges.

This is a city that revels in its African-American history, cuisine, literature, sweetgrass baskets, ironwork, architecture, music, crafts and art, where the city sponsors an annual Arts Festival, MOJA (Swahili for “One”), celebrating African-American and other minority cultures.

This is the city whose black community gave the world the famous dance, The Charleston. 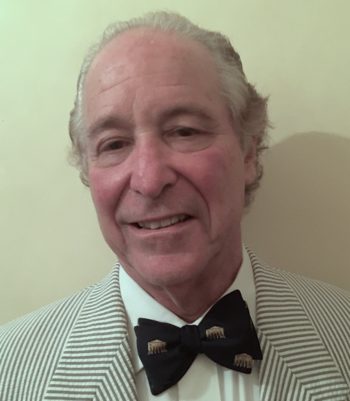 A heinous murder by an evil person who was not from our city cannot change that.

The Jewish community of Charleston will stand shoulder to shoulder with the black community, as it has for years. Our rabbis have urged us to attend prayer vigils and other community outpourings of grief and solidarity.

The Rev. Clementa Pinckney — a state senator, minister and one of the victims of the shooting on Wednesday — spoke from the bima of our synagogue at one of the community-wide Martin Luther King Day commemorations hosted at Beth Elohim. He then invited our rabbi, Stephanie Alexander, to speak at his church.

“No matter the setting,” Rabbi Alexander wrote this week in an email, “his message was always inspirational, and the eloquence and beauty of his voice was nothing less than an instrument of peace itself. In every interaction I was privileged to share, Rev. Pinckney was graceful and sincere.”

I knew Sen. Pinckney. He was a leader respected throughout our community, a moderate, a man who brought people together, a senator popular with all members of the South Carolina Senate, which will be in deep and sincere mourning.

Another victim was Sharonda Coleman-Singleton, who coached the girls track team at Goose Creek High School and was also a reverend at Emanuel.

Another was Cynthia Hurd, a librarian at the College of Charleston. The chairman of our County Council has already said the library she managed will be named for her. All public libraries in Charleston County were closed in her honor today.

This is the Charleston I know.

I am sure in the days ahead we will hear all about Charleston’s bloodstained history. It is true that Charleston was the city that imported more slaves from Africa than any other in America. It was the place where secession began and where the Civil War started. It was the very heart of the Confederacy.

These facts and tragedies cannot be denied, but they do not define us in 2015. It has been a long road from then to now.

Charlestonians have lived together in peace for 150 years since the Civil War. Charleston was no Birmingham or Selma. The city desegregated peacefully in the 1960s. Charleston was the first place in South Carolina where public facilities and schools were integrated. And there was a reason for that: the people of Charleston.

Our city officials and African-American leaders never tolerated violence against civil rights protesters or the police. Indeed, Coretta Scott King and Andrew Young spoke to an overflow crowd at Emanuel during the hospital strike of 1969, which was national news. There was no violence — not from the protesters and not from the police.

When Mayor Riley was elected in 1975, he had the overwhelming support of the black community. Together with many of our leaders — black and white, Democrats and Republicans — he has brought our community together.

We have our issues, as all cities in America do, but all Charlestonians love their city and detest this crime. Every true Charlestonian is grieving now. Somehow, knowing my city and its people as I do, something positive will come of this tragedy.

(Robert N. Rosen is a third-generation Charlestonian. He is a lawyer, a former assistant city attorney and the author of several books, including “A Short History of Charleston,” “Confederate Charleston,” and “The Jewish Confederates.”)