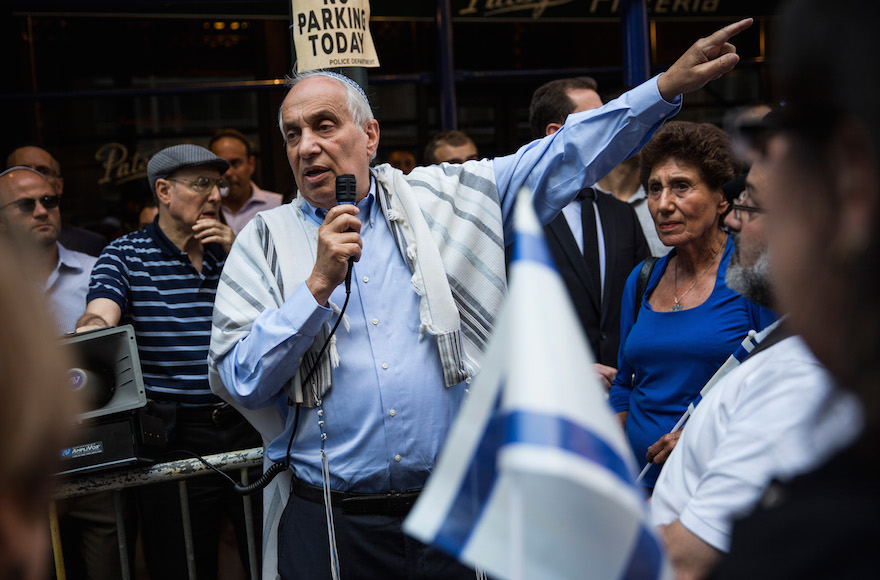 NEW YORK (JTA) — Rabbi Avi Weiss is quitting the Rabbinical Council of America to protest its failure to admit as members rabbis whose sole ordination is from the rabbinical school he founded.

The RCA, the main association of modern Orthodox rabbis in America, has yet to grant membership to rabbis who have been ordained only from Yeshivat Chovevei Torah in the Riverdale section of the Bronx. Weiss established the rabbinical seminary in 2000 as an alternative to Yeshiva University’s Rabbi Isaac Elchanan Theological Seminary.

Chovevei Torah, which is located at Weiss’ synagogue, ordains a handful of rabbis each year and is now led by Rabbi Asher Lopatin.

“As an act of protest I have not paid my dues to the Rabbinical Council of America (RCA), and have now allowed my membership to lapse,” Weiss wrote in an email message on Monday. “I have chosen to leave the RCA foremost because of its attitude towards Yeshivat Chovevei Torah (YCT), the rabbinical school I founded years ago.

“If YCT rabbis – with YCT semikha only – cannot join the RCA, neither can I be part of this rabbinical group,” Weiss wrote.

The RCA did not respond immediately to a request for comment.

Weiss has been a frequent critic of the RCA, most recently for centralizing control of Orthodox conversions in America.

Shortly after Weiss made his announcement, Rabbi Shmuel Herzfeld, leader of the Ohev Shalom synagogue in Washington and a former assistant rabbi to Weiss at the Hebrew Institute of Riverdale, announced that he, too, was quitting the RCA.