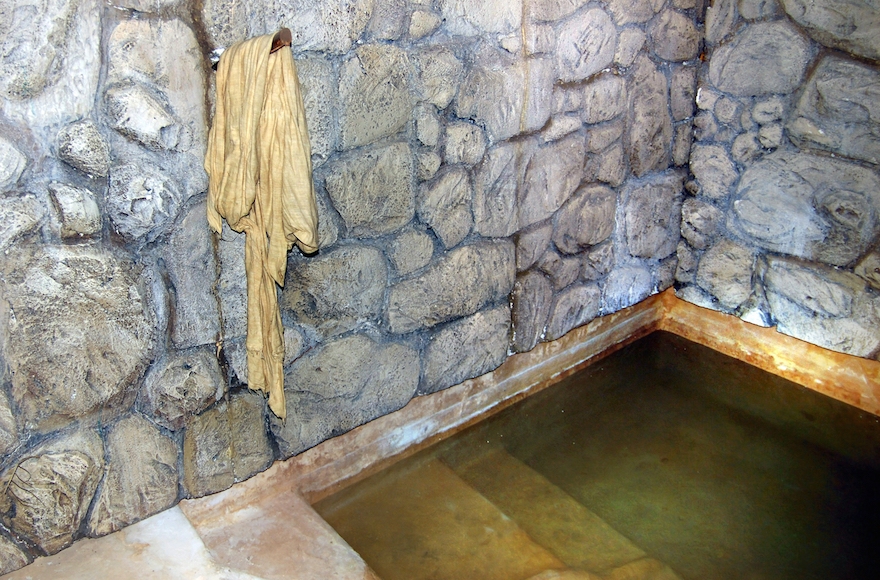 A trapdoor covered by a rug leads down to the bath (not pictured) in the living room of the Shimshoni family. (Shutterstock)
Advertisement

(JTA) — A Jerusalem family uncovered an ancient mikvah beneath their home.

A trapdoor covered by a rug leads down to the bath in the living room of the Shimshoni family, who uncovered the site during renovations of their home in the Ein Kerem neighborhood. Christians have believed for centuries that John the Baptist, the ascetic Jewish preacher who inspired Jesus, was from Ein Kerem.

Amit Reem, an antiquities authority archaeologist, said the finding reinforces theories that the town was a Jewish settlement during the Second Temple period.

“The discovery of this mikvah strengthens the hypothesis that in the area of Ein Kerem today, there was a Second Temple Jewish settlement,” he told the Times of Israel.