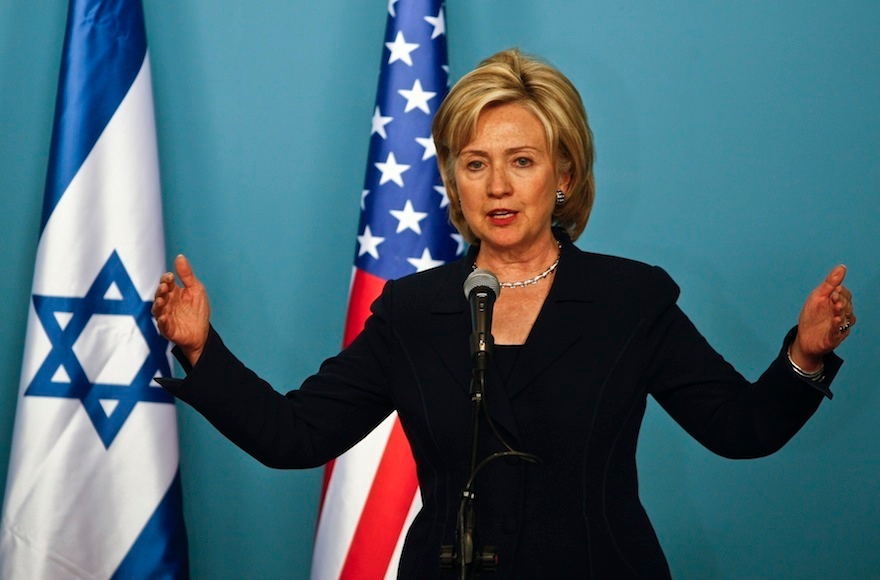 WASHINGTON (JTA) — Hillary Rodham Clinton said she will speak out against the Boycott, Divestment and Sanctions movement against Israel during her presidential campaign.

“I know you agree that we need to make countering BDS a priority,” Clinton said in a July 2 letter to Haim Saban, the Israeli-American entertainment mogul who has been a major fundraiser for Clinton in the past. “I am seeking your advice on how we can work together – across party lines and with a diverse array of voices – to reverse this trend with information and advocacy, and fight back against further attempts to isolate and delegitimize Israel.”

The Democratic front-runner concludes the letter, which Saban released through a public relations agency, by saying that she plans to address the BDS threat in the coming weeks, as her campaign intensifies.

“I will be speaking out publicly on this in the weeks ahead, so I am eager to hear your perspective and advice,” she wrote.

In a handwritten sign-off, Clinton added, “Look forward to working with you on this.”

Saban, in a release by Puder PR accompanying the release of the letter, said it underscores Clinton’s commitment to Israel.

“As I have been saying all along, when she becomes president, Hillary will reinforce the U.S.-Israel relationship,” he was quoted as saying.