U2 dedicates performance of ‘One’ to Shimon Peres 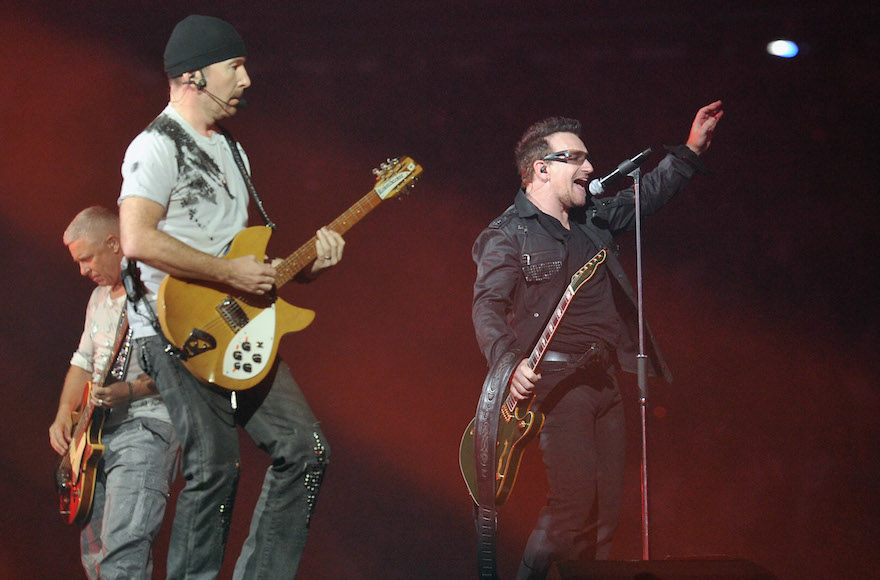 Former Israeli President Shimon Peres may be a big U2 fan, but it seems like Bono is an even bigger Shimon Peres fan.

Peres was in Toronto for an economic conference and attended U2’s performance at the Air Canada Centre there. During the encore, Bono took advantage of the opportunity to praise Peres — who also served as Israel’s prime minister, among other roles — for his efforts to broker a two-state solution.

“There’s somebody here who’s got one of the hardest jobs on earth,” Bono said, referring to Peres, “somebody who has acted as the voice of reason in a region where the loudest voices are often the bellicose ones.”

“We understand, President Peres, that you have tried to be the voice of reason. And you’ve dedicated a lot of your life, all of your life, to try and bring peace in this really dangerous region,” the Irish rock star continued. “We wish that you, who worked so hard for that incredible Oslo Accord, that you don’t give up on the two-state solution. At age 92, we know we can count on you.”

Before launching into the band’s 1992 hit “One,” Bono said, “We’re going to sing this song with two ancient peoples in mind.”

Bono and Peres met after the show, and the Times of Israel reported that Peres called Bono “a voice for hope and peace.”

Watch Bono’s tribute to Peres at around 17:40 in the video below.