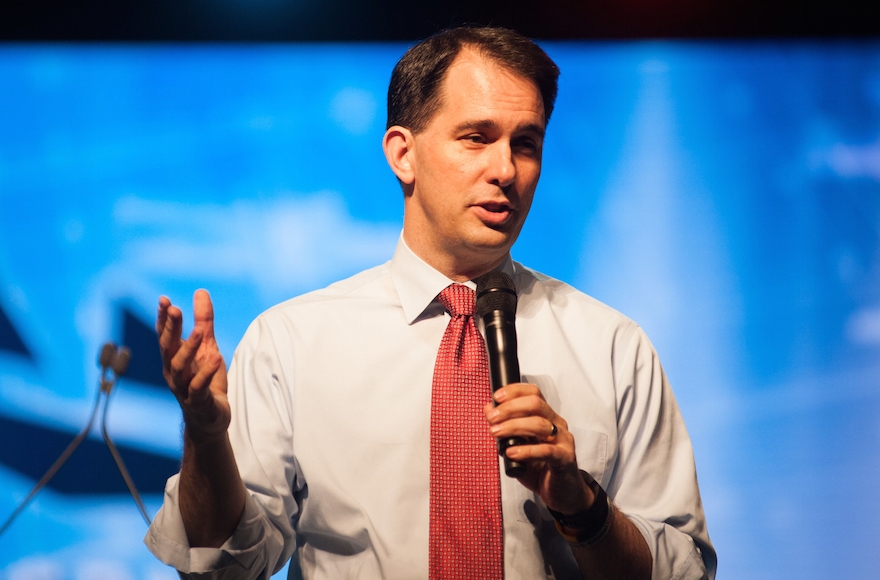 (JTA) — Wisconsin Gov. Scott Walker, who recently visited Israel on a self-described “listening tour,” said he is running for president.

Walker’s official announcement for the Republican nomination came on Monday morning, three days after he accidentally posted a message on his official campaign Twitter account that said he was running.

“I’m in. I’m running for president because Americans deserve a leader who will fight and win for them,” Walker tweeted Monday morning on the official account.

He also posted a video announcement saying that “America needs new, fresh leadership with big, bold ideas from outside of Washington to actually get things done.”

Walker is the 15th announced Republican candidate in the 2016 race.

On his May trip to Israel, he met with Prime Minister Benjamin Netanyahu and took a helicopter tour of the area, from Israel’s border with Syria to the Sea of Galilee, and then south to the border with the Gaza Strip.

Walker said after the visit that the tour made him realize the fear that Israelis live with on a daily basis.

“Remember for a moment how many of us — the young people don’t remember this probably so well — but those of us as adults remember what we felt like on the day after Sept. 11,” Walker said of the terror attacks in 2001. “That’s how they feel almost every day. That’s what they feel like because of what they’re dealing with.”

Walker also said that the United States must view Israel as a true ally.

“It is time to send a message around the world that we stand with our allies,” he said.

Walker did not take media to Israel, calling it an educational trip.