What about Obama playing the warmonger card? 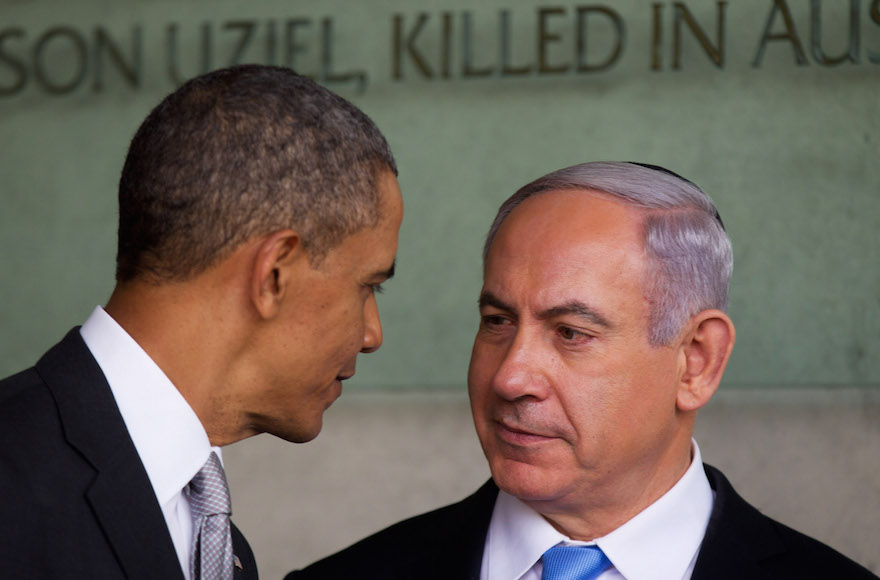 U.S. President Barack Obama speaks with Israeli Prime Minister Benjamin Netanyahu on March 22, 2013, in Jerusalem, Israel. Who's got a read on whom? (Uriel Sinai/Getty Images)
Advertisement

JTA’s own Ron Kampeas has a post up arguing that Ron Dermer’s “just the facts” repudiation of the Iran deal works better than his boss’ speculation about President Barack Obama’s “desire.”

In particular, Kampeas questioned the wisdom of Prime Minister Benjamin Netanyahu’s decision to assert that “we were right when we said that the desire to sign an agreement is apparently stronger than anything else.” The larger point, Kampeas added, is that “both the Obama and Netanyahu governments, over the last six years, have stepped into it when they made things personal.”

Fair enough. It’s just worth remembering that the two-way tango continues. Take Obama’s news conference Wednesday, during which he essentially argued that any lawmaker who votes against the deal will be “posturing,” “playing politics” or bowing to pressure from lobbyists — and then suggested that opponents of the deal are essentially advocating for war (and not being honest about it):

“Now, with respect to Congress, my hope — I won’t prejudge this — my hope is, is that everyone in Congress also evaluates this agreement based on the facts — not on politics, not on posturing, not on the fact that this is a deal I bring to Congress as opposed to a Republican president, not based on lobbying, but based on what’s in the national interest of the United States of America. … And if the alternative is that we should bring Iran to heel through military force, then those critics should say so, and that will be an honest debate.”

Is calling someone a diplomacy addict any worse than playing the warmonger card or suggesting a lawmaker is playing politics with national security?