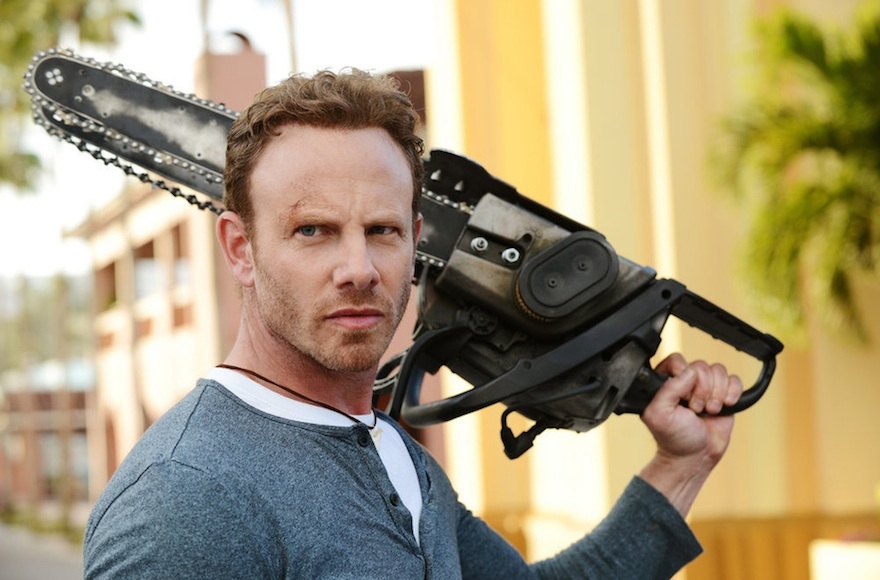 Who better to ask than Thunder? That would be Thunder Levin, the writer of the campy, over-the-top “Sharknado” movies — the latest of which, “Sharknado 3: Oh Hell No!,” premieres on July 22.

For those unfamiliar with the “Sharknado”oeuvre, the films center on a strange weather phenomenon: A hurricane that precipitates a tornado. Together they suck up live, hungry sharks that subsequently rain down on humanity. In a kind of Darwinian miracle, during those few airborne minutes the sharks evolve sufficiently so that being out of water does not impact their appetite.

For the moment, when “Sharknado 3” opens, all is well. April is with her mom, played by Bo Derek (who is still at least a “9”) and daughter, played by Ryan Newman (the young actress from Disney’s “Zeke and Luther,” not the Nascar driver of the same name) in Orlando. April is also with child.

The appropriately named Fin is in the nation’s capital receiving the Presidential Medal of Freedom for past heroics, when… You’ll never guess: There’s a hurricane, a tornado and sharks. Go figure.

The White House, the Washington Monument, the Smithsonian are all destroyed. But Fin manages to save the president (played by Mark Cuban) and heads south to be with family.  But — wait for it — more sharknados threaten the entire Eastern Seaboard, especially Orlando.

Levin spoke to JTA by phone from Los Angeles, where he was at the tail end of a promotional tour that included Comic Con. At one session, he casually mentioned he always considered the films ripe grist for a Broadway musical — which caused a stir on social media.

“That sort of blew up,” Levin said. “We’d all been joking about that since the first one. The only thing more absurd than ‘Sharknado’ is ‘Sharknado the Musical.’ But I started in musical theater in high school and was a director and stage manager in college. I think it would be a blast. I can imagine shark puppets dropping in the audience.”

“Sharknado” wasn’t Levin’s first venture into horror humor. He made his bones in 2008 as both writer and director of the feature film, “Mutant Vampire Zombies From the Hood.” He’s also directed and/or wrote “American Warships” (about an alien attack on an American plane) and “AE: Apocalypse Earth” (refugees from earth on a hostile alien planet) — so it wasn’t a great leap to sharks falling from the sky.

People constantly ask, “‘How do you come up with these crazy ideas for these movies?’” he said. “There’s no good answer to the question. I don’t know. There’s no secret, ancient book of sharks.” 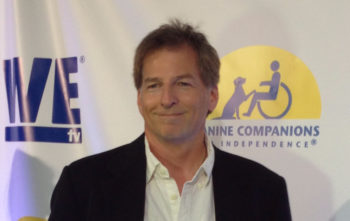 The writer of all three “Sharknado” films, Thunder Levin. (Syfy)

Actually, the original idea for the Sharknado series originated with Asylum — the production company with which he’d worked his previous movies — which wanted to do a feature called “Shark Storm.” They approached Syfy, and it turned out the network already had “Sharknado” as a title.

“Asylum came to me and asked if I’d be interested in working on a film called ‘Sharknado,’” Levin recalls. “Only I heard ‘SharkNATO’ — and asked what do sharks have to do with the North Atlantic Treaty Organization?”

“When they explained, I said, ‘Tornadoes? That’s the most ridiculous thing I’ve ever heard — I’m in,’” he recalls.

Not everyone was as enthusiastic. “For the first ‘Sharknado,’ we couldn’t get anyone to be in it,” he said. “We ended up temporarily changing the title to ‘Dark Skies.’ When we finally told the cast the real name, they were not happy.”

Yet the film became a surprising hit, eventually. When it debuted, it was seen by slightly fewer people than Syfy’s typical film audience. But it wasn’t how many people watched that proved important — it was who watched. The  Twittersphere lit up as celebs like Wil Wheaton and Olivia Wilde discussed the show, and it was the subject of the last tweet Corey Monteith sent before he died. As a result, the audience for subsequent showings exploded, and “Sharknado” spawned “Sharknado Two: The Second One” and now, “Oh Hell No.”

Although Levin is not involved in casting, he’s aware that it’s no longer a problem. In fact, part of the fun of watching the “Sharknado” movies is picking out the names of the rich and famous or rich and notorious: Michele Bachmann, Ann Coulter, Frankie Muniz, Jackie Collins and Penn & Teller, among a host of others.

In addition to star Ziering, included in the pantheon are a couple of notorious Jews, Anthony Weiner and Jerry Springer. Bernie Madoff was otherwise engaged. 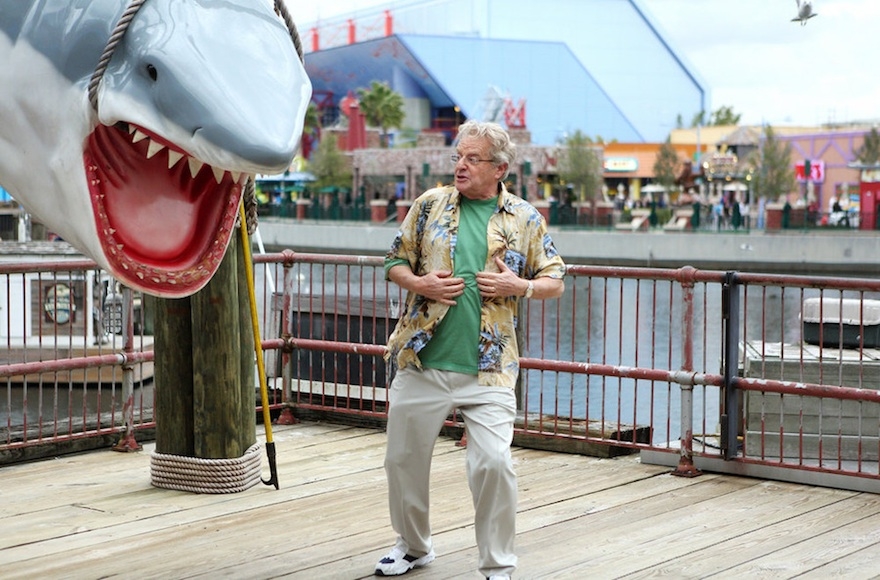 Levin grew up in New York City the son of a Christian mom from Liverpool, England and a Jewish father. “My father went to temple and I went along with him a couple of times,” he said. “But it’s really hard for me to talk about religion, because I didn’t have faith instilled in me by my parents.”

But Levin believes his sense of irony and humor are descended from his father’s side. It’s “informed by New York City and its large percentage of Jews,” he said. “You know, growing up I thought the U.S. was 50 percent Jewish and 50 percent Christian. I was shocked when I found out that wasn’t so.”

If his sense of humor was courtesy his dad, Levin’s fascination with science fiction came from his mom. “When I was a little kid, ‘Star Trek’ was my favorite show and the only one my mother would let me stay up to watch,” he said.

“I wanted to grow up to be Captain Kirk or Mr. Spock,” he said. Levin recalls that when he was 7 or 8, someone gave him a book, “The Making of Star Trek.” Though he found the text dry, he was drawn to the photographs — particularly one of studio techs working on the Enterprise.

“I realized there was a way to get on there without being Kirk,” he said. “Another seed was planted in 1977 when ‘Star Wars’ came out and completely blew my mind.”

Levin further enhanced his geek cred by standing in line with 100 buddies for six weeks (they rotated) to be the first to see “Star Wars Episode 1: The Phantom Menace” in 1999.

That explains a lot. Which leaves only one question: Thunder — really?

“It was the ‘60s and strange things were happening,” Levin said. “My mother went into labor during a thunderstorm and said to my dad, ‘Let’s name him Thunder.’”

Good thing he wasn’t born during a sharknado.