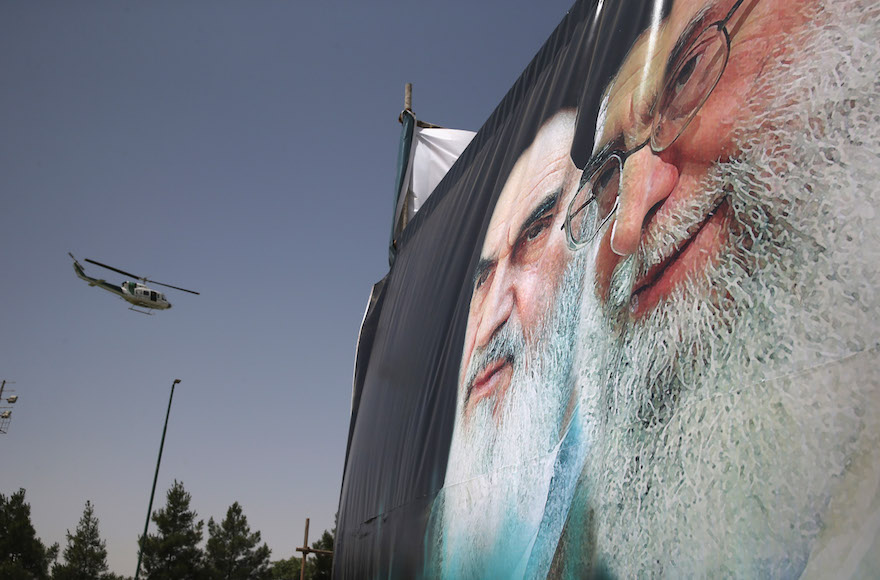 NEW YORK (JTA) — Today is the last day of my long tenure as national director of the Anti-Defamation League. It has been a highly satisfactory and meaningful 28 years as director and 50 years as a professional at this prestigious organization.

So why am I choosing to write an article on my last day? It is the same imperative that has motivated me all these years: If I see something troubling to the Jewish people, I cannot be still.

And I am deeply troubled at this time by the agreement between the P5+1 nations and Iran regarding Iran’s nuclear program.

Many things bother me about the deal and its implications. I say this as someone who recognizes some positive aspects of it. As experts like Rob Satloff and Dennis Ross have pointed out, the agreement buys time by reducing Iran’s stockpile of enriched uranium and its active centrifuges, and by providing a significant inspection regime.

In my view, however, these benefits do not compensate for the very real dangers lurking in the agreement.

I hear the argument that Iran would be a threshold nuclear state without an agreement. But the truth is it would have been an illegitimate one that would have justified continued disapproval, sanctions and the threat of a military option against its nuclear program.

That is why the original goal of dismantling Iran’s nuclear infrastructure was not wishful thinking, but a vital part of what needed to be achieved. It was necessary to deny the nuclear legitimacy of a regime that even after reaching an agreement earlier this month still calls for death to America and Israel, fosters terrorism throughout the region and the world, and is expanding its sinister deadly influence throughout the Middle East.

Under this deal, either 10 or 15 years down the road, Iran will have a nuclear program legitimized by the international community with the ability to break out quickly to build a bomb. The most dangerous regime in the region should never be given such legitimacy on such a perilous project.

When one adds to that the rapid ending of sanctions, most likely within six months, this will significantly add to Iran’s mischief-making power in Syria, Iraq, Lebanon, Yemen, Gaza and who knows where else.

I do not believe Congress will be able to fix this deal. But even if it cannot, a congressional ‘no’ and override of a presidential veto would send a number of clear messages.

First, it would state that the entire agreement is based on the Iranian lie that the country never intended to build a nuclear military capability. An agreement in which the key party never acknowledges the very reason for international anxiety and for the sanctions imposed does not bode well for reliable implementation.

Second, a “no” vote would convey an understanding that the quick lifting of sanctions gives Iran an immediate incentive to cheat. There has been much discussion about how Iran has lived up to its commitments since the framework agreement. But that’s because its main goal was to have sanctions lifted. Once sanctions are removed, a duplicitous regime that has never admitted to seeking a weapon will surely find ways to circumvent the agreement despite inspections and snapback provisions.

Third, a “no” would demonstrate support for two key U.S. allies in the region, Israel and Saudi Arabia, both of whom are deeply distressed by the agreement. Israel is a country deeply divided on most issues, but on this one there is an across-the-board understanding that this is a bad deal which jeopardizes Israel’s future security.

It is not easy to dismiss Israeli concerns as right-wing overreaction when Isaac Herzog, Yair Lapid and Tzipi Livni all condemn the deal. This is a time for Congress to recognize and act on those concerns to ensure Israel can defend itself by itself and to back up the president’s pledge that “the U.S. has Israel’s back.”

At the same time, a “no” in Congress could bolster the Saudis, who are starting to feel isolated in light of Iran’s regional ambitions and a perception of American weakness. These anxieties could lead Saudi Arabia on a path to its own nuclear weapon or one of appeasement of Iran, neither of which is good for America.

A better deal should have been struck, and it is not a policy to say this is the best we have.

I hope this critical debate over the next 60 days is conducted in a civil manner. Those who oppose the deal should not criticize the administration’s motives in reaching an agreement. On the other hand, the administration should desist from the kinds of demagogic accusations and insinuations claiming that opponents of the deal are warmongers.

Let’s get this right. Whatever the outcome, let it be a triumph for the democratic process.

(Abraham H. Foxman is national director of the Anti-Defamation League.)