The campaign for (and against) the Iran deal gets personal 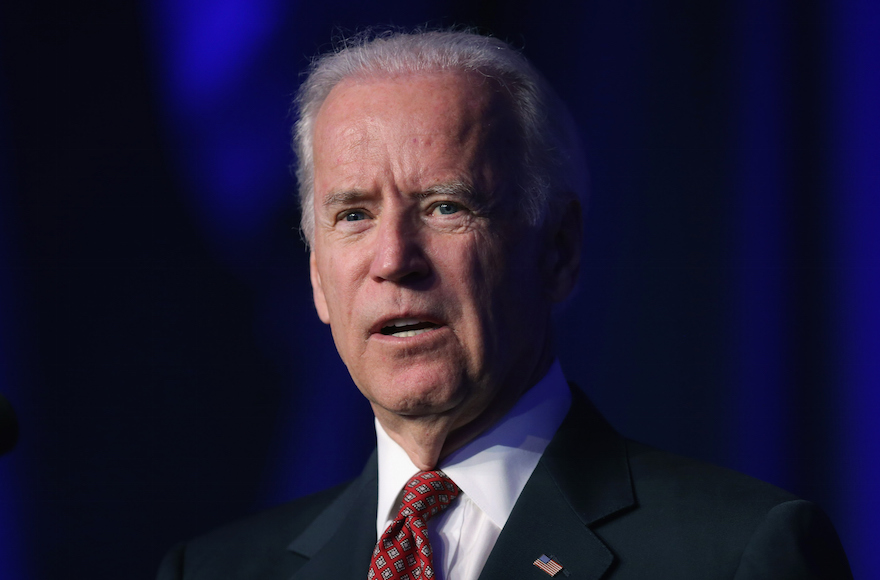 Biden’s imploring hourlong call on Monday typified how personal the campaign for and against the Iran nuclear deal is becoming.

President Barack Obama, speaking to veterans on Tuesday, cast the deal as one that would save American troops from dying in a fruitless war. The pro-Israel lobby AIPAC, a deal opponent, is bringing in its members for face-to-face meetings with lawmakers. Israeli Prime Minister Benjamin Netanyahu worked the weekend American talk shows. So did John Kerry, the U.S. secretary of state who brokered the deal and called one of Netanyahu’s signature criticisms “dumb.”

Much of the focus is on Congress, which has two months to review the agreement between Iran and six world powers led by the United States. It could vote to disapprove, which would kill the deal, but such a vote must garner two-thirds of Congress to overcome Obama’s pledged veto.

Biden, on the call, began by alluding to his longstanding relationship with the Jewish community.

“Quite frankly,” he said, “I wouldn’t be in this job or any job that I had in elected politics were it not for this community, among others.”

Instead of taking questions, Biden unfolded a Q and A with an imaginary Jewish interlocutor who addressed him as an old friend would: “What’s the deal here, Joe?” The questions the vice president put to himself reflect concerns raised by a number of pro-Israel organizations, among them the American Israel Public Affairs Committee.

“So Joe, doesn’t this mean that even if this stops them from getting a nuclear weapon, they’ve got $100 billion and they’re going to out there and destabilize?” Biden asked himself, reflecting concerns about how sanctions relief will fuel Iranian mischief. His answer: The Iranians would do much greater damage with a nuclear bomb than they would without one.

“Imagine stopping them now in the Gulf of Aden” — referring to Iran’s backing for the Houthi insurgency in Yemen — “and stopping them if they had a nuclear weapon,” Biden said. “As bad, as much of a threat as the Iranians are now to destabilizing the conventional force capability in the region, imagine what a threat would be if we had walked away from this tight deal.”

Kerry also was unusually conversational, and personal, in lengthy interviews he gave the news media, but not so convivial. In an interview broadcast Tuesday on NPR, he grew livid when asked about criticism that he and Obama were overly eager for a deal.

“I mean, really, it’s one of the dumbest criticisms I’ve ever heard in my life because it has no relationship to reality of what we were engaged in,” he said. “President Obama, in almost every conversation, would say, ‘Remember John, you can walk away.’”

One of the main purveyors of the “too eager” trope is Netanyahu.

“We were right when we said the desire to sign an agreement is apparently stronger than anything else,” he said at a news conference July 14, the day the final agreement was announced.

Obama in his speech in Pittsburgh to the national convention of the Veterans of Foreign Wars cast opponents of the deal as similar to backers of the Iraq war.

“In the debate over this deal, we’re hearing the echoes of some of the same policies and mindset that failed us in the past,” Obama said. “Some of the same politicians and pundits that are so quick to reject the possibility of a diplomatic solution to Iran’s nuclear program are the same folks who were so quick to go to war in Iraq and said it would take a few months. And we know the consequences of that choice and what it cost us in blood and treasure.”

The intensity reflects the stakes as Congress begins its review of the deal.

AIPAC is bringing in members from across the country early next week for the face-to-face meetings with lawmakers, covering almost every office on Capitol Hill, an AIPAC source said. The lobby also unveiled last week a political nonprofit, the Citizens for a Nuclear Free Iran, it is backing in the “multimillions,” according to spokesmen.

Notably, the new group is being advised by five former Democratic lawmakers. Republicans already overwhelmingly oppose the deal, so the focus of groups like AIPAC opposing the deal is on Democrats. The Washington Post reported Tuesday that AIPAC has spent a record $1.7 million in the first half of the year in its bid to rally opposition.

Citizens for a Nuclear Free Iran will target lawmakers with TV ads in their home states during the August recess.

Much of the focus of the opponents’ campaign is on Sen. Charles Schumer, D-N.Y., the most senior Jewish member of the Senate. The Emergency Committee for Israel has made Schumer the target of a campaign.

“Obama is caving to Iran,” its ad says.