James Franco to have bar mitzvah, with help from Seth Rogen 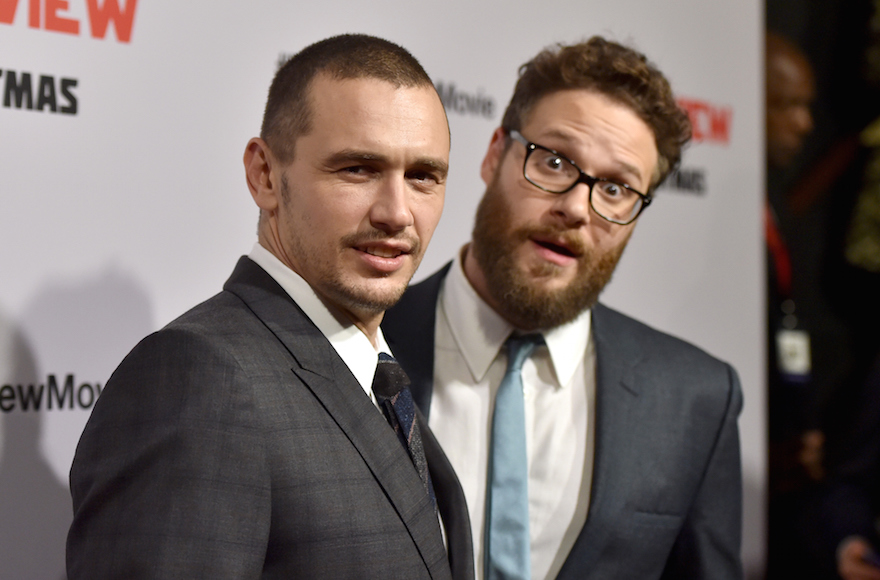 Actors James Franco (left) and Seth Rogen at the premiere of "The Interview" in Los Angeles on December 11, 2014. (Kevin Winter/Getty Images)
Advertisement

James Franco may be 37, but he isn’t yet a man in the Jewish tradition: The popular actor never had a bar mitzvah. With the help of fellow Jewish actor Seth Rogen, that’s about to change.

Rogen and his wife, Lauren Miller Rogen, will throw Franco a bar mitzvah during their annual Hilarity for Charity variety show at the Hollywood Palladium on Oct. 17.

“Ever since I’ve known James, he’s been talking about wanting a bar mitzvah,” Rogen told Variety in a statement.

The Rogens founded Hilarity for Charity four years ago to raise money and awareness about Alzheimer’s disease, which Lauren Miller Rogen’s mother was diagnosed with at 55. Actors and comedians such as Paul Rudd, Aziz Ansari, Sarah Silverman and Joseph Gordon-Levitt have performed at past shows.

Tickets to the event, which Rogen said could include a mohel and “a live bris for James,” go on sale on Aug. 11.

(In case you were wondering, Rogen had a bar mitzvah as a teenager.)