Op-Ed: Faigy Mayer’s suicide is a Jewish tragedy, not just an Orthodox one 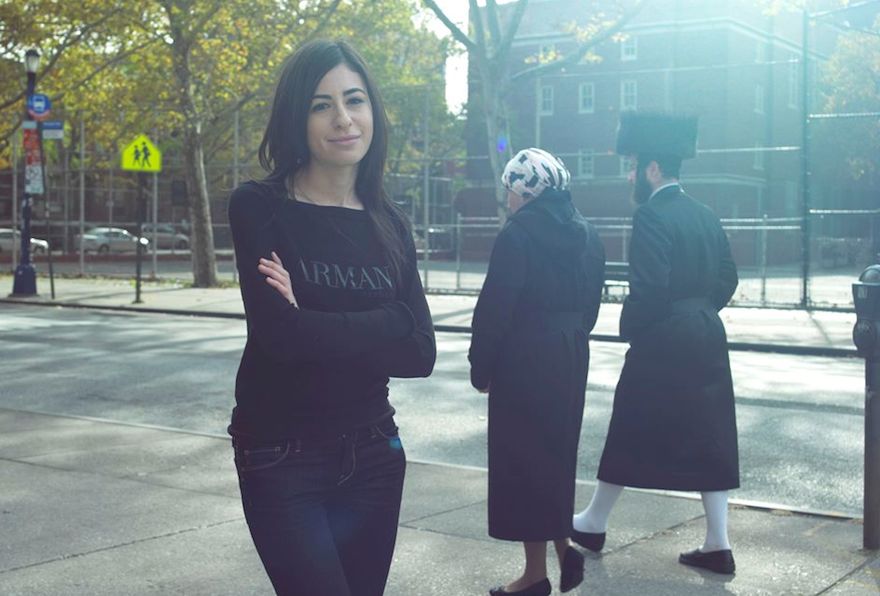 In September 2013, I gathered with a group of friends to share feelings and reflections on the suicide death of one our friends, Deb Tambor, who had been struggling with a variety of issues related to leaving the insular Hasidic Jewish world. Next to me sat Faigy Mayer, a friend and fellow ex-Hasid.

Faigy and I talked for a bit, about Deb, and about our own lives. She told me she was doing well. I told her I was writing an essay about Deb’s death for an online magazine, and she offered me some helpful thoughts.

This week, nearly two years later, Faigy jumped to her own death from a 20-story building in Manhattan.

The news, when I heard it, shook me, as it did many in our community of ex-haredi Orthodox Jews. But it didn’t shock me. It’s almost as if we’ve come to expect another suicide in our ranks every so often.

Since leaving the Hasidic community in early 2008, I have lost at least half a dozen friends and acquaintances to death by their own hands, usually deliberate. There have been others too, friends of friends, members of our extended community, with waves of grief flowing outward far beyond those who knew the victims.

Still others I know have been on the verge, about to leap but pulled back by a friend, a counselor, a kind stranger.

Now, with Faigy’s death, those of us left grieving find ourselves wondering anew: What is it that drives so many in our community to despair? Who is next? And what can we do to stop it?

Faigy and I had been friends for about five years. Whenever I saw her, she appeared bright and optimistic and passionate about the work she was doing – she loved all things tech: coding and apps and gadgets of all kinds.

There were signs of trouble, though. She struggled with mental illness, and every so often I’d hear that she’d been hospitalized. But then she’d be out, back to her cheery self, talking about new friends and new projects.

The last time we met was several months ago, at a party to celebrate the release of my recent memoir, “All Who Go Do Not Return.”

“Today is my five-year ex-Hasid anniversary,” she told me, grinning, her pride infectious.

Then came trouble again. On Facebook, which is where I kept up with her most, she shared as recently as last week her dismay at being mistreated by her family for leaving Orthodoxy. She’d asked her relatives for some mementoes – baby photos of herself and the like – but they refused to share them.

Even more recently, she fretted on Facebook about housing problems: She was facing eviction from her apartment and had nowhere to go. She dreaded homelessness, and she complained that there weren’t enough resources and supports available for ex-haredi Jews.

Her desperation for housing coupled with the lack of family support seemed to create a storm within her, then a wave too high to ride. After her death, came an outpouring of love on her Facebook page, arriving, of course, too late.

Her leap was an act of censure to anyone who might care: I needed you earlier, but you weren’t there.

Some were quick to blame the haredi Orthodox community, which shuns and ostracizes those who leave and wishes failure upon them. “All of us in the Orthodox world are somewhat complicit in her death,” wrote my friend Rabbi Ysoscher Katz in an article for the Forward, calling the community “sadly complacent.”

Others were quick to point to Faigy’s mental illness; she reportedly suffered from bipolar disorder.

Neither of these narratives offers much insight into how we, outside the haredi community, can assist the most vulnerable who seek greater choices for themselves. While surely complicit in the troubles of those who leave it, the haredi community is, for the most part, deaf to appeals for change.

And mental illness, while affecting some ex-haredim, needs management and treatment; it should certainly not be a death sentence.

In Faigy’s case, whatever mental illness she may have suffered from, the upheavals in her life – the lack of family support, the troubles finding work and shelter – are enough by themselves to explain her despair.

We must acknowledge that the journey away from ultra-Orthodoxy is so fraught that some simply don’t make it. There can no longer be any doubt: Members of our ex-haredi community are at an elevated risk for suicide.

Faigy dreaded homelessness. I have known many ex-Haredim like her, who over the years, as they tried to build their lives, felt in their isolation the ground beneath them shaking, felt the vertigo inherent in the transition from a restriction-filled life to one of self-determination.

“I don’t go home often,” a friend in her late 20s said to me about the small Texas town she’s from. Like many in our community, she doesn’t go home much, but nor does she have anywhere else to go.

Home is of course more than a place of residence. Home is the place to go back to, for the holidays, for a respite from everyday life, for when things don’t go as planned, for the faithful embrace of those who cheer and worry from afar and are ready to hold you close when you return.

It is also in this sense that ex-haredi Jews are homeless. We have chosen exile – temporarily, we hope, until we build our own foundations, our own supports, our own homes. But not all of us manage.

I think of the list of names, of friends and acquaintances now gone, with the latest one freshly tacked on: Alex Deutch. Ruchy Nove. Deb Tambor. Joey Diangelo. Jacob Ausch. Faigy Mayer. Gone by their own hands. Gone, too, are their demons, and their dreams.

How many others are in the shadows, with needs that aren’t being met? Needs that can be met, if we chose to meet them. If we look. If we understand.

This is to me the eeriest feeling in the aftermath of Faigy’s death: There will be another. And then another. Unless we do something.

Unless we start seeing this not as a problem for a small group, to be solved by the very few who care, but as a greater issue: of supporting freedom and choice for those who pursue it despite great costs. Unless this becomes not a haredi issue, or an ex-haredi issue, but a Jewish issue.

To be sure, the ex-haredi community has had many successes – in fact, we are bursting with them. Hundreds of former members of the Satmar and Belz and Chabad and other Hasidic sects are now thriving in their chosen pursuits and aspirations.

Footsteps, a New York City-based organization that offers support to ex-Haredim and where I serve as a board member, now has an annual budget of over $1 million, with programs ranging from college scholarships, to legal services for parents in family court, to social events that form the vital nucleus of a growing community.

Successes, however, do not make up for lost lives.

At present, Footsteps is the only organization in North America that offers a full range of support services to those of ultra-Orthodox backgrounds who seek freedom and choice in shaping their own lives. Its single largest individual donor is one of our own: a Footsteps member, a fellow ex-haredi Jew.

The cause might seem narrow, but it is a vital one. And it is time for the broader Jewish community to pay attention to this issue and begin to put resources into it.

We must extend a hand to the person on the ledge. We must offer a home to those who are homeless.

(Shulem Deen is the author of “All Who Go Do Not Return.”)