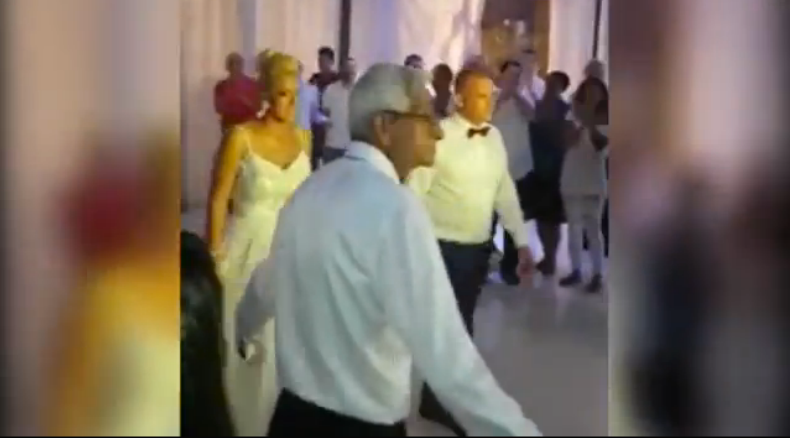 An Israeli couple’s wedding day went from depressing to uplifting thanks to social media.

At first, just a handful of guests showed up Sunday for the wedding of Annette and Lior Solomon at the Harmonia Bagan event venue near Gadera Junction in south-central Israel. Apparently, according to Ynet, most of the invited guests assumed the wedding had been canceled since the bride’s father had passed away.

That’s when one of the bride’s relatives, identified as Rivka, turned to social media to save the couple’s wedding day.

“The bride lost both her parents in the last two years. Her father passed away a month ago, and now there is no one there except for a few relatives. You don’t need a gift, you don’t need money. Just come fill the auditorium, fulfill a mitzvah, and make a bride and groom happy,” read the Facebook post.

Hundreds of guests began pouring into the wedding venue, with an estimated 2,000 eventually showing up to celebrate with the couple.

“These are the Israeli people at their best. The groom and bride cried,” Rivka told Ynet. “Understand, at the wedding canopy they were alone. After the story was published, people came to make them happy.”

Many of the guests left checks for the couple, in accordance with Israeli custom, though many did not even know who to write the checks out to.

In April, the funerals in Israel of two Holocaust survivors who died three days apart were attended by hundreds of strangers after messages were posted on social media.

The family of Benjamin Schlesinger, who was survived by one son and few other relatives, was concerned that they would not have a minyan to recite the Mourner’s Kaddish at the burial.

The surrogate granddaughter of Chaya Gertman, a survivor of Auschwitz who was unable to have children, took to Whatsapp to ask people to attend Gertman’s funeral to assure a minyan and to give her a respectable sendoff.