Portraits of strength and hope at the Maccabi Games 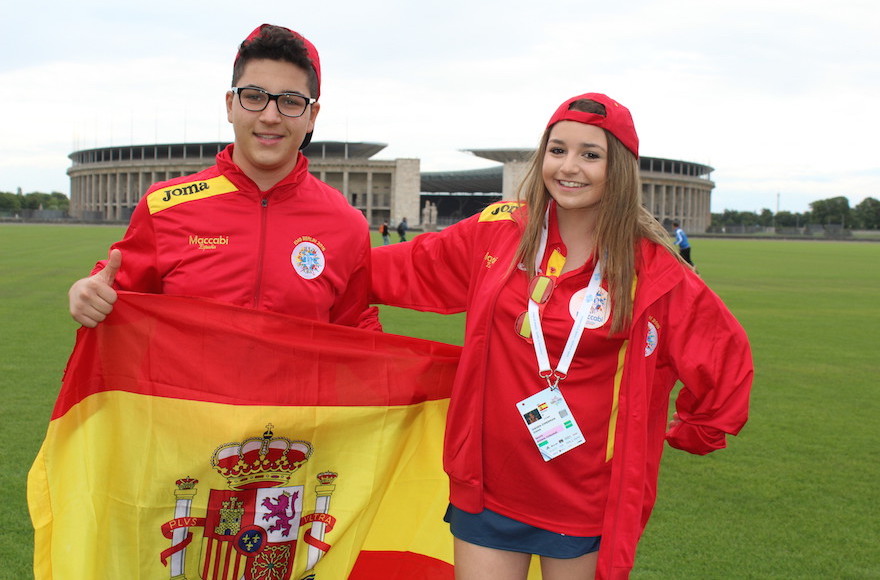 BERLIN (JTA) — The European Maccabi Games are underway in Berlin — it’s the first time Germany’s hosted the event since it began 86 years ago. The location represents pain for a people mourning the 6 million Jews killed during the Holocaust, but the young Jewish athletes, traveling to Germany’s capital from across the globe, symbolize abundant hope and survival.

Below are 10 portraits of the international athletes, who are just a fraction of the 36 participating countries’ delegations. The photographs were taken as competitors assembled to march into the Waldbuhne amphitheater — built by Hitler for the 1936 Olympics — for the opening ceremony on July 28. In the background of each photo is the main Olympic stadium, the place where African-American Jesse Owens shattered the Nazis’ Aryan-superiority myth and where Jewish-American sprinters Marty Glickman and Sam Stoller were benched. The games close Wednesday.

The government of Germany funded the reporting trip of Hillel Kuttler. It had no involvement in the writing or editing of this article.