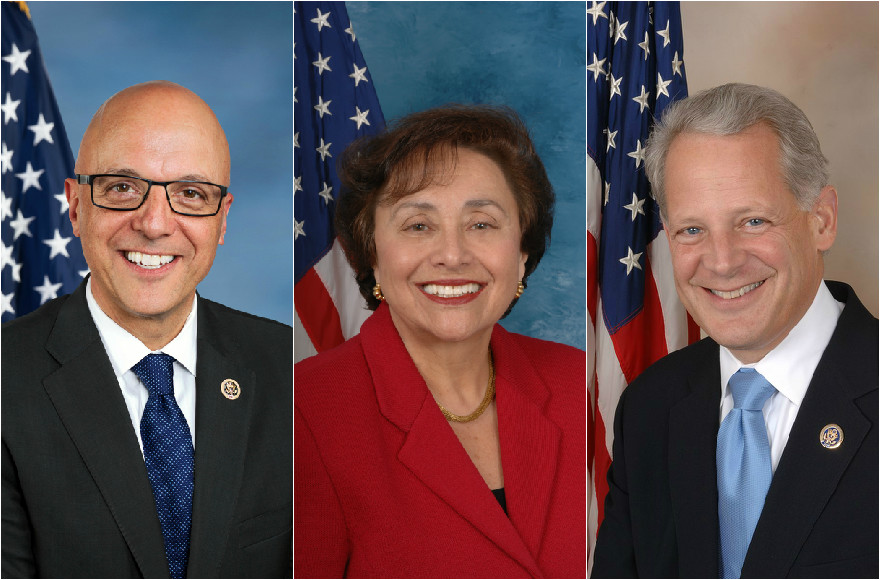 WASHINGTON (JTA) — Three top Jewish Democrats in the U.S. House of Representatives came out in opposition to the Iran nuclear deal.

Reps. Nita Lowey and Steve Israel, both of New York, and Ted Deutch of Florida announced their opposition on Tuesday afternoon. Lowey is the senior Democrat on the House Appropriations Committee; Deutch is the top Democrat on the House Middle East subcommittee; and Israel until last year led the House Democratic reelection effort.

They are the first leading Democrats and the first Jews in their party to oppose the deal.

Until now, the deal had garnered opposition only from four Democrats, none in the leadership.

A larger number of Democrats have declared for the deal, among them Jews who are in the leadership or are veterans in Congress: Reps. Jan Schakowsky of Illinois and Sander Levin of Michigan, and Sen. Dianne Feinstein of California. On Tuesday, the junior senator from California,  Barbara Boxer, came out for the agreement.

Congress has until mid-late September to consider whether to exercise legislation that would kill the deal. President Barack Obama has promised to veto any such bill, meaning that two-thirds of both chambers would be needed to override his veto.

Most Republicans oppose the deal, so the battleground will be among Democrats.

Obama and his Cabinet, backed by an array of liberal groups, including J Street, are campaigning for the deal. Israeli Prime Minister Benjamin Netanyahu, backed by the American Israel Public Affairs Committee, vehemently opposes the deal.

Lowey, Israel and Deutch, in statements and Op-Eds in hometown newspapers, said they considered carefully before arriving at their decisions.

“This agreement will leave the international community with limited options in 15 years to prevent nuclear breakout in Iran, which will be an internationally-recognized nuclear threshold state, capable of producing highly enriched uranium,” Lowey said in a statement. “I am greatly concerned that the agreement lacks a crystal clear statement that the international community reserves the right to take all military, economic, and diplomatic measures necessary during the course of the deal and beyond to deter Iran from ever developing a nuclear weapon.”

Boxer, in her statement favoring the accord, said, “If we walk away from this deal, Iran would have no constraints on its nuclear program and the international sanctions that helped bring the Iranians to the table would collapse. The strong support from the international community — including the announcement this week by the Gulf states [in favor of the deal] — underscores how this deal is the only viable alternative to war with Iran.”