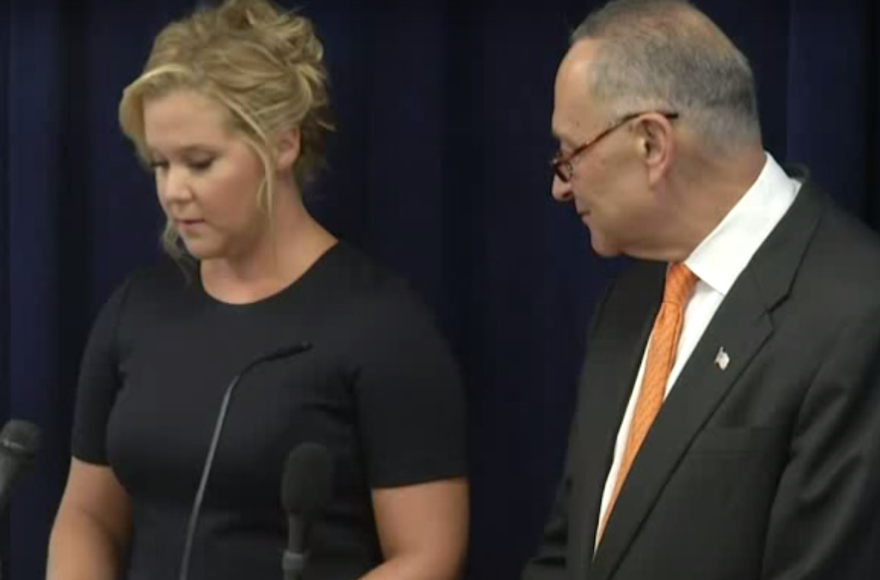 At a news conference at the senator’s office in Manhattan on Monday, Amy Schumer said she agreed to his request for the campaign, dubbed “Schumer and Schumer, Enough is Enough,” in the wake of the July 23 shooting in Lafayette, Louisiana, during a screening of her film “Trainwreck.” Two people were killed and nine were injured.

“I’m not sure why this man chose this movie to end these two beautiful lives and injure nine others, it’s very personal for me,” said Amy Schumer, who stars in and wrote the movie. “Unless something is done and done soon, dangerous people will continue to get their hands on guns.”

The Louisiana gunman, John Russell Houser, was known for espousing misogyny and anti-Semitism on the Internet and call-in radio. Schumer’s film has been presented as a feminist comedy. Both Schumers are Jewish.

At the news conference, Senator Schumer, a Democrat, said he plans to introduce legislation that would offer incentives to states to share histories of domestic violence and mental problems with the Justice Department, which administers background checks for gun purchasers. It would also fund mental health care. Houser had a history of domestic violence and had been institutionalized.

Houser, who killed himself as police moved in, legally purchased his gun last year.

“It’s often something that shouldn’t have happened in the first place,” Amy Schumer said. “Today’s push makes so much sense because it seeks to address the how.”