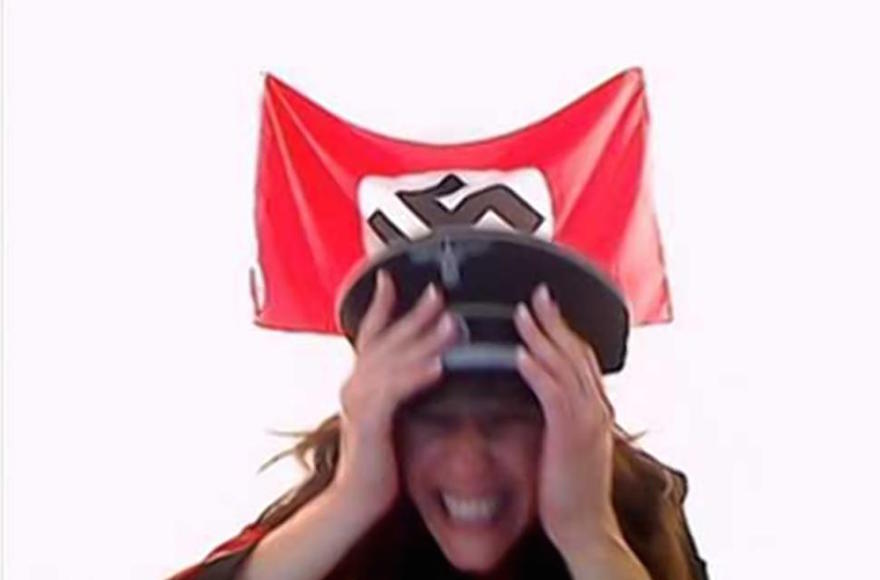 In what sounds like a Jewish mother’s worst nightmare, a popular webcam model reportedly earned $30,000 in tips for performing a striptease dressed in a Nazi uniform.

The model, who goes by the name Sunny Olivia, wore an SS Nazi guard jacket and hat while performing on MyFreeCams, a popular webcam site. According to Vocativ, Olivia stood at a podium that wouldn’t be out of place at a Hitler rally and wrapped herself in a Nazi flag during the bizarre burlesque routine on Saturday.

Worst of all, she defended the ordeal as an expression of free speech after it was prematurely shut down by site administrators.

“Sorry guys, I’m shutdown by mfc[sic] admins. Talking about freedom, eh?” she tweeted after the show.

One of Olivia’s fellow MyFreeCams performers even pledged to donate half of her earnings from that night to the Museum of Tolerance.

In light of recent events on #MFC, half of everything I make this evening on cam will be donated to the Museum of Tolerance. Be on soon.