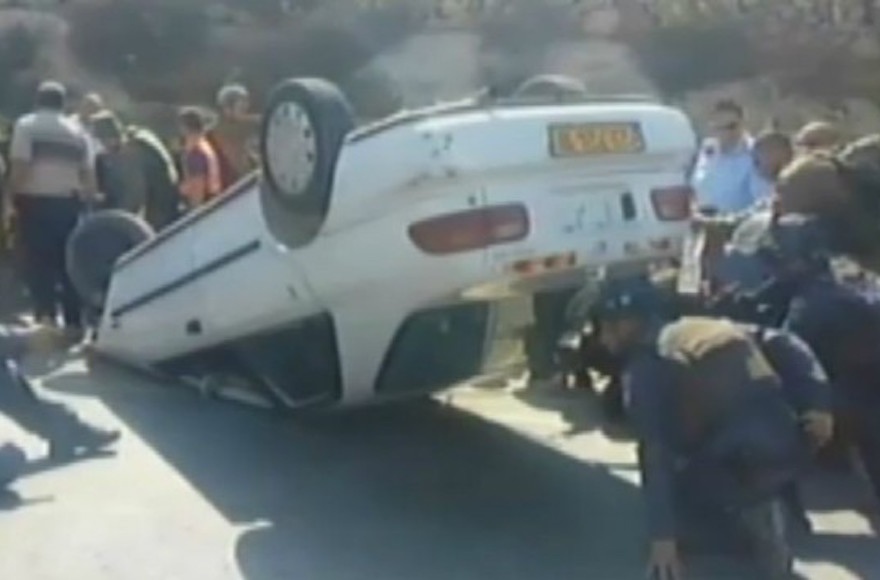 JERUSALEM (JTA) — Three Israelis soldiers were injured, two seriously, in a suspected terrorist attack in the West Bank when they were intentionally rammed by a car.

The incident occurred Thursday afternoon near the Shiloh settlement located north of Ramallah.

The two seriously hurt soldiers sustained head and chest injuries and were on respirators, according to reports. They were evacuated by helicopter to Hadassah Medical Center in Ein Kerem.

Other Israeli soldiers fired at the driver, causing the car to overturn, the Israel Defense Forces said in a statement. The driver, a Palestinian, reportedly was treated at the scene for a gunshot wound to the chest and then taken to Shaarey Zedek hospital in Jerusalem.

Israeli Prime Minister Benjamin Netanyahu in a statement praised the soldiers for their quick action and wished the injured a speedy recovery.

“I find it strange that those who hastened to condemn terrorism against Palestinians are silent when terrorism is directed against Jews,” he also said.

The attack came nearly a week after a Palestinian baby was killed in a firebombing on his West Bank home that left his parents and older brother seriously injured.