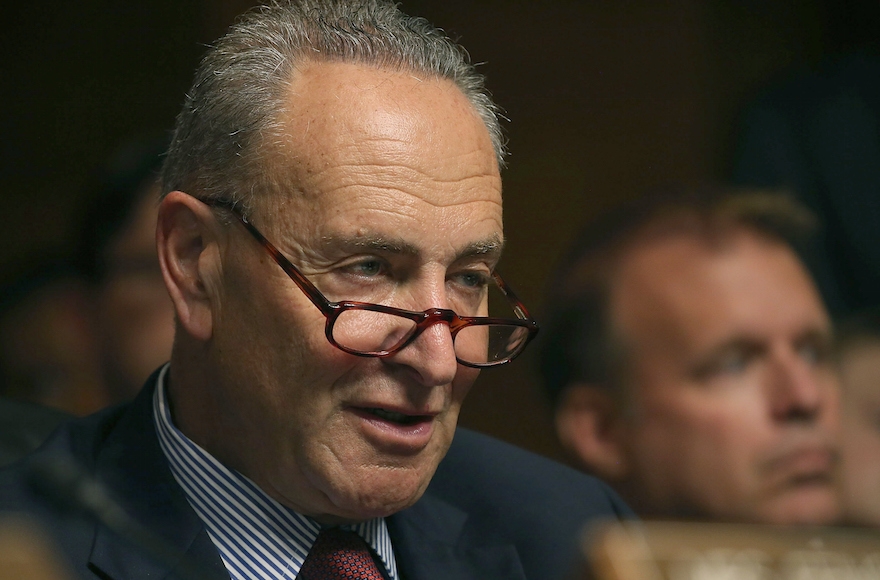 NEW YORK (JTA) — Two of the most watched Jewish lawmakers in Congress announced that they will vote to disapprove of the Iran deal.

Sen. Charles Schumer and Rep. Eliot Engel, Democrats from New York, both said Thursday evening that they had considered the issue carefully before their decision.

“Advocates on both sides have strong cases for their point of view that cannot simply be dismissed,” Schumer said in a statement obtained by The New York Times. “This has made evaluating the agreement a difficult and deliberate endeavor, and after deep study, careful thought and considerable soul-searching, I have decided I must oppose the agreement and will vote yes on a motion of disapproval.”

Schumer, who is poised to become his party’s leader in the Senate in 2017, and Engel, the top Democrat on the U.S. House of Representatives Foreign Affairs Committee, had come under intense pressure from the White House and critics of the deal both because of the intensity among some Jewish New Yorkers and the lawmakers’ influence as unabashed supporters of Israel.

“The answers I’ve received simply don’t convince me that this deal will keep a nuclear weapon out of Iran’s hands, and may in fact strengthen Iran’s position as a destabilizing and destructive influence across the Middle East,” Engel was quoted as saying by Reuters.

Congress has a window until the end of September to kill the deal, but opponents of the deal must garner two-thirds majorities in both chambers to overcome President Barack Obama’s pledged veto. Most Republicans want to kill the deal, making the battleground for votes among Democrats.

MoveOn, a liberal group that backs the deal, announced within minutes of Schumer’s declaration that it would launch a donor strike targeting the Democrats’ Senate reelection committee. Such a strike could send a message to the party’s establishment while freeing up the grassroots movement’s base to give to individual senators.

“The vast majority of Democratic voters — the people who elected President Obama in part because of our shared belief that war must always be a last resort — will not stand for it,” said a statement from Ilya Sheyman, the group’s political action director. “Frankly, we thought Senator Schumer and other Democrats in Washington had learned their lesson after being misled into supporting a misguided war of choice in Iraq.”