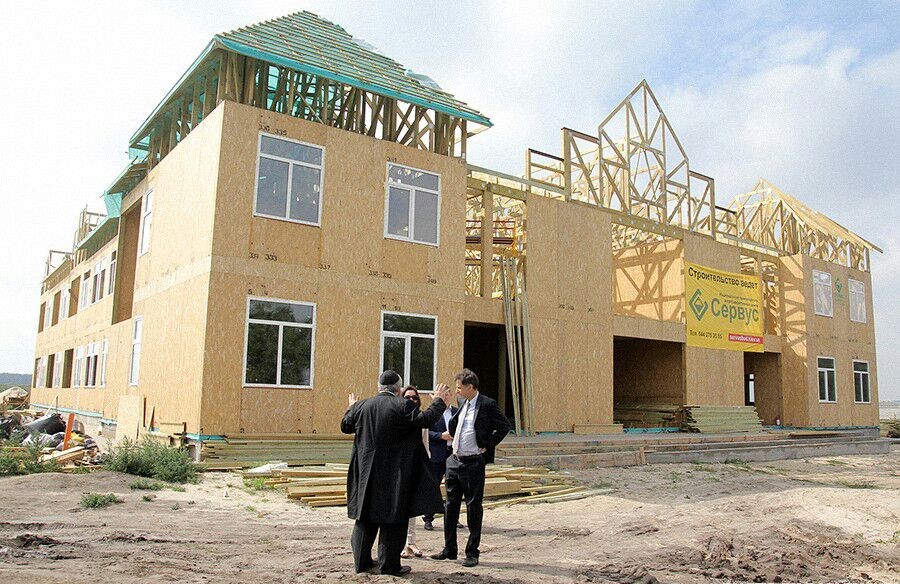 (JTA) — A groundbreaking ceremony was held for a village for Jewish refugees from the conflict raging in eastern Ukraine.

Israel’s ambassador to Kiev, Eliav Belotserkovsky, was among those on hand for the ceremony earlier this month near the village of Gnativka, which is located 15 miles from the Ukraine capital.

Cement trucks poured the foundations for the village, where 100 new residents are expected to settle next month, the village’s initiator, Rabbi Moshe Azman, told JTA on Friday.

“We are set to accommodate the newcomers in time for the Jewish holidays and the start of the school year,” said Azman, who has used his Kiev community’s resources for the past year to accommodate dozens of Jews who had to flee their homes in the Donetsk and Lugansk regions amid fighting between Russian-backed separatists and government troops.

Belotserkovsky, who assumed his post last year, said the project was proof of “the value of ‘arvut hadadit’ — mutual responsibility, the responsibility of any Jewish person to care for another,” according to Azman.

Azman launched the plan to build the Anatevka Jewish Refugee Community in the summer. The first phase of the $6 million project was paid for with money raised locally and abroad.

The name Anatevka – the fictional Jewish village in the iconic Broadway musical “Fiddler on the Roof” – was selected for its resemblance to the adjacent village Gnativka, according to the project’s manager, Chaim Klimovitsky.

The wooden houses selected for the first phase of the project “will offer better insulation in winter than concrete houses,” Azman said.