Wearing my kippah in Italy — and feeling fine 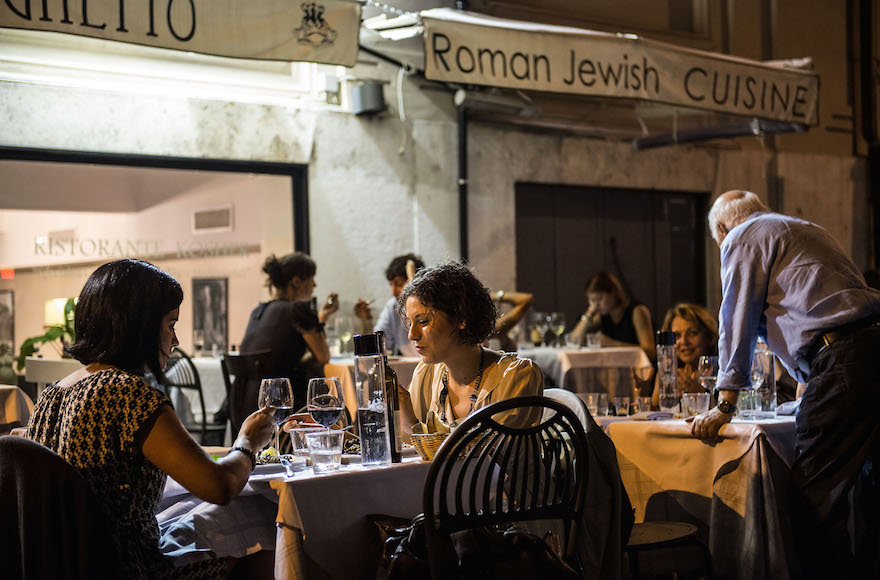 During my four months studying in Italy in the fall of 2007, you could say I had more than my fair share of strange Jewish experiences.

Running late for a train one morning in Florence, I decided the best course of action would be to lay tefillin in the janitor’s closet at the station, only to have a policeman threaten to arrest me for trespassing. Lost in Rome one Friday afternoon, a Smart car pulled up alongside me, a 17-year-old leaned out the window and, in Hebrew, invited me to jump in. He dropped me at my hostel, blocks away from his synagogue.

And at the end of my semester, my Jewish classmate and I made the stunningly idiotic decision, eight nights in a row, to prop up a lit menorah on a can of liquid plaster on the second floor of a centuries-old palazzo. I’m still relieved it didn’t burn down.

But one thing I never experienced was anti-Semitism, even as I wore my kippah everywhere, every day. I was physically or verbally accosted that year in Barcelona, Budapest, Paris and Prague. But from a Florentine street of Arab merchants to the northern city of Cremona, no Italian ever seemed to treat me worse for being Jewish.

Back in Italy this week for work, I wanted to see if things had changed. In recent years, strong anecdotal evidence, data on rising anti-Semitism and urgings from European Jews had convinced me to take off my kippah while on the continent.

Would Italy be the same? Reports of anti-Semitism, after all, had risen there, too. I decided to use myself as a test subject: I kept on my kippah and waited to see what would happen.

Instead, I found a surprising self-confidence among Italian Jews that had been absent in my visits to Paris, Madrid and Kiev, Ukraine. Over the course of a week, I met with Jews of all stripes in three cities — not one suggested I hide my head covering or told me to watch out.

An armored car and a soldier sat outside major synagogues, but they weren’t guarding a frightened community. When Italian Jews did mention local anti-Semitism, they dismissed it as either a fringe phenomenon or tied it to recent events in Israel. Italians, they said, had no beef with their Jewish neighbors.

In Milan, a Chabad rabbi strode smiling through the central train station fully clad in hat, coat and beard. In Florence, I went to Ruth’s kosher restaurant, my old haunt, only to find there were no empty tables — though they were mostly filled with tourists. And in Rome, home to Italy’s largest Jewish population, I found a thriving community.

A cobblestone avenue in the old Jewish ghetto is lined with 10 kosher establishments serving traditional Italian dishes and Israeli food. When I walked into a nearby cafe for an afternoon espresso, the barista made sure to tell me the food wasn’t kosher. Down the street, a large Israeli flag hung from a building alongside European Union and Italian flags over tourists speaking loudly in Hebrew and Orthodox Jewish locals wearing long skirts or kippahs. In an alley, a Chabadnik solicited passers-by to put on tefillin.

Policemen, waiters, bellhops and cabbies treated me no differently than in New York or Tel Aviv. Telling people where I lived elicited no special reaction. By the end of the trip, I’d settled back into forgetting my kippah was on.

Then, on my last day, someone tapped me on the shoulder in Rome and asked about it. Bracing myself, I turned around to find an older man. He just wanted to know how my kippah stayed on.

I showed him my clips and prepared to exit the bus. But before I left, he made sure to tell me his father, a devout Catholic, had worked with many Jewish vendors in business over the years. Of all his associates, he said, they were the most honest.

And with that, he smiled, said, “Ciao, ciao” and sent me on my way.