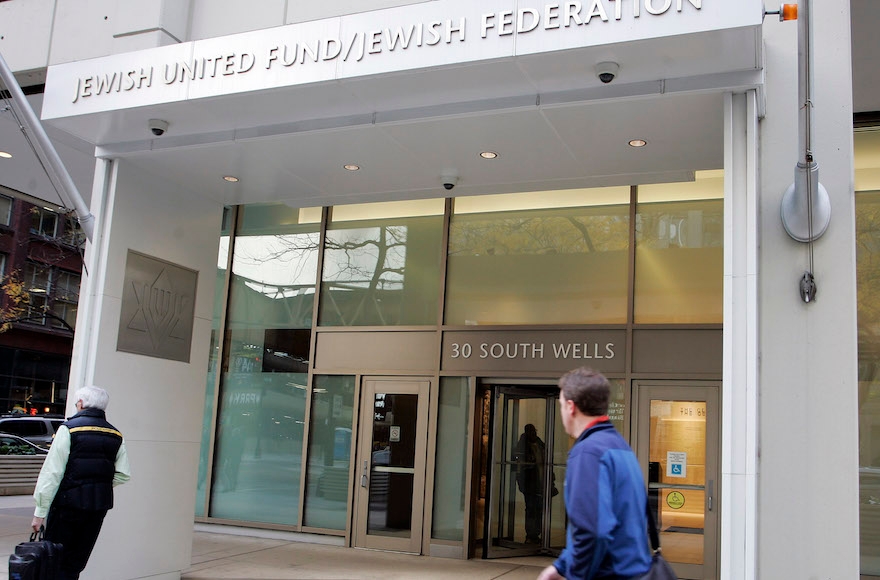 (JTA) — Chicago’s influential Jewish federation has come out against the Iran deal.

After a three-hour discussion by the board of directors, “a majority opinion emerged and was adopted: to call on Congress to oppose the JCPOA as originally submitted, and to ask legislators to work with the Administration to produce better solutions addressing Iran’s nuclear program,” the board said in a statement released Friday.

JCPOA stands for Joint Comprehensive Plan of Action, the official name of the nuclear agreement reached between world powers and Iran on July 14.

With annual revenue of nearly $100 million, the Jewish United Fund/Jewish Federation of Metropolitan Chicago is a major religious and philanthropic organization. In the statement, released a full month after the deal was announced, the federation’s board claimed to represent “the diversity of our beloved Chicago Jewish community.”

The board expressed gratitude for the Obama administration’s focus on the Iranian nuclear threat, but went on to say that the Iran deal should be strengthened, war is not the only alternative to the deal (Obama has claimed it is) and Israel is being singled out.

“Iran’s threats to annihilate the U.S. and Israel, its role as the leading state-sponsor of terrorism, its destabilizing of neighboring countries including U.S. allies, its theocratic, anti-democratic regime, its abysmal human rights record, and its Holocaust denial and anti-Semitism must no longer be rationalized or minimalized,” the board said. “It is long past time to place Tehran where it belongs on the world’s political map: isolated and ostracized. Hence, no nuclear accord should provide Iran with an unearned ‘express pass’ to international legitimacy.”

The Jewish United Fund/Jewish Federation of Metropolitan Chicago joins at least 17 other Jewish community groups that oppose the deal, along with many that are skeptical but not yet opposed and a couple that are unsure. Congress is reviewing the deal ahead of a vote to approve or disapprove in September.

To reach its decision on the Iran deal, the board said it met with officials from President Barack Obama’s administration, Israel, the Illinois congressional delegation and independent experts, and heard the views of “many hundreds” of its community members.

Moving forward, the board pledged to continue its past work against Iran, which it said saw the creation of the advocacy group United Against A Nuclear Iran and passage of Iran divestment legislation by Illinois, Cook County and Chicago.

The board further said it would push the U.S. government to make credible the military option against Iran, to intensify international efforts against Iran’s sponsorship of terrorism and to upgrade military cooperation with Israel, including possibly making Israel a NATO member. From both Chicago and New York, the board said it would advocate for the United Nations to crack down on Iran’s Holocaust denial and genocidal statements.

Even as it took the potentially divisive stand against the Iran deal, the board repeatedly called for “communal unity,” saying: “Before and after Congress votes, every Jew is a precious, welcomed, valued member of this cherished community. No matter your views, you are us, and we are you. We are all better together.”

Through its support of the Jewish Community Relations Council, the Jewish United Fund/Jewish Federation of Metropolitan Chicago coordinates the collective policies and programs of 46 constituent Jewish organizations.