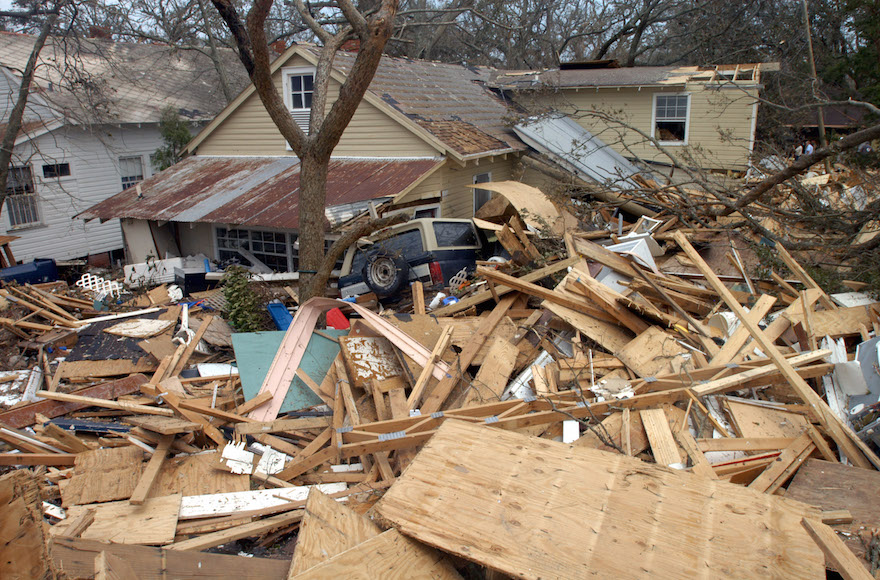 A view of the rubble in the wake of Hurricane Katrina in Biloxi, Mississippi on August 30, 2005. (Barry Williams/Getty Images)
Advertisement

BILOXI, Miss. (JTA) — Standing on an empty lot at the corner of Camellia Street and Southern Avenue, Brad Kessie wistfully inspected one of two sago palms that marked the pathway to Congregation Beth Israel, which had stood here for nearly five decades before Hurricane Katrina struck 10 years ago this month.

The circular, two-story brick building’s framework and sanctuary survived the storm, although devastating winds ripped apart its roof and facade. The synagogue in this coastal city of roughly 45,000 was razed in 2008, but a “For Sale” sign remains on the property.

“Know anyone looking to buy?” said Kessie, 49, a longtime congregant and the synagogue’s president. He can afford that sort of wry humor; the Jewish community here is still standing, even if its original home is not.

Jewish settlement in Mississippi dates back to the mid-19th century, when Central and Eastern European merchants arrived in the city of Natchez — the so-called “Antebellum Capital of the World” — and began selling dry goods to local farmers. Jews made their way south to Biloxi and neighboring Gulfport around the same time, but no congregation formed until Beth Israel did so in 1953. Members erected the synagogue five years later less than a mile from the Gulf of Mexico, the first along the 145-mile stretch of coast between New Orleans and Mobile, Alabama, and the only Conservative congregation in the state.

In 2005, Beth Israel served about 100 people from Biloxi and Gulfport (total population 71,000) — less than 10 percent of the state’s roughly 1,500 Jews, the majority of whom live 170 miles north in the capital city of Jackson. Rabbi Akiva Hall, 25, the Chabad emissary in Gulfport, grew up in nearby Ocean Springs, Mississippi, and attended Beth Israel as a teenager.

“It seemed to me to be an active community,” Hall told JTA in an email. “I had some wonderful experiences there.” 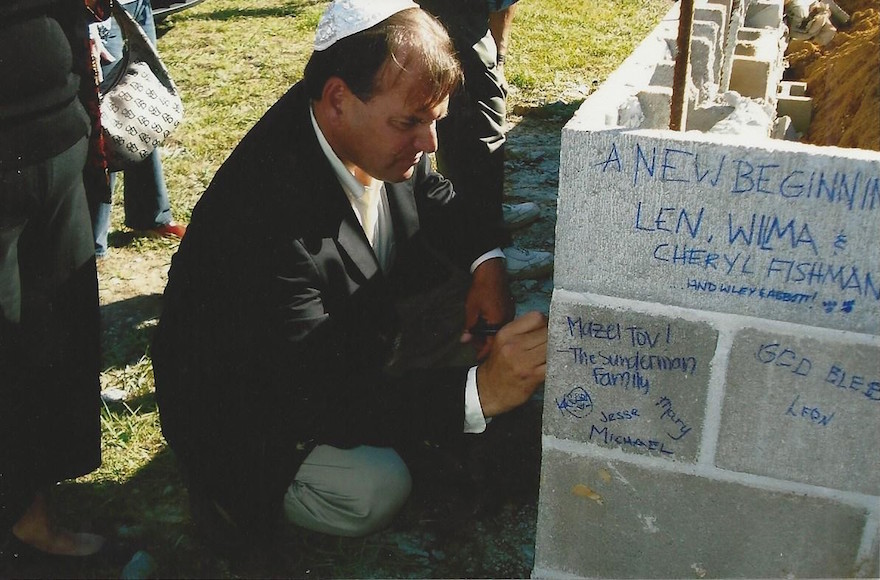 Thirteen of Beth Israel’s 65 or so families saw their homes destroyed when Katrina slammed Mississippi’s shores on Aug. 29, 2005. Nearly all were displaced. Kessie, an on-camera reporter at the local WLOX-TV at the time of the storm — he’s now the news director at the station — recalled Biloxi as a sort of post-apocalyptic wasteland. Many of the coastal highway’s boardwalks, restaurants, Civil War-era homes and casinos, mainstays of the region’s tourism industry, were severely damaged. Debris was scattered across the white-sand beachfront. The storm claimed 238 lives in Mississippi.

Like most area residents, the Jews here were traumatized, said Noah Farkas, who visited the devastated congregation more than 50 times between 2006 and 2008, when he was a rabbinical student at the Jewish Theological Seminary.

“You could set someone off very easily,” said Farkas, now the rabbi at Valley Beth Shalom, in Encino, California. “Everyone was just trying to get their stuff done.”

Despite the overall devastation, and the destruction at Beth Israel, the community as a whole was in a relatively good place, said Steve Richer, 68, Beth Israel’s president at the time. UJA-Federation of New York and the United Jewish Communities, now the Jewish Federations of North America, poured millions of dollars for Katrina relief into the Gulf Coast region. Richer said Beth Israel accrued about $600,000 from national organizations and private donations.

READ: Jewish newcomers bring optimism, but can they revive small towns in the South?

Before Katrina made landfall, Beth Israel’s caretaker, who lived in an apartment above the sanctuary, had managed to save the Torah scrolls. Several synagogue fixtures, including the stained glass windows and memorial plaques, were later deemed salvageable.

Richer, who retired as executive director of the Mississippi Gulf Coast Convention and Visitors Bureau in 2007, noted that many of the Jewish volunteers who descended on the Gulf Coast were redirected to hard-hit towns like Bay St. Louis and Waveland, where there were no Jews. 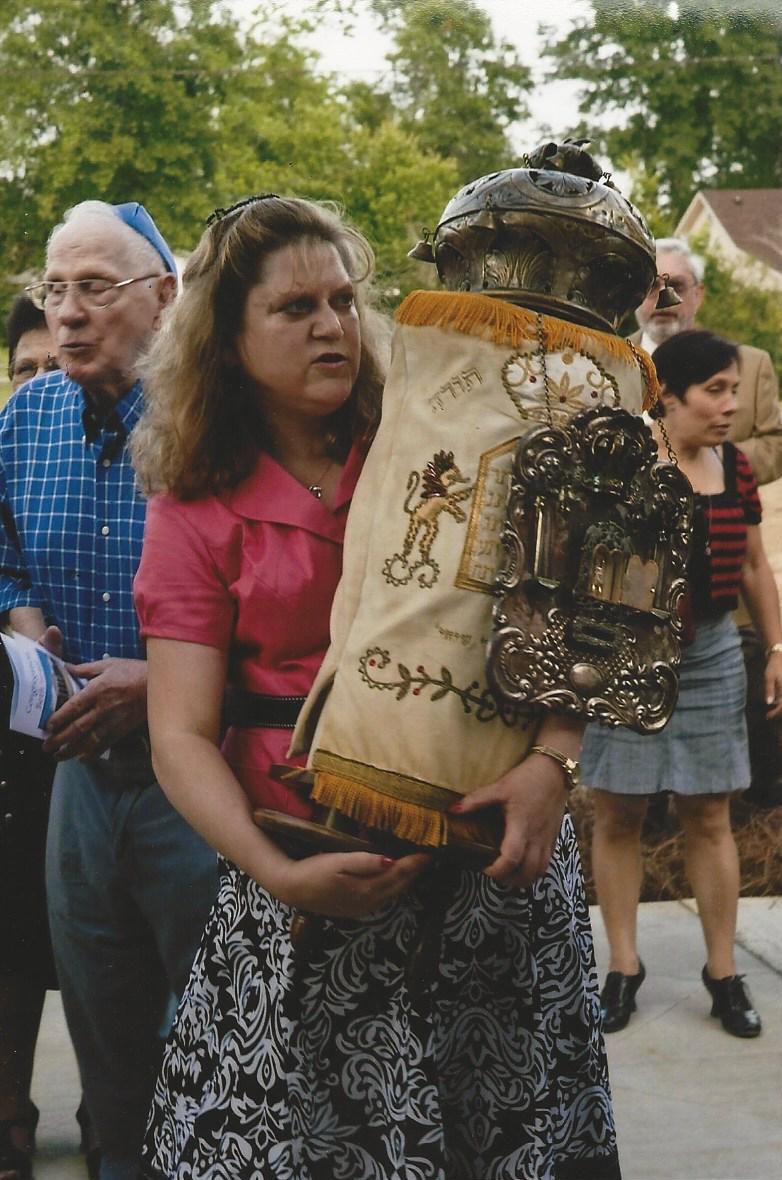 “I think we had consensus about that,” he said. “We did it in the way that our religion teaches us to do it: You put everybody out there first.”

For three years after the storm, the homeless congregation held Sabbath services at Beauvoir United Methodist Church and High Holidays in a chapel at Keesler Air Force Base, both in Biloxi. Farkas, who slept on a blow-up mattress in a Beauvoir classroom during his visits from New York, led a minyan on Friday nights and a small Torah study on Saturday mornings. With the church occupied on Sunday, Hebrew school classes occupied the offices of a company that sold housecleaning products. The congregation grew closer. It was an environment, said Lori Beth Susman, a magazine editor who moved to Gulfport from Las Vegas two decades ago, where everyone knew everyone.

When it came time for the community to address its own damage, there was less unanimity than before. Many felt it made the most sense to build a new synagogue far from the coast. Several elderly congregants insisted that Beth Israel renovate the old site, even though it was in a recognized flood zone and construction would cost more than the community’s $1.2 million budget.

“There were a lot of people who felt that this was the home of the Jewish community, and it was an area that we didn’t want to leave,” said Kessie, a Chicago native who moved to Mississippi in 1988.

In the end, the congregation decided to plant new roots in Gulfport, about 15 miles from the old Biloxi site, on land donated by the Goldins, a prominent Jewish family in the area. It opened in May 2009.

Behind a wide lawn, on a leafy street lined with churches, the pillared synagogue looks more like a stately suburban home than a place of worship. Accouterments from the old building — the Shabbat lamp and the memorial plaques in the front foyer — can be found throughout. There are two classrooms for Hebrew school students, ages 4 to 13, and a pergola-covered patio abuts a kosher kitchen.

Only 45 or so dues-paying families make up the current congregation, and 10 students are signed up for Hebrew school in the fall. While Beth Israel’s membership has declined about 30 percent since Katrina, and lay leaders conduct the weekly services — the synagogue has never had a full-time rabbi — there is little worry that Jewish life on Mississippi’s Gulf Coast will begin to fade.

Hall, who opened the Chabad center in Gulfport last year, hopes he can help. He said 30 people attended an event he organized for the Shavuot holiday earlier this year, and he studies with 12 or so people on a weekly basis. Chabad’s goal, Hall said, is to complement Beth Israel, not to compete with it.

“As a rule, we do not schedule conflicting events or publicize Friday night services in deference to Beth Israel,” the rabbi said. “There are not enough Jewish people here for two communities. We have this in mind whatever we do. We are interested in serving the greater Jewish community, not creating our own.” 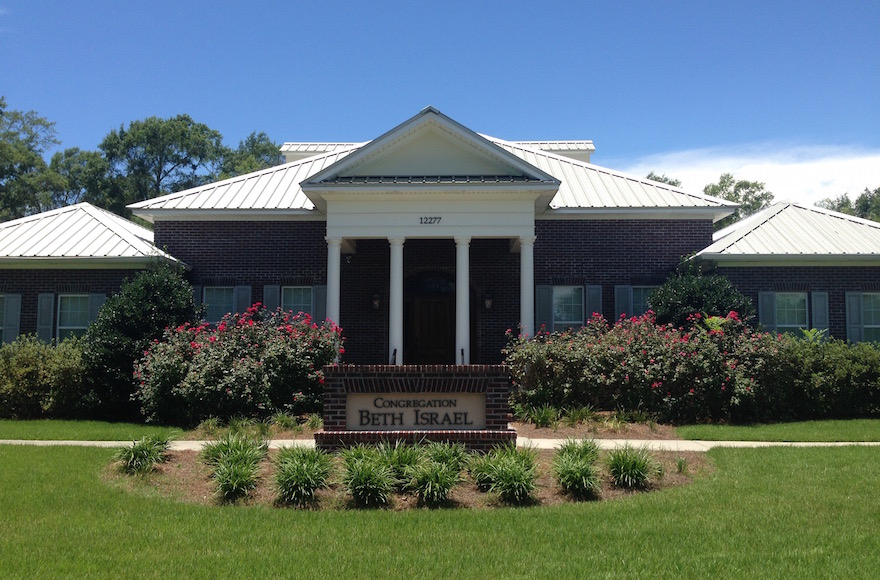 More than anything, the new synagogue represents permanence for Beth Israel. And the residential design, Susman said, is affirmation that Beth Israel, however small, is “one big family.”

In fact, the groundbreaking ceremony in October 2008 reminded some of a family reunion. Dressed in suits and dresses, congregants took turns signing chunks of the synagogue’s cinderblock foundation.

“Those signed stones,” Kessie said, “are something we hope and pray we never see again.”