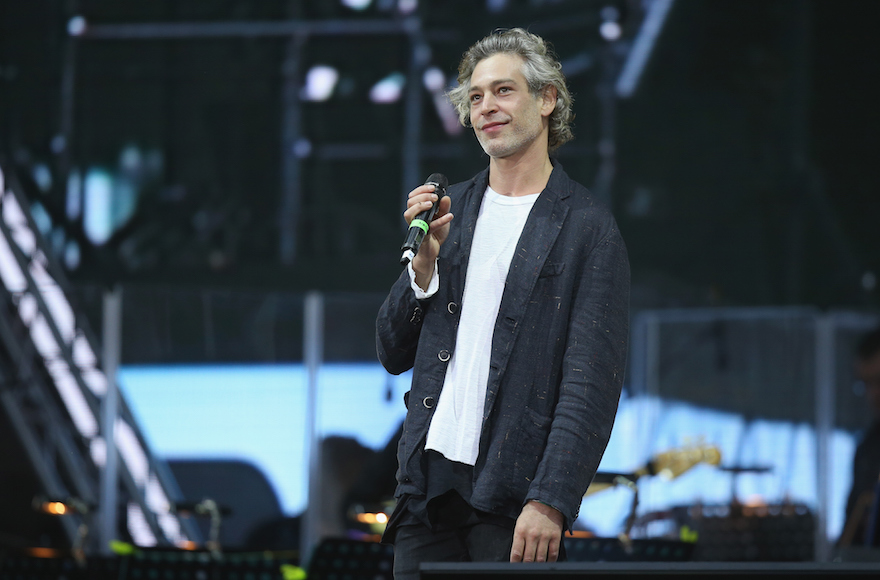 (JTA) — The Spanish Rototom Sunsplash music festival has issued a lengthy apology to Matisyahu for disinviting him from performing and has invited him again to perform on his original concert date.

The reggae festival had cancelled American Jewish musician Matisyahu’s performance on Aug. 22 because he had refused to publicly support Palestinian statehood. Following a chorus of condemnations faulting the festival for singling Matisyahu out as a Jew, including condemnation from the Spanish government, the festival backtracked.

“Rototom Sunsplash rejects anti-Semitism and any form of discrimination towards the Jewish community,” read a statement Wednesday on the festival’s Facebook page. “We respect both their culture as religious beliefs and we sincerely apologize for what has occurred.”

The statement continued, “Rototom Sunsplash would like to publicly apologize to Matisyahu for having cancelled his concert and invite him to perform at the festival next Saturday 22 August, as was initially programmed in the lineup.”

The statement said that the cancellation came due to pressure from the BDS movement, which seeks to boycott, divest from and sanction Israel. The statement cited a “campaign of pressure, coercion and threats” against it that stoked fears the festival would be disrupted and “prevented the organization from reasoning clearly.”

The festival, according to the statement, “reaffirms its commitment to a Culture of Peace and respect between cultures, including the freedom of belief as recognized in the Universal Declaration of Human Rights and the Spanish Constitution.”

The World Jewish Congress and Federation of Jewish Communities in Spain welcomed the reversal.

“On behalf of the Spanish Jewish community, I thank the organizers for their statement, and we hope that lessons have been learned for the future,” said FCJE President Isaac Querub in a statement. “We need to stand together and work together in the fight against all forms of racism, anti-Semitism and hatred.”