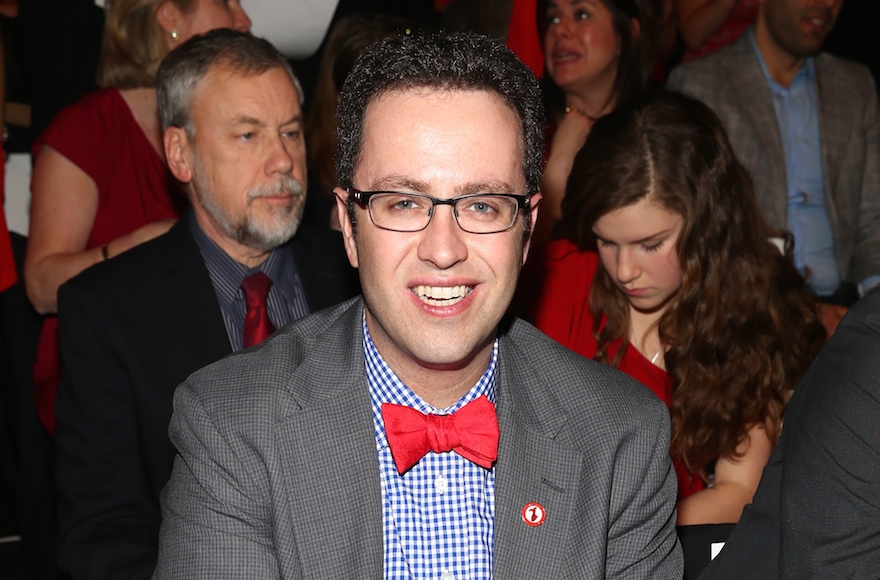 (JTA) — Jared Fogle, the former Subway spokesman, pleaded guilty to charges of distributing and receiving pornography, and having sex with minors.

As part of his plea deal, Fogle, who is Jewish, will serve between five and 12-and-a-half years in federal prison, according to the Indianapolis Star. He will also pay 14 victims $100,000 each as part of the agreement.

Fogle traveled to New York and had sex with at least two minors, ages 16 and 17, between 2010 and 2013, according to the Star. He also solicited acquaintances — from child victims to adult prostitutes — to put him in contact with other minors so he could have sex with them.

In addition, the Star reported that he received child pornography from Russell Taylor, who served as executive director of his charity, The Jared Foundation. Taylor was arrested in April on preliminary child pornography charges, and Fogle’s home was searched by police last month. Subway suspended its relationship with Fogle following the search.

Fogle became Subway’s spokesperson in 2000, after dropping nearly 250 pounds on a regimen of eating two Subway sandwiches a day.