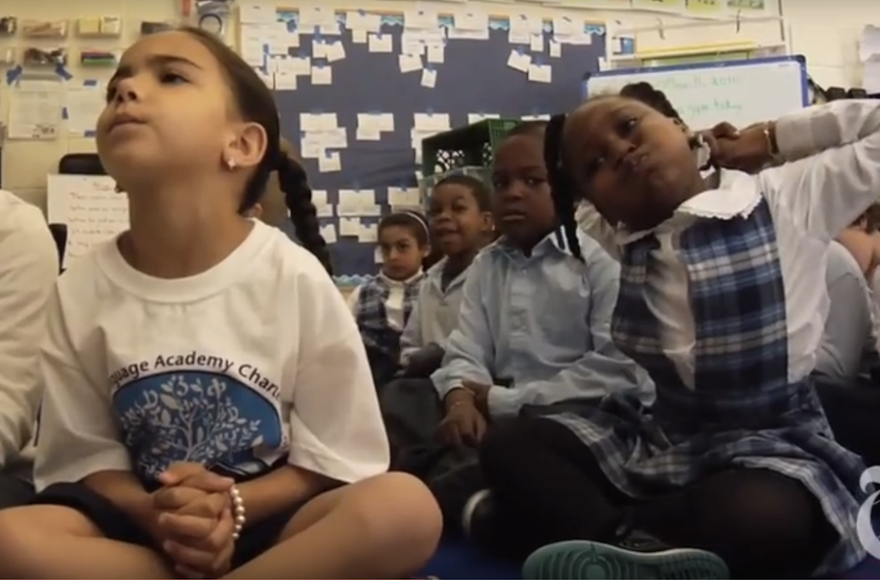 NEW YORK (JTA) — The Hebrew Language Academy in Brooklyn was ranked 27th among the 150 charter schools in New York City by the city’s Charter School Center.

The academy, which grabbed headlines in 2013 when the city Department of Education gave it an “F” grade, earned high marks in the most recent round of state tests.

Students at the academy, one of two Hebrew charter schools in New York City, outperformed state, city and district peers in the English language arts and math exams, the Hebrew Charter School Center announced in a news release issued Wednesday.

The Hebrew Language Academy is among the most diverse schools in New York, according to the Hebrew Charter School Center: 46 percent of its students are children of color, 15 percent have special needs and 8 percent are English language learners. The K-6 school will expand over the next two years to go through eighth grade.

When the academy was given an F in the final year in which the Department of Education implemented its school-grading system, advocates for the school argued that the grade was misleading, in part because it was based on the performance of only a small percentage of its students.

Opened in 2009, the Brooklyn school was the first established by the Hebrew Charter School Center, a network funded by philanthropist Michael Steinhardt and others that now has seven schools, with another to open this fall in the Minneapolis-St. Paul area. The Hebrew Language Academy is the largest in the network.

Hebrew charters are public schools — tuition-free and open to all — but teach Hebrew language and also offer instruction about Israeli history and culture. The schools in the center’s network are designed to “teach children of all backgrounds to become fluent and literate in Modern Hebrew and prepare them to be productive global citizens,” according to the Hebrew Charter School Center.