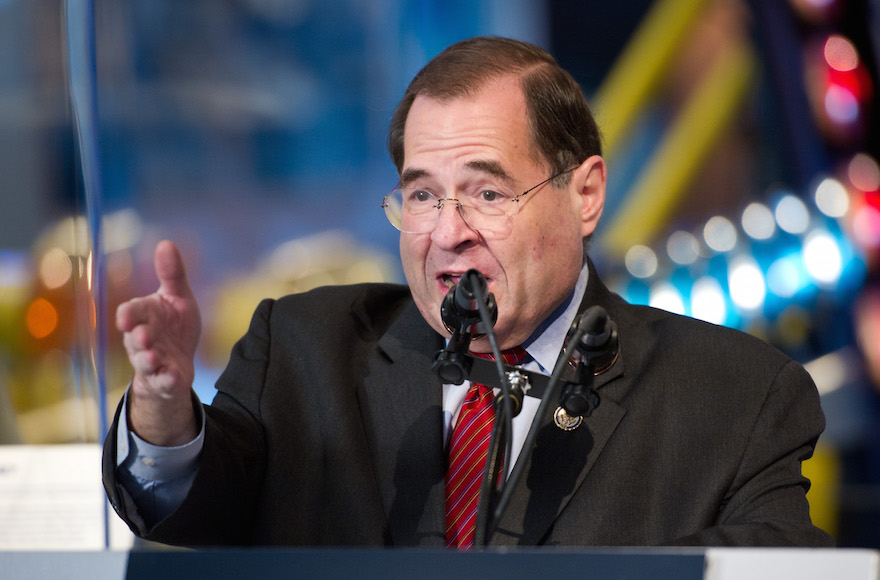 (JTA) — Despite recognizing perceived faults in the Iran nuclear deal, U.S. Rep. Jerrold Nadler announced his support for the agreement, citing “in large part” his support for Israel.

The Democratic Jewish lawmaker from New York had withheld his support for the deal for over three weeks, during which he has studied its details and received answers to questions about it directly from President Barack Obama, he wrote in a statement his office released Friday.

To a large extent, it is “because of my support for Israel that I have made the decision,” he wrote. “I am convinced it is the best option for achieving our overriding security imperative.”

Nadler is the sole Jewish lawmaker from his state to support the deal, the New York Times reported.

The agreement, in which the United States and five other world powers offered Iran sanctions relief in exchange for scaling back its nuclear program, “for all its flaws, gives us the best chance of stopping Iran from developing a nuclear weapon,” Nadler wrote.

Israel under Prime Minister Benjamin Netanyahu is a vocal critic of the deal, which Netanyahu said “paves Iran’s path to the Bomb.”

Earlier this month, Sen. Charles Schumer, another Jewish Democrat from New York, said he would not support the deal.

In an apparent reference to some of Schumer’s critics, Nadler wrote, “I am outraged that some on the Left are making anti-Semitic accusations of dual loyalty or treason when someone, particularly a Jewish member of Congress, decides to oppose the agreement.”

“I am also deeply disturbed that some opponents of the agreement have taken to questioning the sincerity of people’s support for Israel (or their ‘Jewishness’, if it applies) if that person believes” in the agreement, Nadler wrote.

Since Schumer’s announcement, a total of 26 Senate Democrats have come out in favor of the agreement.

Nadler decided to support the deal after receiving a letter from Obama answering his critical questions about it. The letter, which Nadler shared on his website, promises to increase military aid for Israel’s defense and to keep pressure on Iran for its support for terrorist groups.

Congress will vote on whether to approve the deal in September. Obama has vowed to veto any legislation aimed at preventing the deal from materializing.