Auschwitz ‘showers’ for tourists cool off some, offend others 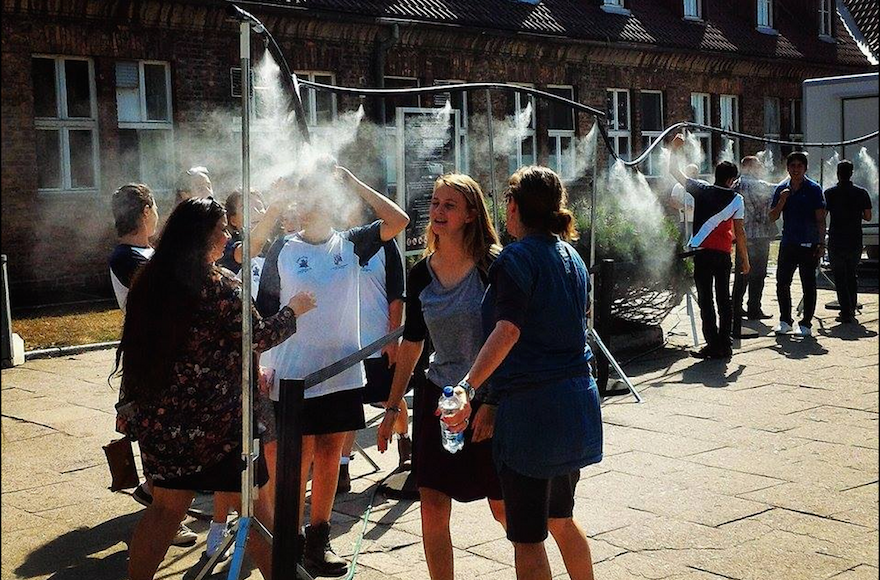 Of all the places on Earth, where would one least expect to see a new shower of any kind installed – even one that just mists overheated visitors?

The Auschwitz-Birkenau concentration camp has to be on the short list.

But that was what tourists saw this weekend at what is now the Auschwitz-Birkenau State Museum in Poland. As temperatures pushed toward 100 degrees Fahrenheit on Sunday, some visitors waiting in the museum’s long lines appreciated the shower sprinklers, which released cool mists of water. Others, predictably, found it insensitive.

“As a Jew who has lost so many relatives in the Holocaust, they looked like the showers that the Jews were forced to take before entering the gas chambers,” Meir Bulka, a 48-year-old Israeli, told The Jerusalem Post.

Bulka spoke with the museum’s management, who told him “it was a good way for people to cool off on a very hot day.” 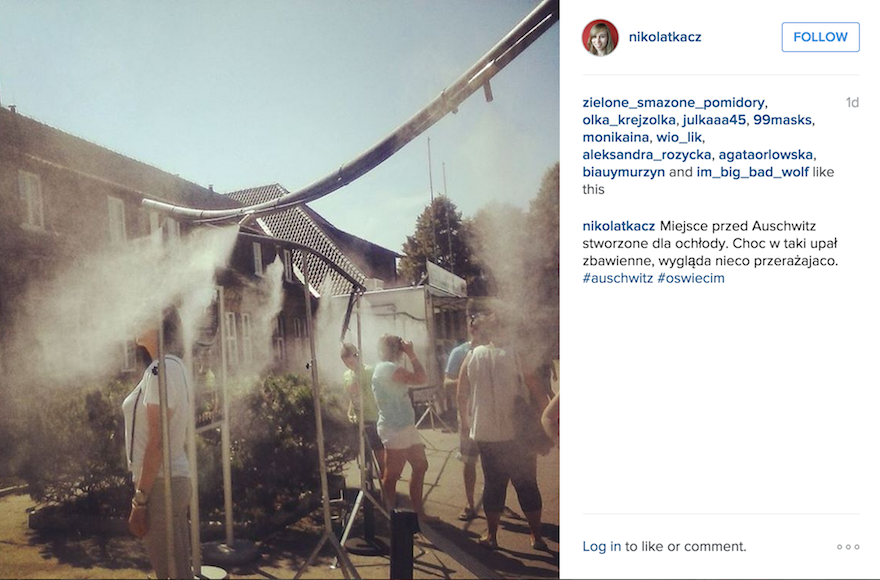 “They said they were sorry if I was offended, and I told them that there is no way to apologize to the victims of the Holocaust,” Bulka said.

On Monday, the Auschwitz museum responded on Facebook to the wave of online media criticism it received, saying that “something had to be done” about the heat visitors were experiencing.

“Among visitors there are many people who come from countries where such high temperatures as we have this summer in Poland do not occur. Something had to be done, as we have noticed cases of faints among people and other dangerous situations,” the post read.

The museum also got very specific when explaining how different their sprinklers are from Nazi gas chamber showers, which killed over a million Jews during the Holocaust.

“It is really hard for us to comment on some suggested historical references since the mist sprinkles do not look like showers and the fake showers installed by Germans inside some of the gas chambers were not used to deliver gas into them,” the post read. “Zyklon B [poison gas] was dropped inside the gas chambers in a completely different way – through holes in the ceiling or airtight drops in walls.”

The Auschwitz memorial museum is now a major tourist attraction, drawing millions of visitors each year.