How Hillary Clinton turned gefilte fish into a hashtag 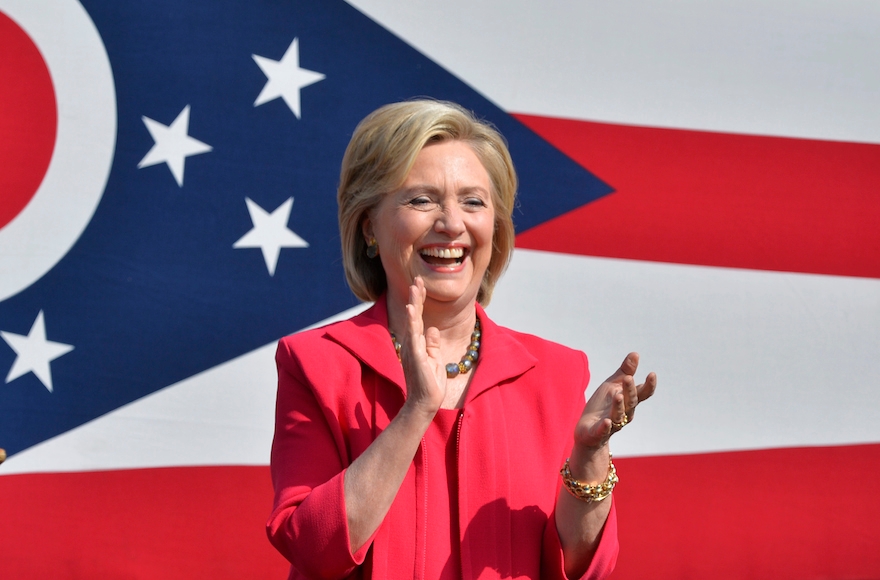 We are nowhere near Passover season, if there is such a thing, but gefilte fish is trending across the Internet. How this much-maligned fish dish became a social media sensation is a story that’s almost too good to be true — involving Democratic presidential candidate Hillary Clinton, American-Israeli relations and, of course, carp.

The tale began Monday night, when the State Department released the latest batch of Hillary Clinton’s emails from her time as secretary of state. Among the messages was this gem.

If this is not your favorite Hillary email from this particular dump, I’m not sure we can be friends. #GefilteFish pic.twitter.com/juKSO1maOH

The citizens of social media were quick to appreciate the humor of the email, which serves up the inherent hilarity of gefilte fish garnished with Hillary’s trademark brusque demeanor.

Don’t worry Sec. Clinton, this is a question that Jews have been asking for generations. #GefilteFish (h/t @OKnox) pic.twitter.com/ABEns5R1fw

I don’t care what your politics are, waking up to see #GefilteFish trending means it’s gonna be a good day.

The Gefilteria in Brooklyn, a shop that produces “artisanal gefilte fish,” was especially pleased to see its trademark ingredient in the news.

Tablet’s Yair Rosenberg discovered the genesis of the perplexing email in, of all places, a passage from Michael Oren’s recently published memoir “Ally: My Journey Across the American-Israeli Divide.” In February 2010, as part of her State Department duties, Clinton had to deal with a shipment of 400,000 pounds of carp (the main ingredient of gefilte fish) to Israel that was blocked due to a high import tariff imposed by free trade laws from 1985.

Clinton was feeling pressure to make sure the carp was delivered for two reasons: Passover was quickly approaching and Schafer Fisheries in Illinois was threatening to lay off a large portion of its staff if it could not profit from the 200 tons of carp it had shipped.

“Sounds to me like one of those issues that should rise to the highest levels of our government,” Clinton said at the time. “I will take that mission on.”

Luckily, after days of negotiations with Israel’s ministers of trade and finance, a compromise was achieved – and Passover seders across Israel were able to include the most-essential, if under-appreciated, holiday dish.