8 stories to watch in Israel next year 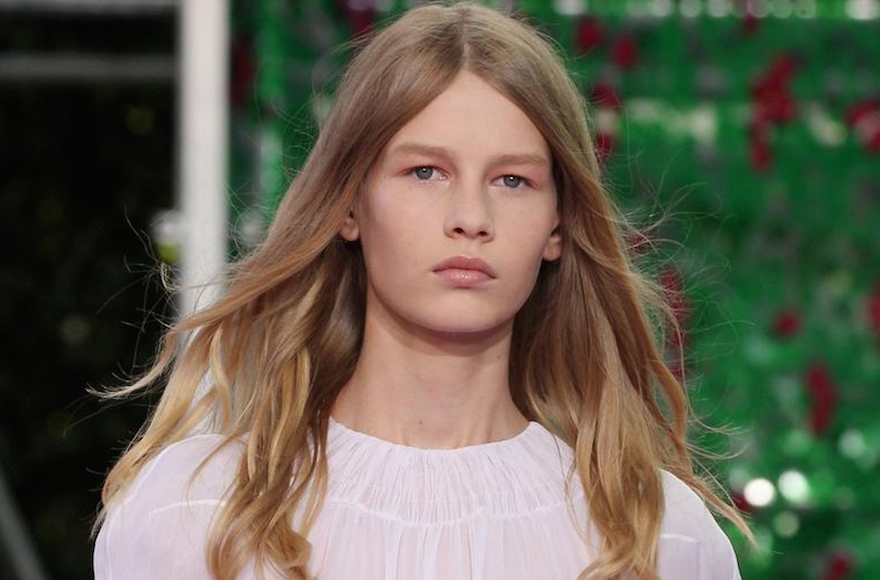 (JTA) — Tired of hearing about Israel’s conflict with the Palestinians or the machinations of a certain Islamic Republic? There’s plenty of other news happening in Israel, from uproars over the country’s enormous natural gas reserves to a growing push to legalize marijuana.

Here are eight newsy items you may have missed in 5775 — and stories you should watch out for as the new year begins.
1. Israel’s controversial gas drilling increases 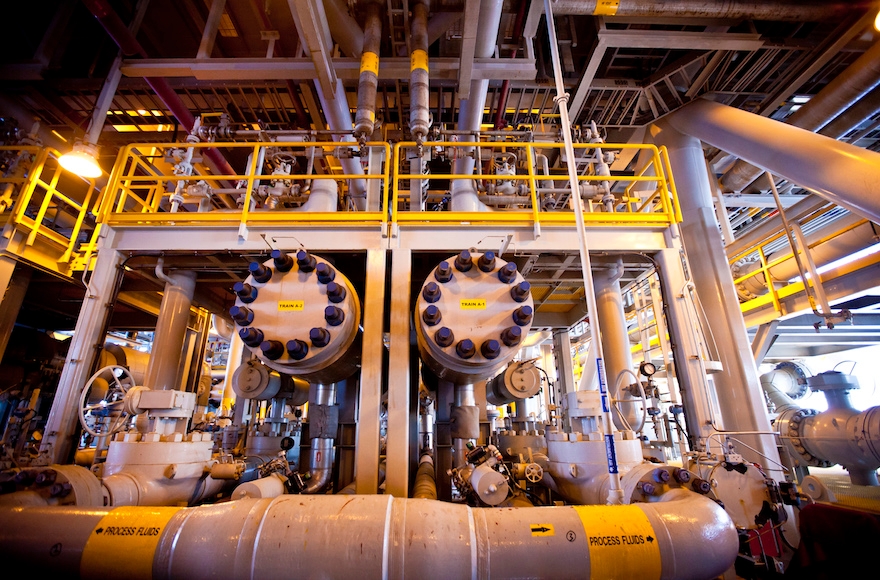 A view of the Tamar gas rig on the southern Israeli coast of Ashkelon. (Moshe Shai/Flash90)

Since the discovery of two huge offshore fields of natural gas in the Mediterranean Sea, Israel has turned from an energy importer to an exporter. Israel has signed agreements worth tens of billions of dollars to export gas to Egypt and Jordan, and in 2013, a conglomerate of two energy companies — Noble Energy and the Delek Group — began exporting gas from the Tamar natural gas field.

In June, however, an agreement to let Delek and Noble also develop the much larger Leviathan field set off protests in Israel. Critics, including the head of Israel’s antitrust authority, who resigned, called the deal a monopoly.
At first, Israeli Prime Minister Benjamin Netanyahu has vowed to move ahead with the agreement, telling the Knesset in July that “we will not allow populism to bury the gas in the ground.” But then Economy Minister Aryeh Deri refused to push it forward until a new antitrust commissioner is appointed. And in August, Egypt discovered its own offshore natural gas field, giving Israel some competition.
2. Will new reforms solve Israel’s housing crisis? 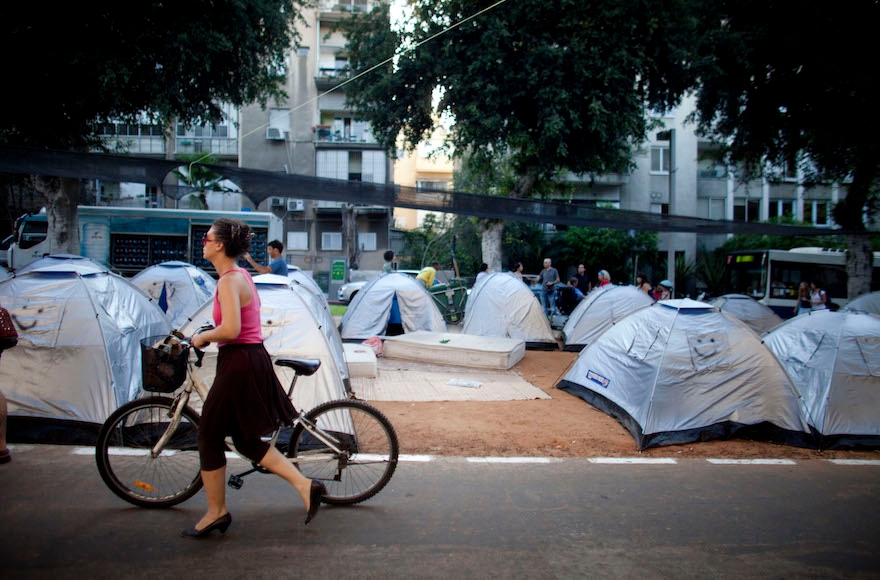 Sure, Israelis are concerned about bombs and tunnels, but they’re also worried about another threat to their ability to live in Israel: skyrocketing housing prices. Since 2008, prices have risen nearly 60 percent. The prohibitive costs of housing were what led half a million Israelis to take to the streets in protest in 2011.
Running on a promise to address the housing crisis, the upstart centrist party Kulanu won 10 seats in the March Knesset elections. Now Kulanu’s chairman, Finance Minister Moshe Kahlon, has advanced a series of reforms designed to curb prices, including raising taxes on the purchase of second homes and streamlining Israel’s housing bureaucracy, making construction and contracting more efficient. Time will tell if his efforts make it easier for young Israelis to buy a home.
3. Israel becomes more French 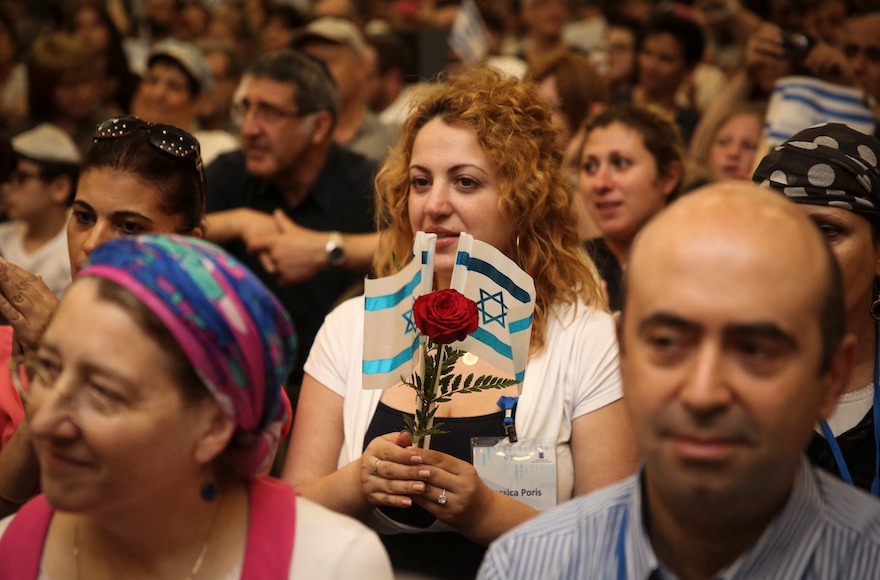 As anti-Semitism rises in France, Israelis have been hearing more and more French on the street over the past few years. Since 2010, some 20,000 French Jews have moved to Israel — and officials predict that 2015 will end up being a second straight record year for French aliyah.
Parisians have filled the streets of Tel Aviv, Jerusalem and coastal cities like Netanya and Ashdod. Israelis already are feeling their effect; shwarma stands, for example, now offer the signature Israeli lamb dish in a baguette as well as a pita. As Israel’s French community continues to grow, we’ll see how else the French arrivals may shape their new home.
4. Israel grows closer to India and China 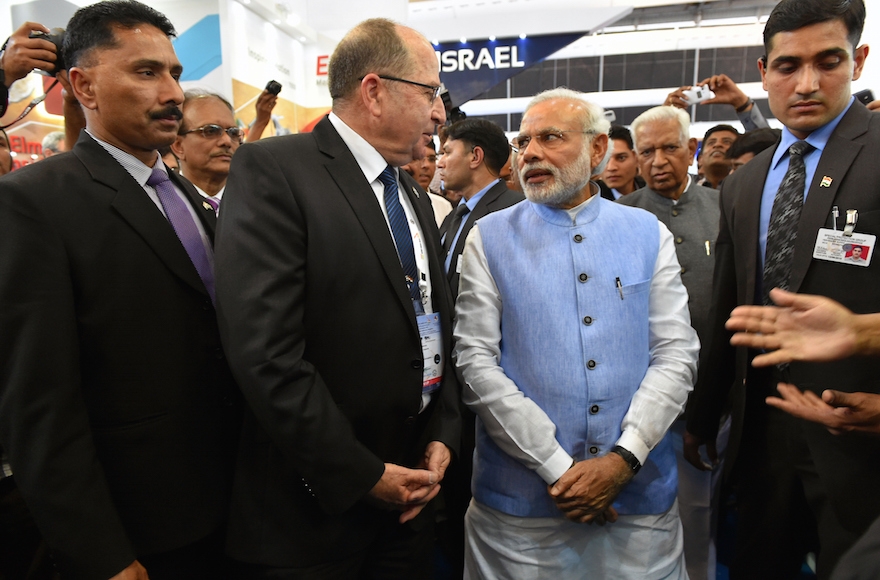 The European Union has long been Israel’s top trading partner and the United States its strongest ally. Those things are unlikely to change anytime soon, but the past year has seen Israel look to the East as well as the West.  India’s new prime minister, Narendra Modi, wants to strengthen ties with Israel — he intends to visit the country, and will be the first Indian head of state to do so — and has had friendly words for Netanyahu.
Israel, meanwhile, is looking to increase its trade with China. In 2015, Chinese investments in Israel reached $6 billion, and Israel and China are looking to establish a free-trade zone between them.
5. The rise of the 5-shekel cafe 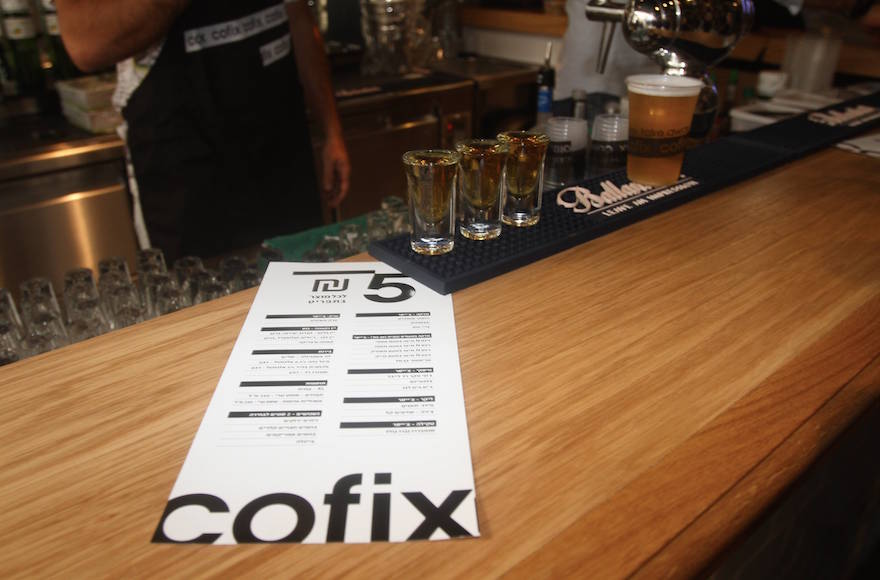 Cofix, a cafe chain that sells food for 5 shekels, opened a bar in Tel Aviv in March 2014. (Roni Schutzer/Flash90)

Israelis are fond of complaining about high prices, but one cost you won’t hear them gripe about is coffee. That’s because Cofix, a rapidly expanding cafe chain, sells everything on its menu — from espresso to sandwiches — for 5 shekels (about $1.25). Since it launched in 2013, Cofix has opened nearly 100 branches across Israel, and has plans to open a total of 300 stores. A knockoff competitor, Cofizz, has a couple dozen branches of its own with the same 5-shekel concept.
Cofix has forced older chains to lower their prices, and it’s not stopping there. It’s opened a handful of bars where everything goes for 5 shekels, and just opened a couple branches of Super Cofix, a dollar store-style supermarket with the same prices.
6. Haredim join the workforce 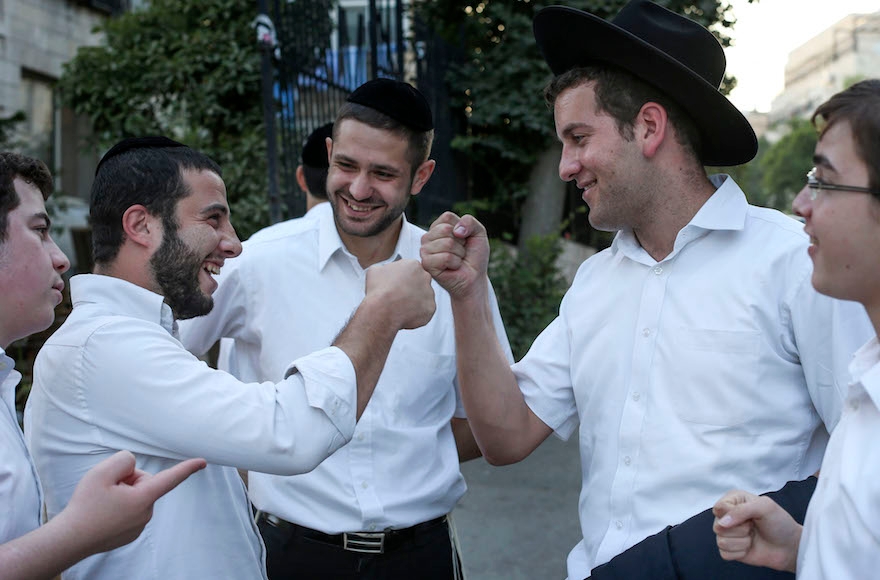 Young haredi Orthodox Jewish men during a break from studying at the Yeshiva Ateret Israel in Jerusalem, Sept. 2, 2013. (Nati Shohat/Flash90)

With haredi Orthodox political parties back in the governing coalition, haredi men are unlikely to be included in Israel’s draft. But haredim have been integrating into mainstream Israeli society another way: through the workforce.
According to recent data from Israel’s Economy Ministry, 16 percent of Israeli businesses now employ haredim, up from 8 percent in 2008. The number of haredi employees in the business sector also doubled, from 48,000 in 2008 to more than 100,000 now.
But haredi-secular relations still have a long way to go. A recent survey found that 45 percent of haredim had no interaction at all with secular Jews.
7. Marijuana legalization gets closer 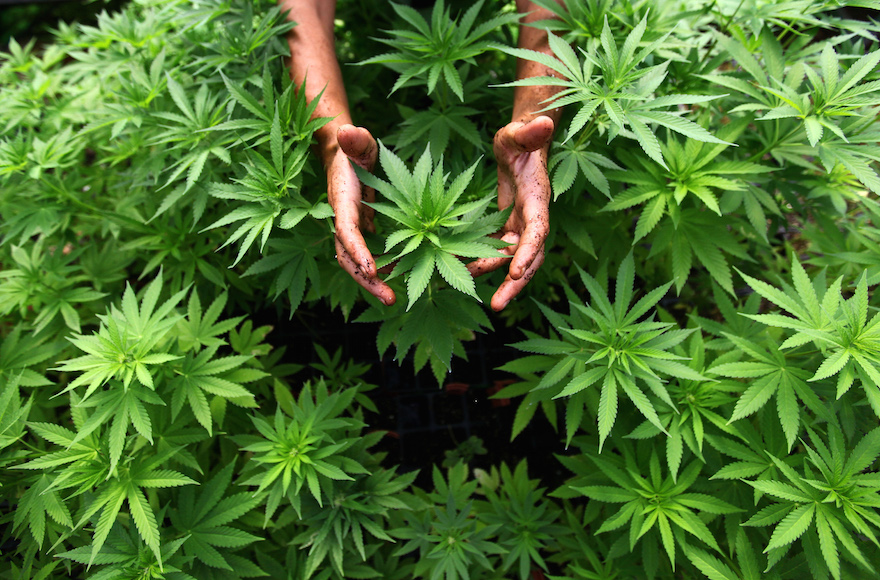 A worker tending to cannabis plants at a growing facility for the Tikun Olam company near the northern Israeli city of Safed, Aug. 31, 2010. (Abir Sultan/Flash90)

Israeli cannabis growers are hoping to make the desert bloom. Medical marijuana is already legal in Israel, and Israel’s deputy health minister announced new regulations in July that will allow cannabis to be sold in pharmacies and prescribed by a wider range of doctors.
In the past few years, leaders of Israeli political parties have admitted to having a toke, and lawmakers from both right- and left-wing parties support marijuana legalization. Until 2015, the most outspoken advocate for legalization was the far-right Knesset member Moshe Feiglin, and while Feiglin didn’t make it into Knesset in the March election, his cause goes on.
8. A 14-year-old Israeli is the face of Dior

Sofia Mechetner had no prior modeling experience before getting the Dior gig. (Twitter)

Move over, Bar Refaeli. Sofia Mechetner, a 14-year-old Israeli from the Tel Aviv suburb of Holon, was recently named “the face” of the French fashion label Dior.
Mechetner, who had no prior modeling experience, is the daughter of Soviet immigrants and reportedly shared a bedroom with her two siblings — whom she often cared for, as her parents were busy working to make ends meet. She landed the Dior job, in part, by running into the brand’s creative director at a Dior store in Paris.
Her recent scantily-clad walk down a Paris runway reignited controversy about youth and high fashion, and fashion insiders have cautioned that modeling young comes with dangers and pressures. But at least for now, says her manager, her family’s financial troubles are over.