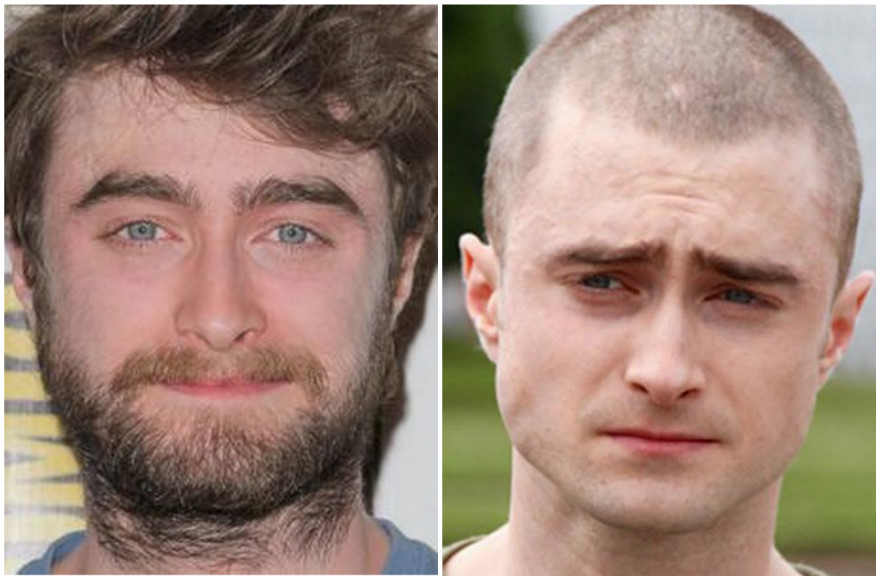 Daniel Radcliffe has changed his look for a new film. (Twitter)
Advertisement

Radcliffe, 26, is preparing to act in the upcoming film “Imperium” as an undercover FBI agent who infiltrates a neo-Nazi group that is planning to build a dirty bomb.

The British actor showed off the look on his Google+ page.

Radcliffe has worn several different hairstyles in the past, ranging from short to bushy. He has also occasionally sported a healthy amount of facial hair.

The Internet was shocked at his latest look, to say the least.

We’re in shock… Daniel Radcliffe’s hair has ALL gone! This is not a drill!! http://t.co/6cHcGE02bn pic.twitter.com/yBnh7vIuW9

Daniel Radcliffe has shaved his head and WOW that is a lot of scalp http://t.co/UgLGouJ9vy pic.twitter.com/fGCMCwLy5m

“Imperium,” which is set for a release in 2016, is partly based on the real-life experience of former FBI agent Michael German, who co-wrote the script with director Daniel Ragussis. German has criticized the FBI for not doing enough to bring white supremacist groups to justice.

“Imperium” is not the only film the busy star is working on. In recent months, according to the Independent, he has been filming “Victor Frankenstein” with fellow British actor James McAvoy and a surreal indie comedy “Swiss Army Man,” about a homeless man stranded in the wilderness.

The innocent “Harry Potter” era seems to be long gone.