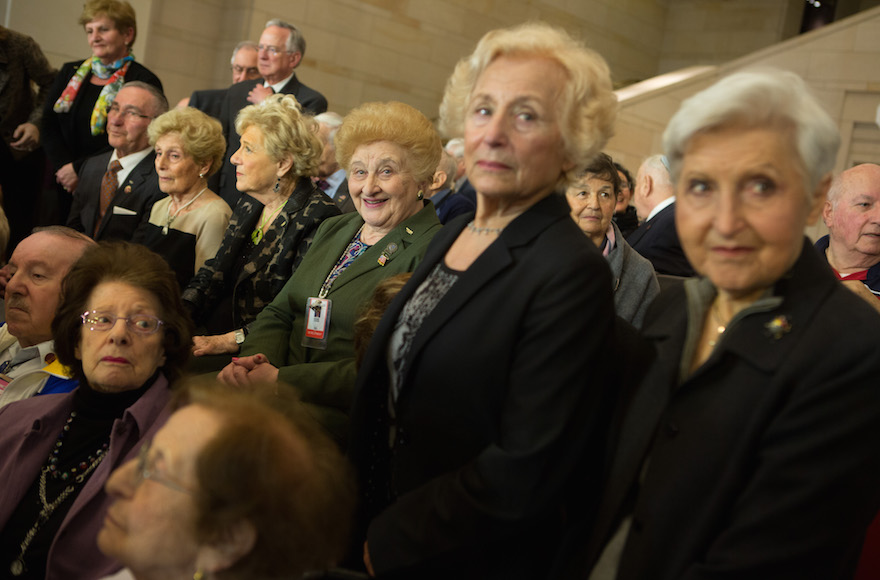 WASHINGTON (JTA) — The Obama administration has awarded $12 million for assistance to Holocaust survivors.

The allocation from the Department of Health and Human Services to the Jewish Federations of North America, to be disbursed over five years, is part of an initiative launched in late 2013 by Vice President Joe Biden to address the needs of survivors in the United States, a quarter of whom live below the poverty line.

Combined with matching private funds, the approximately $2.5 million per year over the five years “will support $4.1 million in programming annually for organizations that help Holocaust survivors,” the JFNA said. According to JFNA, the funds will be used to advance “innovations in person-centered, trauma-informed supportive services for Holocaust survivors.”

“With this award, we will be able to advance our efforts to provide crucial services to vulnerable survivors, including those living in poverty, those in the Orthodox Jewish community and those from the former Soviet Union,” Mark Wilf, the chairman of the JFNA’s National Holocaust Survivor Initiative, said in a statement.

“These are our mothers and our fathers, our teachers and our mentors,” he said. “They deserve to live their remaining years in dignity, and this award will help make that hope a reality.”

After Biden launched the initiative in December 2013, the White House in 2014 named a special envoy to the community to coordinate volunteer activities to assist the survivors.

Some 130,000 Holocaust survivors are living in the United States, according to U.S. government estimates.

Wilf, a co-owner of the Minnesota Vikings, helped organize the distribution this week of hearing aids to about 100 people in the New York area — more than 20 of them Holocaust survivors — at Yankee Stadium in New York.

The hearing aids, USA Today reported, were provided by the Starkey Hearing Foundation, with backing from JFNA, the Wilf Family Foundations, the NFL’s Vikings and the New York Yankees.