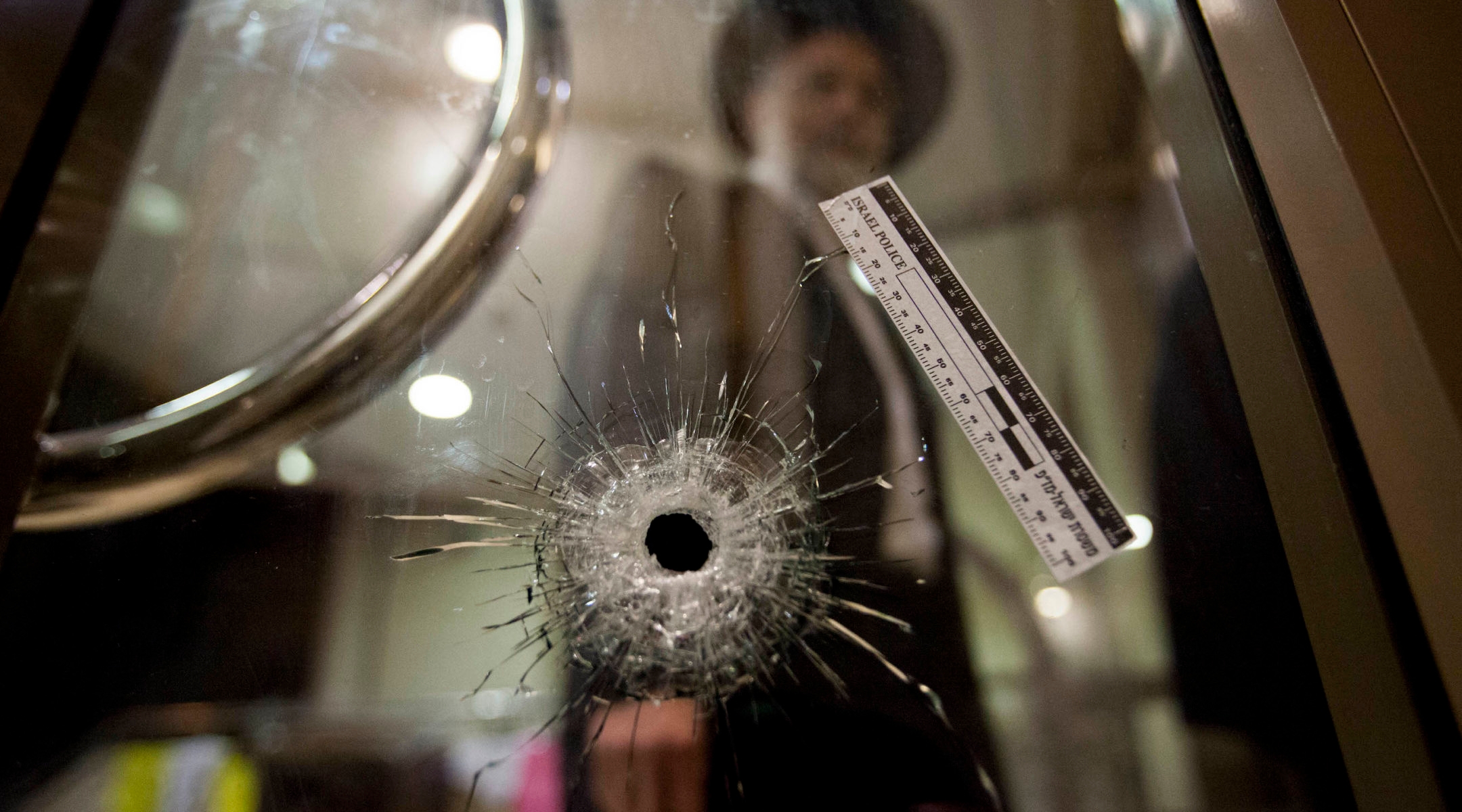 JERUSALEM (JTA) — Israeli security forces razed the homes of two deceased Palestinian terrorists and sealed off part of the home of a third.

The demolitions in eastern Jerusalem took place early on Tuesday morning, hours after Prime Minister Benjamin Netanyahu met with his Security Cabinet and vowed a harsher response to the recent wave of Palestinian terrorism that has left four Israelis dead.

The home of Abu Jamil Jasan Ben Muhammad, who carried out an attack last November on a synagogue and rabbinical seminary in the Har Nof neighborhood of Jerusalem that left five dead — including three dual American-Israeli citizens — was demolished on Tuesday. The home of his accomplice and cousin Abu Jamal Uday Ben Abed had been cemented shut at the time of the attack.

Muhammed Naif El- Jaabis, who in August 2014 killed an Israeli man and injured seven others in Jerusalem by driving a bulldozer into pedestrians on a main street, also had his home demolished.

A room in the home of Muatez Ibrahim Halil Hijazi, who in October 2014 attempted to assassinate Temple Mount activist Yehuda Glick after a speech at the Menachem Begin Heritage Center, was sealed off as well.

The demolition orders were issued last year to the families of the terrorists. The three assailants were killed at the time of their attacks.