NY Mets in the playoffs: Should they be thanking Bernie Madoff? 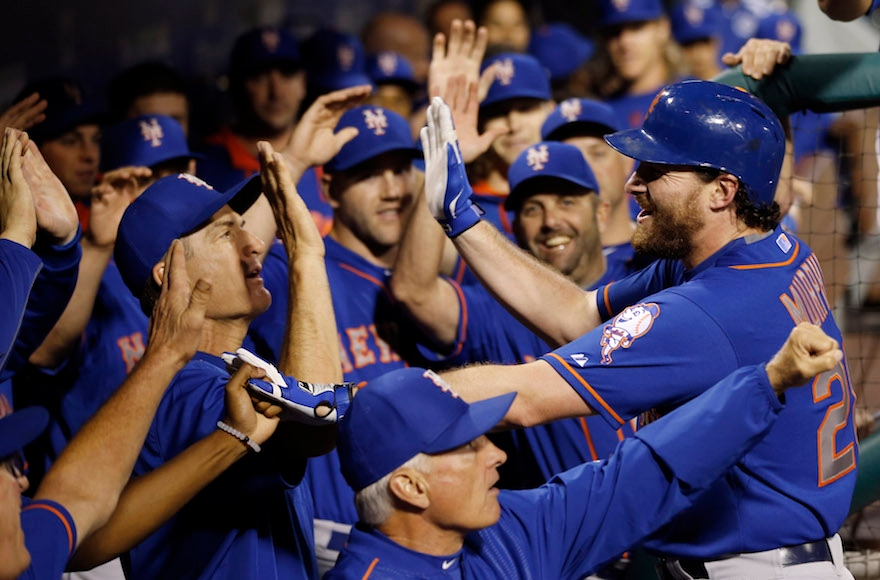 Having endured a nine-year playoff drought, New York Mets fans are used to blaming Bernie Madoff for the team’s woes.

Madoff’s massive Ponzi scheme, uncovered in 2008, cost the Mets’ owners, Fred Wilpon and Saul Katz, nearly $700 million and forced the team to restructure its payroll and finances. The option of signing premier talent to big-time contracts became suddenly out of the question, leaving loyal fans frustrated.

The Mets’ playoff berth this season, thanks to a promising cadre of young talent, seems to have put the Madoff debacle in the rearview mirror. As the team gets ready to face off against the Los Angeles Dodgers in the MLB National League Division Series (which begins Friday night), all eyes are now on the young Mets pitching staff, which some say is historically good.

So should Mets fans actually be thankful for the Madoff scheme’s effect on the team?

As Tom Van Riper points out in Forbes, the Madoff scandal forced Mets management to change its strategy in ways that have benefited the team in the long run.

Van Riper’s analysis goes all the way back to the early 1980s, when the Mets were dreadful. Wilpon hired a new general manager, Frank Cashen, who committed to spending multiple years developing a group of talented young players in the team’s own system. The result was a team anchored by legends such as Darryl Strawberry, Dwight Gooden and Ron Darling – and a so-called “golden era” of Mets baseball in the second half of the ’80s.

When the success inevitably  faded, the Mets abandoned the rebuilding strategy and opted instead to sign batches of expensive star players. Needless to say, that tactic ultimately proved unsuccessful: Since their last World Series victory in 1986, the Mets have only made the playoffs four times. Mike Piazza, Robin Ventura and Al Leiter got the team to a World Series appearance in 2000, and Carlos Beltran, Pedro Martinez and Carlos Delgado helped power the team to the National League Championship Series in 2006. A World Series championship has proved as elusive as ever.

Van Riper argues convincingly that the Madoff crisis prompted the team’s management to rethink its strategy and start from the bottom up without big-name players, as it did in the early ’80s.

“The financial strait jacket placed on the club by the Madoff mess forced it do something it had resisted for years – conceding the short-term in exchange for building something with legs,” Van Riper writes. “That is, a team with a large window for championship contention that can win games, draw crowds and push ratings on SNY [the Mets TV channel that broadcasts games] for a number of years. Now, after several seasons of losing, that team is here.”

At least Madoff may have given New Yorkers one thing to cheer about.