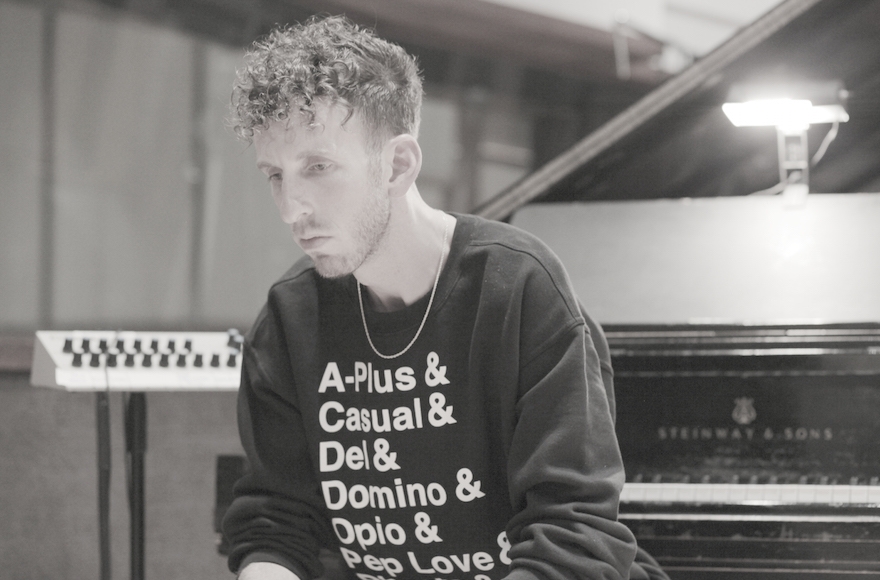 (JTA) — What do Madonna, Vampire Weekend, Usher, the Plain White T’s and Justin Bieber have in common?

In addition to getting extensive play on Top 40 radio stations, they have all worked with Grammy-winning producer Ariel Rechtshaid, a Los Angeles native born to Israeli parents.

Rechtshaid, 36, has become one of the most eclectic and sought-after music producers in the industry. He’s probably best known for working on hits with Usher and Carly Rae Jepsen – she of “Call Me Maybe” fame — but his diverse resume is also filled with well-regarded indie acts like the funky R&B singer Blood Orange, folk rocker Cass McCombs and ’70s ballad-style crooner Tobias Jesso Jr. LA Weekly dubbed him “the indie super-producer.”

At the moment, Rechtshaid is working with Haim — an ’80s-style pop-rock group composed of three sisters, also born to Israeli parents in Los Angeles — on the follow-up to their acclaimed 2013 debut album “Days Are Gone” that Rechtshaid also produced.

In spite of his success, Rechtshaid — who is tall and lanky, with frizzy curls that spill onto his forehead — describes his rise through the industry in modest terms, as if his success has been the result of a series of chance developments. He explains his parents’ immigration to the United States much in the same manner.

“Growing up in Israel in the ’50s and ’60s, I think it’s just kind of a romantic idea to make it out to L.A.,” Rechtshaid said of his dad, who before moving to the U.S. would extend his radio’s antenna with tin foil in order to hear rock music. “Can’t read into it too much, it just kind of happened.”

Rechtshaid was born in a community near Beverlywood, in West Los Angeles, with a high concentration of Hasidic Jews, though his parents were not Hasidic. When he was 5, they moved to the diverse neighborhood of Van Nuys.

He describes his parents and his upbringing as “not very religious but inherently observant.”

Not surprisingly, it was also saturated with music. Rechtshaid got a guitar in sixth grade and started listening to punk rock and hip-hop. Groups like the Beastie Boys and Talking Heads dominated his massive collection of CDs.

“It was an endless amount of music that I was buying,” he said.

In high school, Rechtshaid and some friends formed a ska punk band named The Hippos. With Rechtshaid as frontman and guitarist, the band released two successful records — one on a midsize label and one on a major label — and toured the country.

Around this time, Rechtshaid also began recording his friends’ projects in his parents’ garage. It was a more complete way of expressing himself through music than playing in a band, he explains. (Today’s producers often do more than engineer music; they guide the aesthetics of an artist’s sound and help the musicians write songs.)

“That band was really the reason why I got into producing and writing as, like, an obsession, because I didn’t really feel like I was expressing myself in that band at all,” Rechtshaid said. “And I wanted to learn how to.” 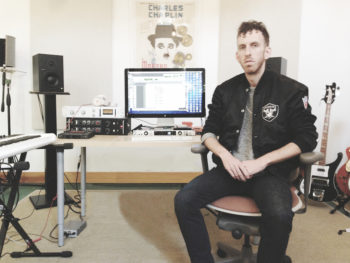 Ariel Rechtshaid at work in the studio. (Jeremiah Raisen)

Amid this garage-recording period, he connected with the Plain White T’s. Rechtshaid helped the band record what would become its third album, released on a small indie label, which included the bare acoustic tune “Hey There Delilah.”

The album sold modestly and the band continued to fly under the mainstream radar. But two years later, after signing a major label contract, the Plain White T’s decided to put “Hey There Delilah”  on its fourth album, 2007’s “Every Second Counts,” in an attempt to get the song some radio play. It rocketed to No. 1 on the Billboard 200 Chart and sold millions of copies worldwide.

“It was really kind of a funny phenomenon,” Rechtshaid said.

By the time Rechtshaid worked with Usher in 2012, his career was already on the rise. But his work on the acclaimed track “Climax” earned him a Grammy Award and cemented his status as a unique industry talent. He went on to work with established pop royalty like Beyonce, Kylie Minogue, No Doubt and Snoop Dogg (during his reggae Snoop Lion phase).

Rechtshaid doesn’t have a signature sound as much as a penchant for sounding original in the studio — much like the innovative bands he listened to in high school (see the wacky vocal manipulations on Vampire Weekend’s “Modern Vampires of the City” album or the hushed instrumentation of the Usher track). It’s hard to pinpoint many trademark sounds in his work, but many of Rechtshaid’s productions feature a healthy dose of bass and fuzzy, garbled-sounding synthesizers.

Along the way, Rechtshaid has grown close to several of his collaborators, including other members of the tribe. He says he’s “very tight” with Haim as well as Ezra Koenig, the lead singer of Vampire Weekend (the group’s latest album includes a song about an Orthodox Jewish girl falling in love with an Arab falafel shop employee).

“He’s a really smart guy and he’s very knowledgeable about a lot of things, including Judaism,” Rechtshaid said about Koenig. “[O]ne thing we both are are American Jews in 2015. And there’s a lot to that, you know?”