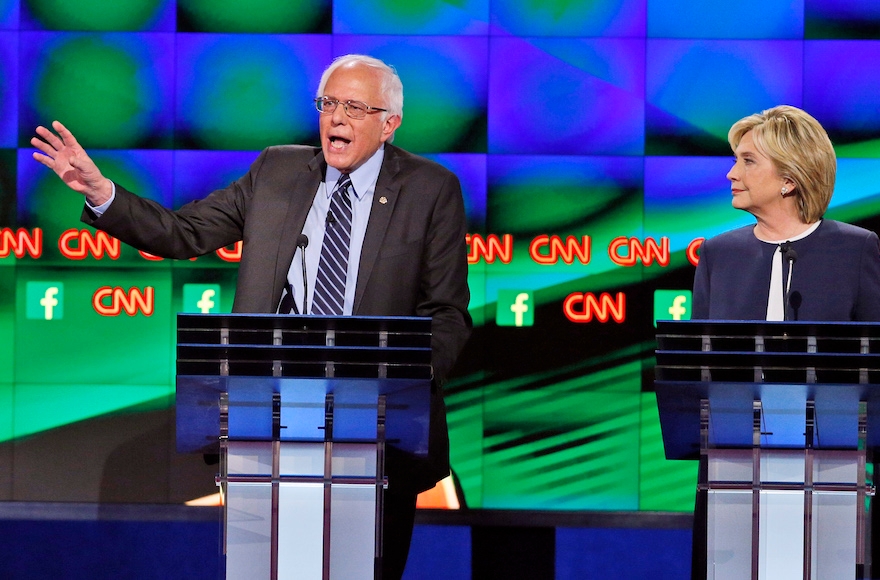 The media may have declared Hillary Clinton the winner of the first Democratic presidential debate on Tuesday in Las Vegas, but Bernie Sanders clearly won the night on social media.

Sanders’ campaign Twitter account also boasted the most retweeted line of the night on social media. His dismissal of the Clinton email scandal was retweeted over 12,000 times and made headlines.

Best line of the night: “The American people are sick of hearing about your damn emails, @HillaryClinton.” #DebateWithBernie

Amidst all the tweeting, many of Sanders’ Jewish fans were also quick to point out that his Jewish-guy-from-Brooklyn demeanor was fun to see on a national stage.

I want to have Passover Seder with Bernie Sanders so bad. Like I want to eat Haroset and matzo ball soup and listen to him read the Haggadah

At most Jewish dinner tables, @BernieSanders would be considered to be whispering. https://t.co/VadgOA8CyO

Bernie, you only smoked twice? You were smoking the wrong weed. Come to a Seltzer Hannukah party and we’ll fix that & then eat some latkes.

Sanders will have to wait and see whether all of that online enthusiasm will translate into votes.