ADL honors Matisyahu for standing up to anti-Israel boycott 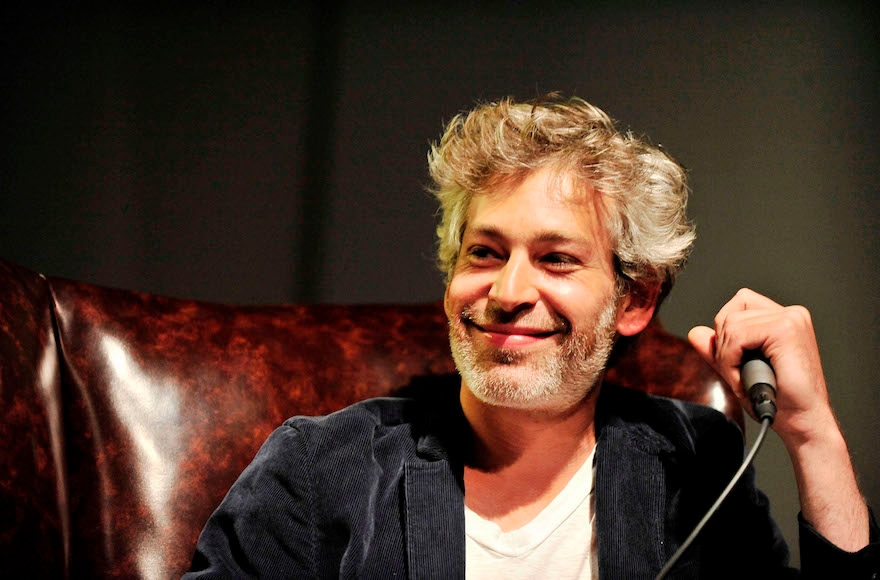 Matisyahu relaxing at the Sonos Studio in Los Angeles, California on May 20, 2014. (Jerod Harris/ Sonos via Getty Images)
Advertisement

(JTA) — The Anti-Defamation League honored the American Jewish reggae singer Matisyahu for standing up against an anti-Israel boycott.

Matisyahu performed his anthem “Jerusalem” on Thursday at the ADL annual meeting in Denver.

In August, he was slotted to play at the Rototom SunSplash reggae music festival before BDS activists pressured the event’s organizers to disinvite him because of his support for Israel. Matisyahu, refusing to comply with the demand of organizers that he issue a statement in support of the Palestinian national movement and against Israel, was dropped from the program.

After a backlash from Jewish organizations and the Spanish government, the festival organizers apologized and reinvited Matisyahu. He performed before a crowd that included people waving Palestinian flags, including “Jerusalem,” which stresses the Jewish biblical connection to the land of Israel.

“It is my honor to stand here today as head of ADL to recognize you for having the courage to stand up against those forces of ignorance and intolerance,” said Jonathan Greenblatt, the ADL’s CEO, who presented the performer with a paper cut made in Israel and inscribed with the words “Love Thy Neighbor as Thyself” in Hebrew and in English.

“As someone who has made a commitment to performing as a proudly identified religious Jew, and as someone whose music is imbued with the words of the prophets, you have inspired a generation of young Jews to take pride in their heritage and to connect to it,” Greenblatt said.

In accepting the honor, Matisyahu said of ADL, “When everything was happening in Spain, you guys were the first to speak out, so thank you.”